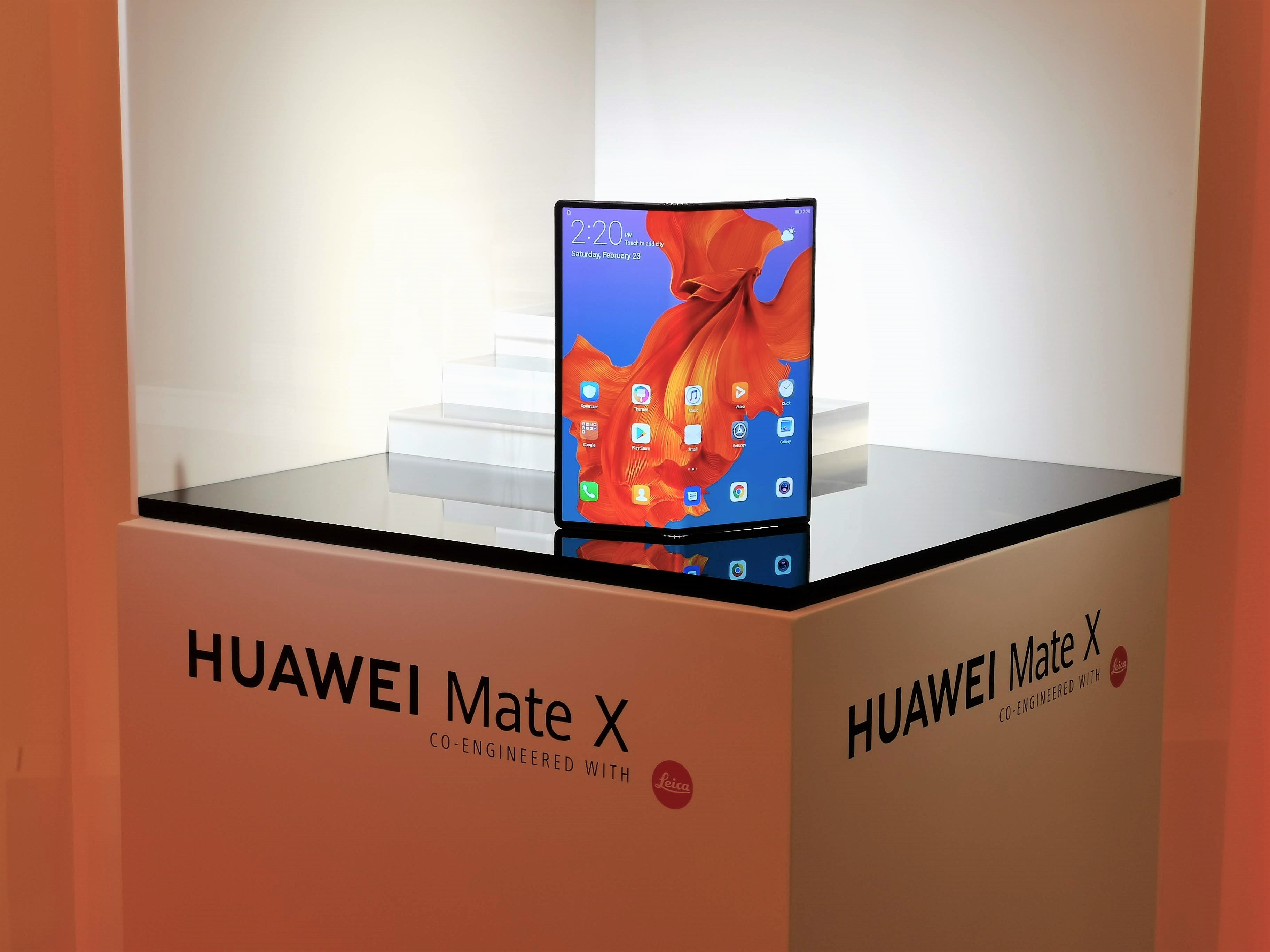 Samsung gained a lot of attention, for all the wrong reasons, with their soft launch of the Galaxy Fold. Huawei on the other hand decided to take a different path and quietly postponed their foldable’s release until they had perfected the device. Overnight images of an improved Mate X have appeared suggesting the launch may not be too far away after all.

One lucky journalist, Li Wei, bumped into Huawei CEO Richard Yu at an airport in China and managed to get a bit of hands-on time with one of the newer Mate X models and shared their pictures on Weibo. 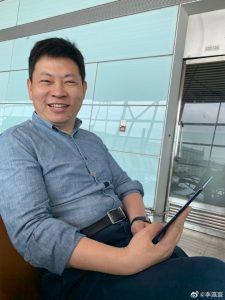 The images of the updated device now show a fourth camera on the rear which according to the Huawei website is a ToF camera — and it makes sense to include every camera possible in a device that will be more expensive than every other device around.

There is a new handgrip along the spine of the device looks to be carbon fibre but we suspect it will just be a carbon-fibre-look polymer although at the price expected it may well be the real deal to add strength to the hinges.

The device as shown to the journalist did not have any visible navigation buttons and is most likely being navigated around by using gestures which Huawei and other phones have had for along time. It seems strange that with a device so big there is still a requirement to have more display in use through the use of navigation buttons.

Huawei’s CEO told Li Wei that the launch had been postponed with the date being September last thing we heard. It is unlikely going to be released at the same time as the Mate 30 as it would remove some of the shine from their new flagship so we expect it to arrive a few weeks after.

If Huawei’s CEO is happy and willing to be captured using the device in public you would assume that the device is nearing completion and that the release is imminent. Of course other factors play into their timing and although we expect it to arrive a month or so after the Mate 30 do not be surprised if it is launched soon.