The next Android flagship to launch will be the Huawei Mate 30 line of phones but it has been unclear when it will be announced, until now.

Russian tech website hi-tech.mail.ru have, while naming their source, been informed of the date of the Mate 30 announcement along with a little detail on the smartphone. They were told that the Mate 30 will be shown off in Europe on September 19. The Mate 20 was announced on October 16 last year but we suspect with the Trump-imposed Android axe hanging over their heads they have brought it forward before that axes drops (if it does). 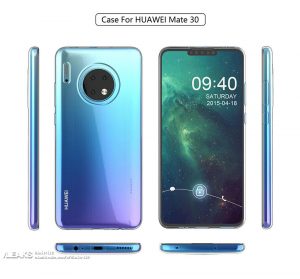 They were also told that the new Mate 30 will sport Huawei’s new Kirin 990 (hardly a surprise) and that one of the main features of the new chipset will be an increased battery efficiency. The phone will also support an always-on mode and will run EMUI 10 ontop of Android Q — interestingly Tech-mail are also reporting that they were told that the new devices will not receive pre-installed Google Services “due to the ongoing conflict with the US”.

If the Mate 30 doe in fact arrive without Google Services pre-installed that would not bode well for its release given that Google Services are required for installing apps from the Play Store etc.

With the supposed release date just 5 weeks away it will be interesting to see what else we hear with regards to the software on the Mate 30. Hopefully cooler heads will prevail before then but given the current US Government’s record of sensible decisions we suspect it may take more than a few weeks to sort itself out.

Would you buy a Mate 30 without Google Services?

Without Google I would not go near a Huawei .

“Can always sideload gapps if it does not come pre-installed.”

You can’t expect an average customer to have skills to do so. Unless this is “baked” into phone setup process and done automatically, I can’t see how any Mobile Carrier would sell such “incomplete” phone.

Can always sideload gapps if it does not come pre-installed.

Awesome Phone, I cant wait to get one with harmony os.

Awesome phone, i want to get one with harmony OS.