Sonos are one of the better-known brands of speakers around and it seems that they are expanding the functionality of their speakers this year. They have always streamed music using Wi-Fi but never Bluetooth — that is set to change at IFA this year.

The Verge has managed to obtain details on the new upcoming Sonos speaker which was spotted on the FCC website just last week. The speaker with the model number S17 is detailed on the FCC filing as:

A high-performance wireless speaker and part of the Sonos sound system. The device’s primary function will be for streaming with Wi-Fi, but also features Bluetooth audio streaming and Bluetooth Low Energy, used for simplified setup.

This would be the first time that Sonos have made a speaker capable of Bluetooth audio streaming via pairing with a mobile device. Along with this the speaker will house a USB-C port and and Ethernet jack.

The speaker which is taller and wider than a Sonos One, will support both Amazon Alexa and Google Assistant and will sport a handle on the back of it for easy transportation. Apparently the digital assistants will not be supported in Bluetooth mode. 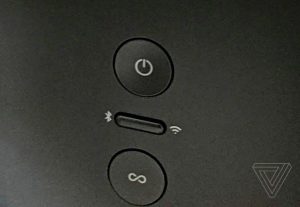 The speaker itself has all the standard control buttons on top of it that are on the Sonos One but will also feature a new button which will allow the user to switch between Bluetooth and Wi-Fi.

Last week Sonos sent out invites to their IFA event on September 4 and 5 which is where we expect them to reveal this new portable Bluetooth speaker. 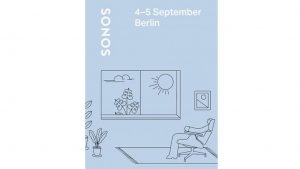 You would expect this new speaker to be priced more than the Sonos One as it has more functionality and it will most likely arrive here in Australia not long after the rest of the world. Would you pay that pricing for what is likely to be one of the best portable speakers around?