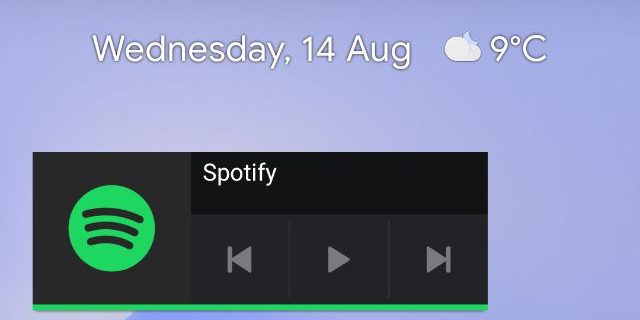 Sometimes you really have to wonder what goes through the heads of some companies and developers. You suspect that they must have reasons behind their design and feature choices but there is always people who are left disappointed with their choices.

Spotify are feeling that wrath of the disappointed many today with their decision to remove the widget from their Android app. Widgets are something that have been present in Android from the very beginning with many people using them for various things but for some reason Spotify have removed it in their latest update.

Spotify have said on their community page that they are “retiring” the widget and putting their “energy into new ways of creating the best experience” for their users. Instead they are suggesting that users control their Spotify music using the playback notification in the Android notification shade — which seems sensible to us.

After what must have been quite a few complaints a moderator there has suggested folks vote for the idea to reinstate the widget. Spotify have already responded to that saying that the idea is set to “Not Right Now”. Our analysis is that Spotify most likely have the figures of who actually still uses the widget and the percentage was so low there was no reason for them to keep it in the app. For every feature that is added an app will often get slower so to remove one feature which only a small percentage of users make use of seems to be a wise choice.

I have not used a music widget since Google introduced the playback notification so cannot see nay issue at all with this decision. If I want to control my music it is a lot easier to swipe down the notification shade where I am in the OS than it is to go home and then access the widget and THEN back to where I was in the OS.

I certainly won’t miss the Spotify widget. Will you?

If you’re getting mad over this you really have too much time on your hands. Be more productive!

I don’t use Spotify personally, but if Pocket Casts or Audible pulled a stunt like this I’d more than likely change to another service. I’ve found that Android has gotten too efficient at killing background audio apps and I frequently need to restart them to get the notification back.

I used to use the widget, but since it wasn’t resizable I gave up when moving to a larger screen phone.
I use the playback notification too so removing the widget doesn’t bother me