Two weeks ago, these smart WiFi lights appeared in ALDI’s Smart Buys catalogue, and they were a real hit. As regular ALDI shoppers ourselves, we noticed these flying off the shelves, such that by Monday (they went on sale Saturday) they’d all but disappeared.

However, such was the popularity that ALDI has done something it doesn’t often do with Special Buys, and it has restocked across a number of stores in Sydney’s north.

We’ve seen the whole range re-stocked at Westleigh and Mt Ku-ring-gai stores, and speaking to staff, we understand this is likely the case across many stores, not just this area.

The re-stocked items include smart WiFi globes, downlights and more:

What makes these smart lights so good? Well, integration with Google Assistant and Alexa for one, as well as the ability to integrate them with your IFTTT routines for more complex arrangements. It’s not just lights that go on and off, either, with multi-coloured LED strip lights as well.

If you’re not in the Assistant or Alexa ecosystem (yet?), you can of course control all these devices with the Brilliant app on iOS or Android. All you need is a WiFi network for your new lights to connect to, and control is yours.

Savvy integrators will recognise the layout of the Brilliant app – it’s the same app (with a lick of paint) as the Medion Life+ app, and a few others. These lights use a common smart platform – Tuya – meaning that you can use any of the compatible apps to control them. If you’ve already got Medion Life+ smart switches – as we do – you can simply use that to add your lights, instead of a different app. Neat!

While stores have replenished stock this weekend, the same proviso applies – they’re not likely to sit around on shelves for long. 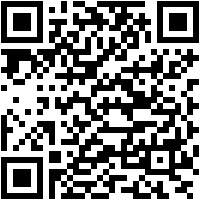 Just remember that they are old fashioned 2.4Ghz wifi. Not 2.4/5Ghz . Some modem routers will have issues connecting to the globes – the solution to turn off 5GHz is simple, but why does it only work only on old wifi ?

Interesting they’re being restocked up your way, my local Aldi’s in Vic don’t seem to have sold their original stock. I’m hopeful they’ll be discounted soon.