Home News and Editorial Reviews Australian review: Fitbit Ace 2, the wearable to get kids on the... Fitbit released the original Ace as a fitness tracker for kids last year in a bid to tap into the older child market, and with childhood obesity growing every year it is something that should be a growing market.

Here at Ausdroid, when a product designed for kids comes along, we get a kid to review it. This time it was our Deputy Editor in Chief’s son, Adam, and he had his turn to have a crack the review. He went at it with gusto, as only a 10 year old boy can do. Pay attention as he tells us everything we need to know about the Fitbit Ace 2. How is the Fitbit Ace 2 different from the Ace?

The second generation of the Ace, the Ace 2, is aimed at a younger age group as can be seen by the design differences. The Ace was a smaller, pared down version of the Fitbit Alta and as such had a more stylish design geared towards teenagers.

The Ace 2 comes in a variety of colours and styles with all of them bright and with a different colour for the watch band buckle and loop. The boys one we received was a blue with yellow buckle and loop but it is also available in a watermelon colour with teal clasp pinkish with green buckle.

The band is a softer band this year leading to a much more comfortable experience something that Adam did not ever want to take off. He wore it everywhere, even when told not to with the confidence only someone so young can have:

“You can’t wear that in the shower”“Yes I can its swim-proof!”

Adam wore it overnight when sleeping and although he takes after his father and sleeps like a log at all times, the watch was comfortable on his wrist overnight. It was great to be able to track his sleeping patterns and see how they related to his moods.

Adam found that the battery lasted around four days and the charging was through yet another proprietary charging post from Fitbit. Using pogo pins on the back of the watch it charges — just about each Fitbit I have used uses a different charging mechanism. 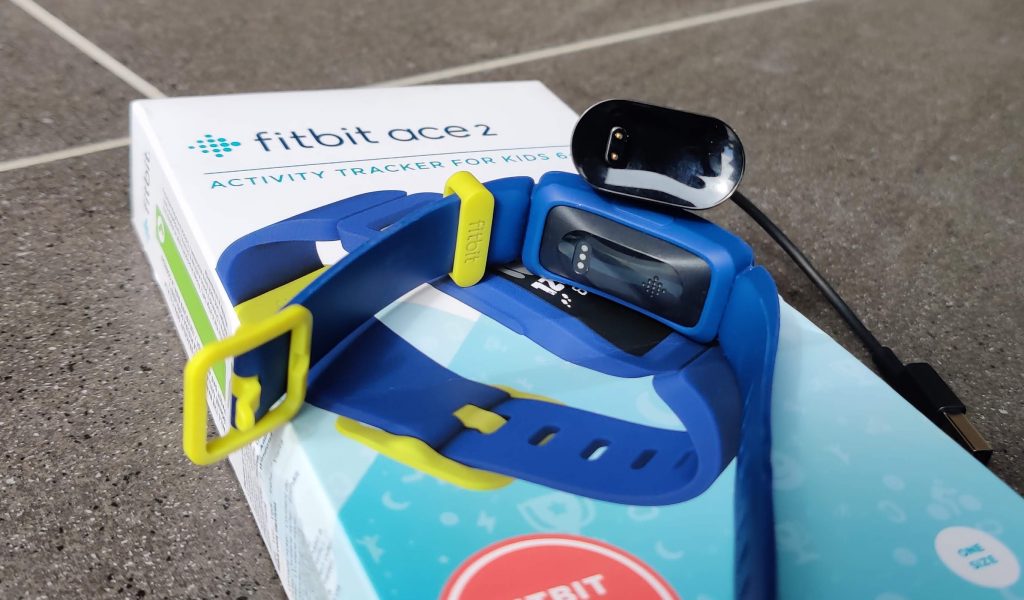 The display is a grey-scale OLED touch display that is easy to use with the touch very responsive. Adam thought the display had zero lag between touch and the response to it. Where the Ace generation one display was snot touch responsive at all this one is next level — it is in fact the exact same display Fitbit have used in the Inspire and Inspire HR fitbands which speaks to the quality of it.

As per so many displays it was difficult to see in bright sunlight but that is not unusual. The detail the display showed was great according to Adam and he was very happy with the range of watch faces provided by Fitbit. The various watchfaces were fun and easy to use which is what you want for a kids wearable.

The Fitbit Ace 2, like the Ace one, cannot be set up by itself by the child — it needs to be set up via a family account by a parent. After creating a kids account the child can then setup the Ace 2 on their device. The child can then access all information provided by the wearable to the app.

All in all, Fitbit seem to have hit a sweet spot with the information provided by the app, how easy it is to access as well as how much the child can control and see their Fitbit data.

He said it was disappointing he couldn’t track his heart beat but if you are trying to track a child’s heart rate you are doing it wrong. When making a wearable for a child that is also affordable, the things not required are killed off first. The heart rate monitor did not make the cut but kids should not need to track their heart rate unless they have a medical condition, in which case they should have much more expert medical opinions and devices before exercising.

Should you buy it for your kids?

If you are looking for a way to not only see how much activity your child is doing and how well they are sleeping then you should definitely consider this wearable. The wearable with its childish design is best for primary school aged children.

Adam, at 10 years old, found the watch fun and loved using it. I still cannot get it off his wrist, although I have not tried as it has “made him conscious of how many steps” he does. As a child with a heap of energy he will run around the house at the end of the day just to get himself to that 20,000 step target. 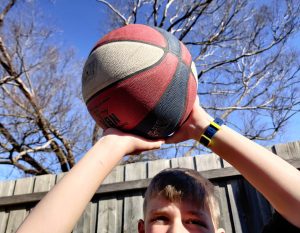 Kids in 2019 do not get enough exercise/activity, including my own, and this is one way to challenge them to move more. I highly recommend considering this or some other wearable designed for kids if you are concerned about your kids not getting enough activity.

The Fitbit Ace 2 is available from Fitbit.com as well as any other place where Fitbit wearables are sold for RRP AU$129.95. It is available is two funky colour combinations: Night sky (blue) with neon yellow clasp and also watermelon with teal clasp.