Home News and Editorial Fitbit reveal the Versa 2 plus a couple of other new products,... We have heard a lot about the Fitbit Versa 2 in the previous couple of months but until now none of it was official — now it is.

Fitbit have today launched their September 2019 lineup of products with the big ticket item being the Fitbit Versa 2.

The Fitbit Versa 2 follows the same design language as last year’s first generation Versa and the Versa Lite released earlier this year but has a faster processor, larger AMOLED display and improved battery life. It is still water resistant to 50m.

The Versa 2 takes the Versa series to a new level with an on-device microphone allowing for Alexa-enabled voice actions and the ability to control the Spotify app with voice actions. The battery is also improved this year and will last you over five days while in action 24/7 as your “health and wellness companion”.

Building on the success of our original best-selling Versa smartwatch, we believe the added value and innovation in Versa 2 with new features like Alexa, a Spotify app and advanced in-app and on-device sleep features, will bring more users into the smartwatch category, allowing them to unlock the benefits of better health.James Park, co-founder and CEO of Fitbit

Fitbit will also be bringing their Sleep Score to the Versa 2 to allow you to get “better insight into your sleep quality”. Allow with this they are also bringing a new feature Smart Wake — coming to ALL fitbit smartwatches soon — which will use machine learning to wake the user during an optimal time in your sleep cycle helping you to wake up feeling refreshed.

With the press of a button you can use Amazon Alexa to not only ask the usual Alexa questions such as finding the nearest gym but also control the watch functions themselves such as alarms, timers, checking local weather and news, controlling smart home devices and more. Alexa on the Versa 2 responds with “discreet, silent on-screen text responses”.

The watch is available in a variety of options such as the standard classic bands, sport-inspired bands along with fashionable leather and suede bands.

There are a raft of subscriptions available to consumers these days and in conjunction with the Versa 2 launch Fitbit have announced theirs, Fitbit Premium. 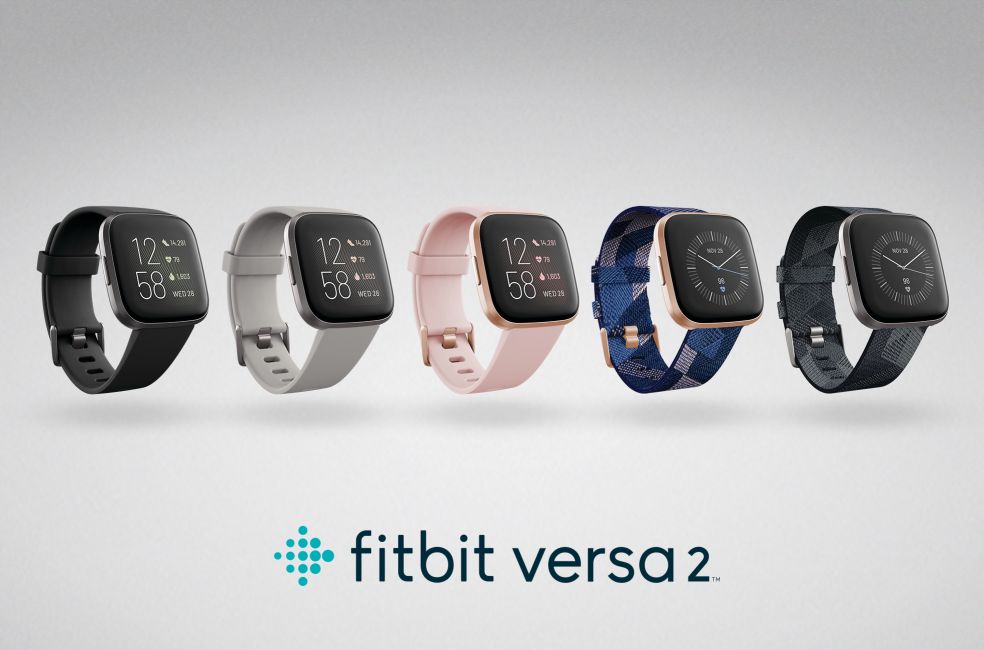 Fitbit Premium is designed to be an all in one place health solution that uses your own data from your Fitbit device to provide personalised guidance and coaching to “help you achieve your health and fitness goals”.

With Fitbit Premium, we’re excited to deliver our most personalised experience yet. It will evolve with you and get smarter over time, delivering the support and guidance you need to help you achieve your health goals.James Park, co-founder and CEO of Fitbit

Fitbit Premium will begin rolling out in September of this year at AUD$14.99 per month or AUD$129.99 per year. Fitbit will be exploring promotional pricing and product bundle offers and will “continue to expand upon and refine Premium based on customer feedback”.

Not done there Fitbit have also announced a new member of the Aria product family, the Aria Air. The Aria Air is a new low-cost Bluetooth scale that allows you to track your weight and then sync it to your Fitbit app giving you accurate tracking over time. Combined with Fitbit Premium and their wearables it can give you more data and detail into your fitness and health goals.

Fitbit Aria Air is available in black and white for pre-order on Fitbit.com and select retailers worldwide starting late September 2019 for AUD$99.95. Locally it will be available at the usual locations such as JB Hi-Fi, Harvey Norman, Amazon and Officeworks.

Fitbit are continually expanding their product line and each year improving on the previous year. If you are in the market for a new fitness wearable why not check out some of these offerings.

After having a versa for almost a year I will never by another Fitbit product. So shit.