OPPO (and others) have been teasing the release of a new Reno smartphone and overnight it was unveiled to the world in three variations, each one hitting a different price point in the mid-range bracket.

All three variations of the new Reno2, the Reno2, Reno2Z, and the Reno2F, feature quad rear camera with new camera features such as Ultra Dark Mode and bokeh video. As we expected thanks to leaked images of the phones, they will lack the periscopic camera module that was housed in the first generation Reno but with the included telephoto lens offering 5x hybrid zoom the Reno2 smartphones will be capable of up to 20x digital zoom.

All three Reno2 smartphones are lower end variants of the Reno but in saying that for mid-range devices they offer some pretty compelling features and specifications. 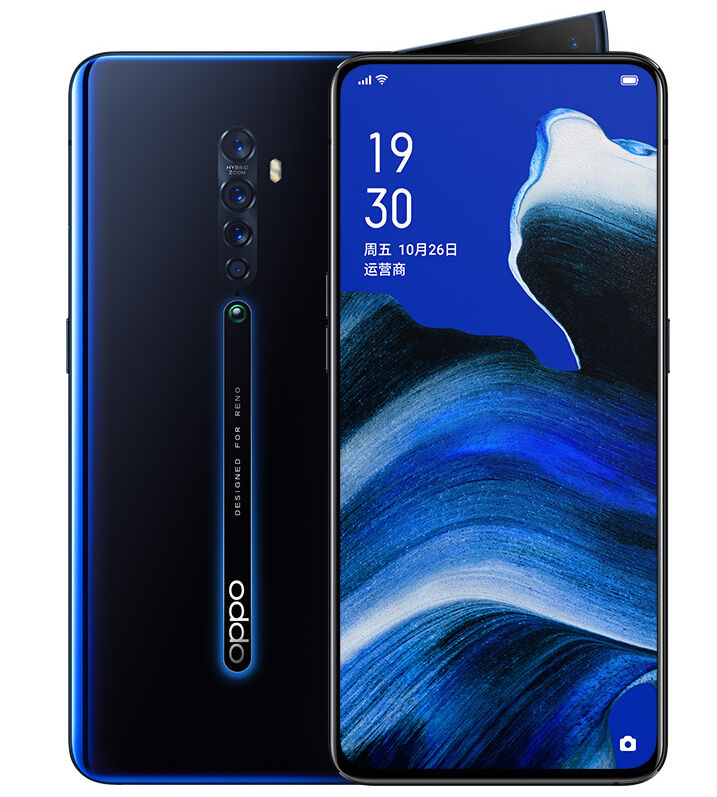 The Reno2 will arrive with a Qualcomm Snapdragon 730G chipset alongside 8GB of RAM and 256GB of on-board storage which can be expanded with a microSD card shold you ever require more than 256GB. The rear camera setup will include a 48MP rear camera with PDAF, OIS, EIS, an 8MP 116-degree Ultra Wide Lens, a 13MP telephoto lens and a 2MP mono lens. The front facing camera will be a single 16MP lens on top of the sharkfin popup mechanism that was included in the first gen Reno. 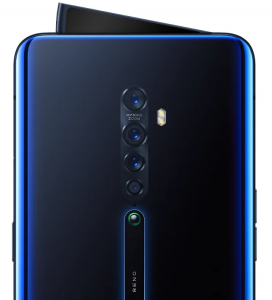 There will be an in-display fingerprint sensor underneath the 6.55-inch 1080P dynamic AMOLED display and will be powered along by a 4000mAh battery. For some reason OPPO have included a headphone jack as well. It will be available in Ocean Blue and Luminous Black colours for US$515 with sales beginning 20th September.

These two Reno2 smartphones are very similar in design to the headline Reno2 but with a popup camera rather than a sliding sharkfin camera. Their processors are MEdiatek rather than Qualcomm and have older versions of Gorilla Glass to keep costs down.

The rear facing camera, while still a quad camera setup, is much paired down with its configuration at 48MP, 8MP, 2MP and 2MP but will maintain the same 16MP selfie camera as on the headline act. At this stage only the Reno2Z has a price (US$415) but with the specs lower again on the Reno2F you would expect it to be even cheaper. These two smartphones will go on sale in November.

You can check out all the specs in a table thanks to XDA below:

At this stage there is no indication whether these smartphones will arrive in Australia but given that OPPO built it’s Australian marketshare based on the mid-range we expect them to arrive before too long — after all the Reno and Reno Z are doing well and look amazing, why not offer the same good-looking phone albeit with lesser specs for a cheaper price?

We will let you know as soon as we hear anything back from OPPO regarding this phone arriving Downunder.