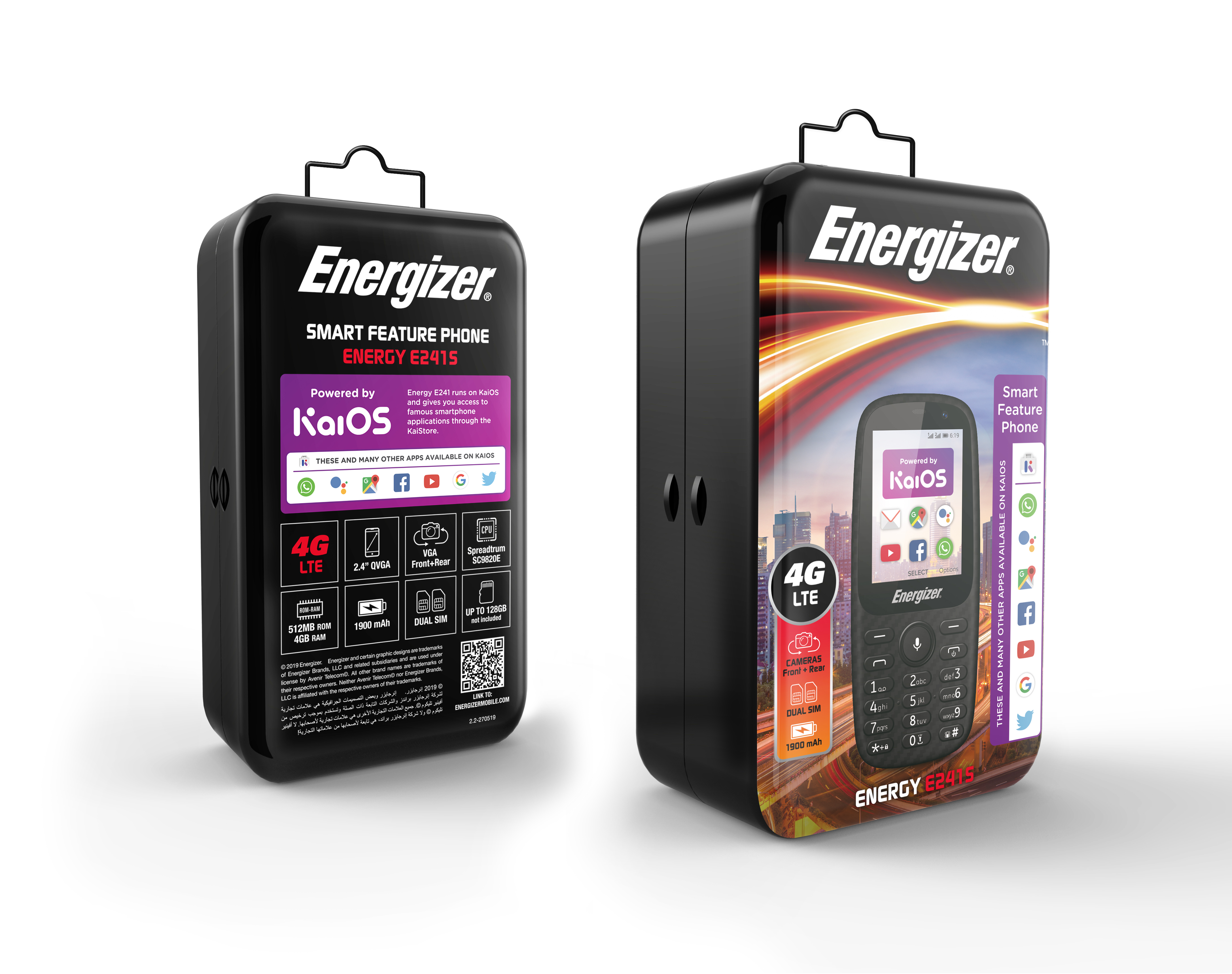 They’re not fancy — and probably not coming down under.

At IFA 2019, Energizer — or at least the folks who own the branding rights to produce Energizer branded phones — has unveiled its newest smartphone range.

But don’t get too excited. Unlike the giant Energizer Power Max range, these aren’t phones with massive batteries or huge screens. Quite the reverse in fact, because they’re essentially feature phones — right down to the design — running on KaiOS with a small range of onboard Google services.

Energizer has two models, both with names that won’t trip off your tongue easily. The Energizer E241 is a 3G phone, while the E241S is the 4G model. They’re both packing 1900mAh batteries, dual SIM capability and preinstalled WhatsApp, YouTube, Facebook, Assistant, and Maps on board. There’s also promised access to the KaiOS store, which users of the Nokia 8110 4G might be familiar with for additional apps.

Although using it with a full T9 keyboard might be more trouble than it’s worth. Likewise, while Energizer boasts of them having both front and rear cameras as a big selling point, they’re both VGA only. That fits to an extent with their rather retro charm, but you’d be hard pressed to get any kind of acceptable shot out of either of them.

They’re also very cheap, with Energizer suggesting Euro pricing at €29.99 (~$48 AUD) and €34.99 (~$56) respectively. There’s no sign of any direct Energizer distributor in Australia, however, so you’d have to import one if you were that keen.