Wellness gadget manufacturer Fitbit has launched their new Versa 2 smartwatch in Australia today, following the announcement last month, with new features including an AMOLED screen, built-in Alexa assistant functionality and control of Spotify plus Deezer apps on your phone (only if you’re a paid member of them).

As readers will have noticed there is trend of many hardware manufacturers trying to increase ongoing revenue streams by offering their customers subscription services.

The Versa 2 will only be able to tell you it’s more detailed personalised fitness and health advice if you subscribe to the new Fitbit Premium service which aims to be like your own personal trainer.

The main difference between the standard Versa 2 and the “Special edition” is extra woven fashion wristbands and 3 months of Fitbit Premium service included.

NFC payment via Fitbit Pay (if your bank supports it) is included in the standard and special edition versions, unlike previous Fitbit models like the Charge 3 where you had to pay for the special edition to get NFC built in.

At the launch event Fitbit Australia also announced local availability of the Aria Air smart scales for $99.95. The Aria Air is a low-cost Bluetooth scale that tracks your weight over time and syncs with the Fitbit app to calculate BMI. 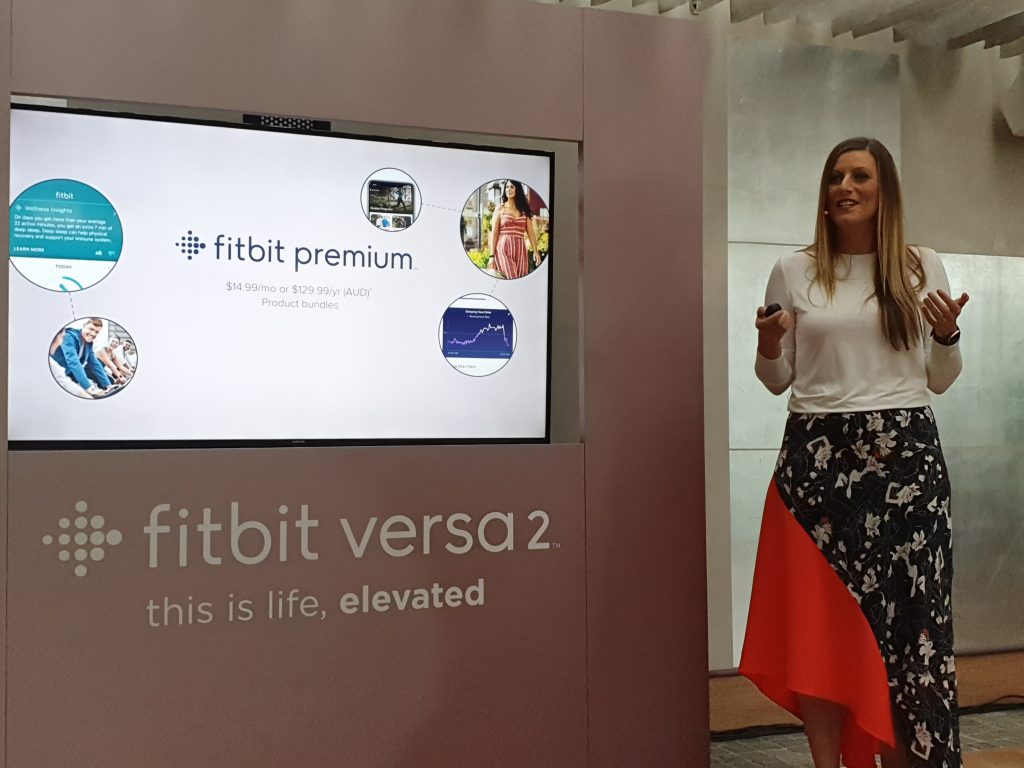 The Fitbit Versa 2 is available to purchase right now for $379.95 Special Edition or $329 standard edition from the directly from the Fitbit website or major retailers such as JB Hi-Fi.

I had a look at the display model at JB Hi-Fi today. They didn’t have a working model on display. From the outside, it looks very similar to Versa 1, even the screen size. Had a look at the specs and nothing stands out. Pass.
(I have a Versa 1).

Fair point, as long as your smartwatch is still working with decent battery life there’s no massive reason to upgrade every time a new model is released

Like where there are going but the screen still feels too small on the Versa 2….can’t get into it as it looks a bit like a kids watch on my wrist

Haven’t heard anything about a new model of the Ionic. AFAIK Versa is fitbits best selling smartwatch