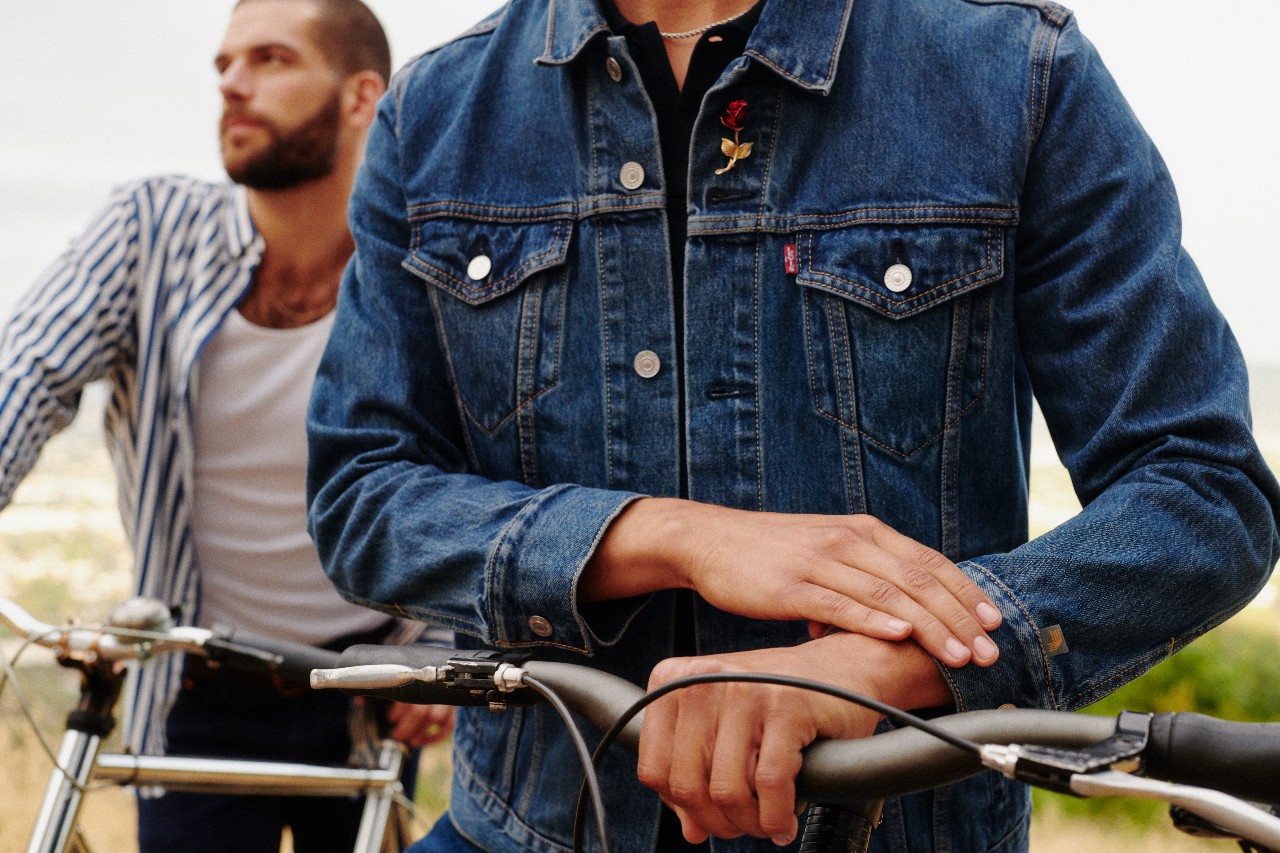 Google’s Jacquard (no longer a “project”) is finally coming to Australian shores as Levi’s announces local pricing and availability for two new jackets featuring the wearable technology launching in the coming weeks.

Jacquard is a small tag that can detect motion gestures performed around it, which connects to your phone with Bluetooth to perform actions based on those gestures. The tag fits securely into a small USB-A socket sewn into the cuff of the jacket, which is also how it charges.

It’s a couple of millimetres thick, and about the length of a small USB flash drive. Jacquard vibrates gently, and also features a notification light that can provide information at a glance without you having to unlock and look at your phone. It’s been a while since Jacquard’s original product – the Commuter jacket, also from Levi’s – came to market in 2017. The Jacquard tag is now in its second generation – smaller and lighter.

The new trucker jackets on offer are available in men’s and women’s designs (if you’re unsure, you could just read that as denim jackets, although the denim is a little heavier than a standard casual jacket) and a Sherpa version with fleece accents to keep you a little warmer.

Each jacket holds a Jacquard tag in its left cuff, sitting just above your wrist. Like much of Google’s wearable technology, Jacquard is about putting useful information where you need it and you can use it, without you having to unlock your phone to get at it. Because people wear their jackets when they’re going places, some of Jacquard’s features are based around transport – features to help you go places and things you might want to do while you’re out and about.

Gestures are simple – as you’d want them to be. You can brush the cuff of the jacket in (from your hand up your arm) or out (they other way), double tap, or cover the sensor entirely. As with most wearable devices, there’s a companion app that lets you customise the actions that will be taken when you perform gestures. Some gestures will trigger a response from your phone.

Media playback is one of the main gesture control options, which makes sense when you consider that people will wear their jackets while on the move. While many headphones these days feature their own playback controls, more options are always good.

While you’re out and about, you can add a Star to Google Maps at your current location – handy if you see something you’d like to come back to, but need to focus – and you can get information about your journey (ETA, directions). You can also find your phone, trigger the Google Assistant, activate your phone’s camera, turn on Jacquard’s LED light and more.

Gesture actions are part of the story – Jacquard wants to help you be aware of and respond to things that are happening. These are Alerts, and they cause a vibration and LED activity, and they take over the gesture inputs temporarily to allow you to respond.

If you’re going somewhere, Jacquard offers integration with Uber and Lyft to tell you when your driver has arrived. This is a great example of an Alert that can be assigned to one of the LED colours (pink, blue or green) – it’ll blink for 5 seconds on approach, and 30 seconds when your driver arrives. While it’s blinking, you can perform a brush-in gesture to have your phone read out information about your ride.

Jacquard also lets you identify important contacts to create an Alert when they call or text, and set an auto-reply text message should you brush-out while a call is coming in. 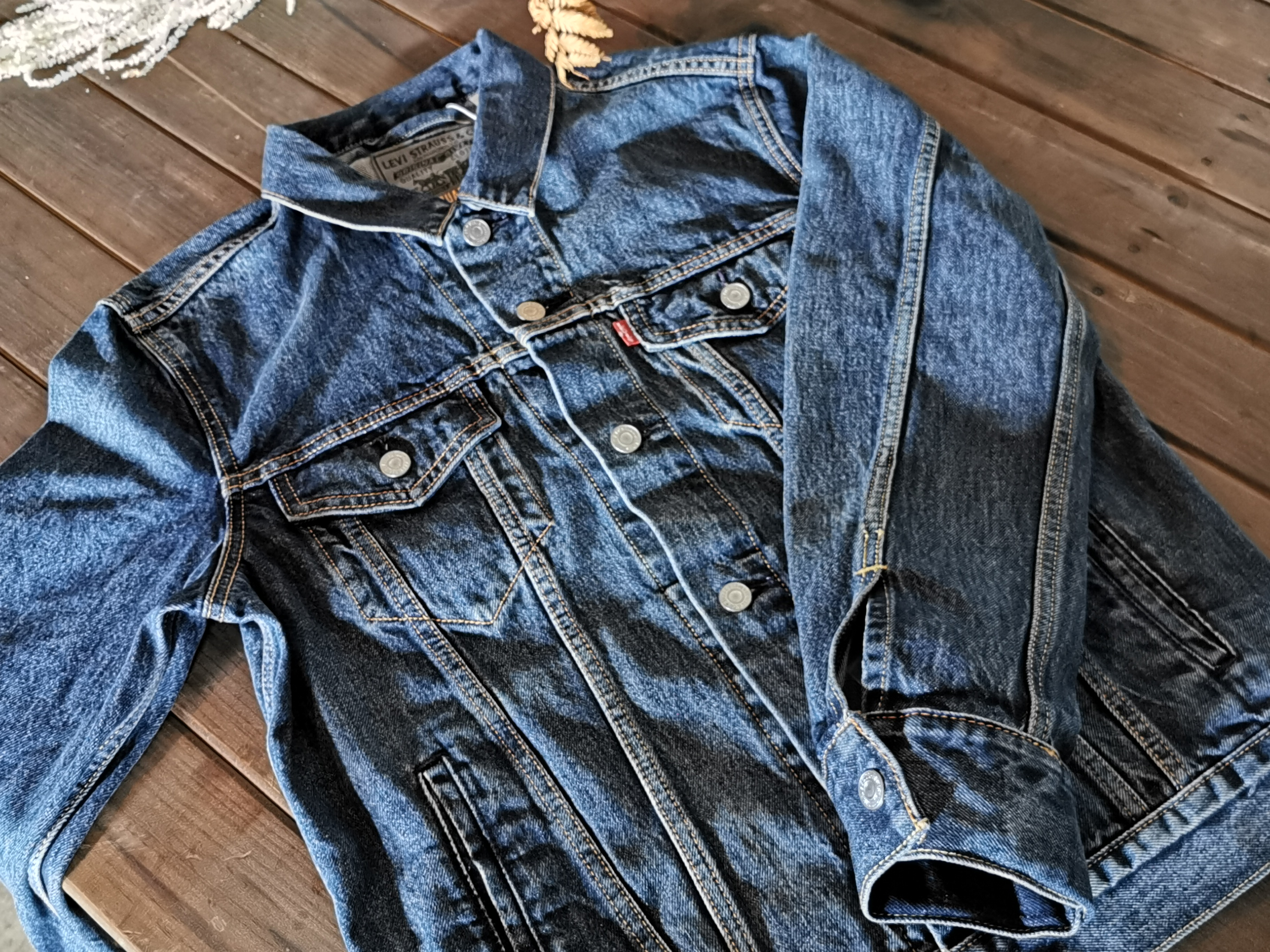 “Connected, not distracted” is the tagline for Levi’s new Jacquard range, and it’s got connections into Google’s Digital Wellbeing (which includes managing screen time and disconnecting from technology), one of the company’s major focuses of the last couple of years.

To illustrate the level of distraction we get from our smartphones, Levi’s built the Hall of Distractions at Sydney’s Carriageworks, a giant installation showing a year’s worth of mobile phone use – unlocks, messages, app time, and screens – compressed into a few minutes.

Watching the stats pile up showing hours of usage in apps like Netflix and Instagram, you can see just how much time we spend looking at our devices. I also realised my own screen time and app usage is pretty typical – so much for being a “power user”.

Jacquard isn’t meant to replace a smartwatch or take a ton of attention away from your mobile device. Rather, it does some things. It gives you specific information when you need it without being distracted by unlocking your device, seeing a notification from another app and then going down that rabbit hole so far that you forget what you were doing. It gives you the ability to do some clever things while you should remain focused on what’s going on around you.

It’s funny to think of an item of clothing as an extension of your personal technology, but it’s designed to unobtrusive and unlike the first generation of the technology (that never made it here) doesn’t seem to add much onto the price of the new jackets.

I’m not sure a trucker jacket is the look for me – I tend to go with a lighter fabric jacket rather than denim – but I’m giving it a go. Like most denim jackets, it’s comfortable to wear in cool or warm weather, and will adjust and become more comfortable over time.

Given the packaging of the Jacquard tags, you might wonder if Google’s preparing to sell the tags to anyone who wants to add them to their own clothes soon.

Levi’s new trucker jackets will be in stores soon, with an asking price of $230 for the standard version and $300 for the sherpa version with some additional fleece lining. You can buy the jackets directly from Levi’s, or from Myer in store or online.