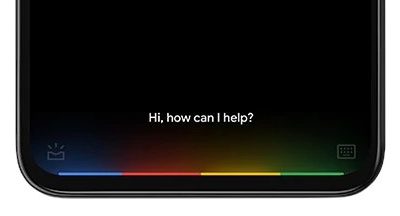 Google just wants everyone to use Google Assistant — and they have been going the right way about it with not just getting their smart speakers into so many places but making it easier and easier to call on the Assistant on smartphones.

According to 9to5Google beginning with the Pixel 4 Google are looking to introduce a ‘Raise to Talk’ feature that will summon everyone’s favourite digital assistant. The idea behind this feature is to allow Continued Conversation’ to function better as that only functions once Assistant is activated.

The way the new feature will work is that lifting the phone and immediately asking a question (without an OK Google hotword) will automatically activate Assistant — if the question does not come immediately after lifting the phone Google will ignore any speech until it is activated again — either by lifting again, using the hotword, squeezing the active edge or swiping up from the corner (so many ways to do it already!!).

For the security conscious, all voice recognition in this instance will occur on-device. At this stage though Assistant is not available in the background at all times but it seems not far away at any one time, with so many ways to active it.

The new ‘Raise to Speak’ feature is still in development and it is unclear whether it will be available at launch and given that the launch is under two weeks away now it is unlikely it will be ready by then.

Yet another feature to look forward to on the Pixel 4. Google are really bringing a great package to the table this year with the Pixel 4 with improvements in hardware and software — hopefully it translates into sales for them.