HMD Global, the company behind Nokia-branded phones, announced yesterday that the Nokia 6.2 and Nokia 220 4G are headed to Australia later this week.

Both devices will be made available via the usual retail channels here in Australia.

The Nokia 6.2 is the follow-up to the Nokia 6.1, and will be the first 6-series smartphone to premiere a triple camera and PureDisplay technology, bringing HDR entertainment and advanced cameras.

It also brings with it the Google Assistant dedicated button, a convenient way to access Google Assistant any time. This feature has been introduced a lot of the current Nokia devices, and it’s a welcome addition.

The Nokia 6.2 also comes with HMD Global’s guaranteed monthly security updates for three years, and OS upgrades for two years – it’s a notable feature that Nokia users enjoy, and something that has pleased us in the Ausdroid office.

Here’s a full rundown of the specs the Nokia 6.2 is offering:

The Nokia 6.2 will be available in Ceramic Black and Ice from Thursday (October 17) at Harvey Norman, JB Hi-Fi and The Good Guys for $399 RRP. 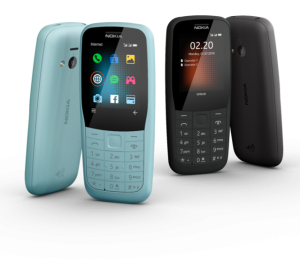 The Nokia 220 4G is a classic Nokia feature phone that utilises and supports HD voice calls over 4G LT. It allows users to surf their favourite websites using the web browser, or share updates and content with friends and family with social media.

While this is essentially a feature phone (it runs KaiOS), it does feature some Google apps.

The phone is powered by a removable 1200 mAh long-lasting battery, and there’s 24MB ROM / 16MB RAM with a bonus 16GB MicroSD card included.

The Nokia 220 4G will be available in both Black and Blue from Thursday (October 17) at Harvey Norman, Big W, The Good Guys and JB Hi-Fi for $79 RRP.

Are we receiving the dual SIM model or being dudded again?