It’s been a while since we’ve seen any movement in Australian financial institutions adding support for Google Pay, partly because a fairly large proportion of the organisations have already moved over, and partly because those who haven’t seem like they might not.

This weekend, Google listed the all Digital bank 86 400 as a partner.

We originally reported on 86 400 when they received regulatory approval to operate in Australia and since then they have continued to expand their local operations. 86 400 wants to be a digital-first, platform-agnostic financial institution focused on its users. 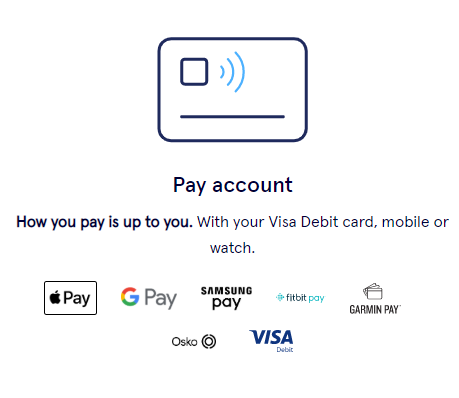 Looking at the list of digital payment providers that 86 400 does support, we’d say that they’re making good on at least part of that customer commitment. 86 400 was always going to support Google Pay and today’s update seems more like Google adding them to the list of supported platforms.

Xinja Bank is another one of Australia’s new digital-first online bank with a similar ethos and product offering as 86 400. As of last week, Xinja is now supporting Google Pay on their Visa Debit card.

If you want to check out all of the Australian financial institutions that support Google Pay, check out our full list here and shout out in the comments if one is missing!

Bankfirst joined Google pay (and apple pay) about a month ago. They don’t appear on the Google list of supported banks, nor on the list on finder.com.au, but they are supporting Google pay.

I’m more interested to know if banking apps etc will work with the Google pixel 4/XL,or will you have to use a pin, 😏

I’m a 86400 customer and I added my Card to Google Pay at least a week to 10 days ago. I have signed up to a few of these new digital banks looking for a a better way to manage my money. I was an early customer of Up and initially found them pretty good. However, I found salary payments took longer than I had expected and the product also hasn’t developed at the rate than as the early days. I want to know how be able to overview my financial status in one place, which 86400 seems to be… Read more »

I am with Up, and have been for over a year now. I recently switched my salary over to them as well and I receive my pay on the same day that I get my payslip so it’s going in same day. Up have been making huge advancements in their app recently with heaps to come too. They just added salary identification with the ability to auto-transfer percentages of your pay to various savers which is pretty cool. I’m an 86 400 account holder but I find their app lacking. I’m also a beta Xinja account holder and it’s a… Read more »

Couldn’t agree more Will, Up are just providing me a pocket money card at the moment but very tempted to move my daily transactions over and just leave my savings with ANZ

Well worth it. The Salary identification and auto transfer is fantastic. With joint accounts and other smarts coming it’s only getting better.

I’m looking forward to seeing what Xinja are going to bring to the table as well.

I realise this won’t be Google but my GPay/Paywave just started charging me surcharges for this (even though it’s a Debit Card rather than full on credit card). back to PIN for me.

I looked at 86 400 bank website over a month ago and it listed it GPay as being available.

The neobanks are a good alternatives to the mainstream banks that have been scandalised in the Royal Commission.

You can safely put your savings in a neobank if you live in Australia, as the Australian government will guarantee your savings up to $250,000. Other countries don’t do that.

Why save with a traditional bank, which gives you almost no interest?

I have been waiting for ME bank to catch up, they are an online bank who are way behind! Do you have any idea of when they will be joining?

Don’t wait for your bank to get with the modern age. Just switch banks.

The Guardian Australia wrote a long article about the neobanks, published back in September. It’s worth reading about what they offer.

And for a “digital-first, platform-agnostic financial institution focused on its users” their app sucks big time……lllllooooonnnnnggggg way to go.

Am I missing something? I’ve been a 86400 customer for the past two months and have been using Google Pay with their Visa debit from the beginning.

as we said the update to Google’s list was likely them catching up rather than the service “just going live”. How are you finding the Google Pay integration?