The Australian Broadcasting Corporation (or the ABC, or maybe even Aunty), has announced that Aussie expats living overseas can now download an international version of the iView app for free from either the Google Play store or the App store for iOS users.

The app will give both Aussies abroad and international viewers a choice of show titles to watch which includes Q&A, Four Corners, Insiders, Media Watch, Foreign Correspondent, The Drum, Australian Story, BTN, Gardening Australia, Back Roads, alongside curated content such as Waltzing the Dragon and triple j’s One Night Stand.

“International broadcasting is one of the ABC’s bedrock Charter responsibilities. The availability of ABC Australia iview will open up a variety of outstanding Australian content to audiences around the world, as well as to the more than 1 million Australian expats who live, work or are travelling overseas.”

It is worth pointing out that the streaming service won’t be available in HD, with ABC yet to fulfil a promise to have iView available to stream in HD since 2017.

The ABC iView international app is now free to download from both the Google Play Store and App Store directly. 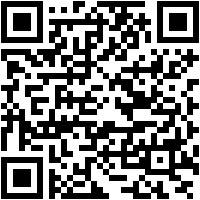 I’m in France and can’t download the app. I think the reason is that my Google Play Store account has Australia as my country of residence (for some reason you need to be outside Australia to download the international iview app). Same for the Apple App Store, which as much as confirms this with the error message that it is not available in my country. So it’s no good for travellers, only expats with App Store accounts linked to their non-Australian country of residence. The good news is that the regular iView app allows viewing here of programs that are… Read more »

About time they did this, long overdue.

Huge! Right before I move to London for a few years 🙂