Google announced the new Assistant Driving Mode at Google I/O this year saying that it would take over from Android Auto on phones but unfortunately the development time has extended past the Android 10 release date deadline leaving many without a solution.

Those with new Android 10 (if you had it installed on a phone that was upgraded to Android 10 from Android 9 then the Android Auto app will still be present) will be able to use this new app to once again access Android Auto on their smartphones.

The app is now live in the Play Store and is basically the same as the previous app but just adds an icon that is slightly different so you can once again access Android Auto on your Android 10 smartphone.

It is interesting to see that none of my Pixel smartphones running Android 10 are compatible with the new app but the OnePlus 7 Pro is. We suspect that this is because Google have made it that those who upgrade their Pixel phones to Android 10 will still be able to see the old icon and have access to Android Auto for the phone. For those who need Android Auto and have not been able to access it since they upgraded to Android 10 or purchased an Android 10 smartphone the app is now available on the Play Store. Let us know in the comments below if you are able to install the app on your phone. 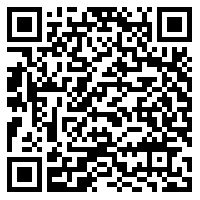 I’m able to install it on my Pixel 2 XL.

Just an FYI. It shows up as available for my Pixel 1 running Android 10 but not for my Pixel 4. However, I’ve been able to run the old ‘Android Auto’ on both for a while now. Weird.

I was able to install the APK from APK mirror. Looks the same other than the app icon