Home News and Editorial November security update with bug fixes still hasn’t rolled out to many... One of the best things about the Google Pixel phones is the fast updates and bug fixes that you get. Usually you can hit the check for update button at the start of each month and the update will roll out to your device. There is also the option to sideload the OTA from the Google factory images website. Not this month though (for either) for many Google Pixel 4 owners.

Many users (including myself) are reporting that the update does not appear in the settings app and flashing the OTA manually via stock recovery and ADB sideload results in a failure every time. Usually this is one way to get the update quickly but it seems that the November OTA is timestamped at an earlier date than what the release ROM was making it fail when trying to install — you cannot flash an older patch over a newer one (wish I’d known this before spending an hour or two searching why it was not working yesterday morning). 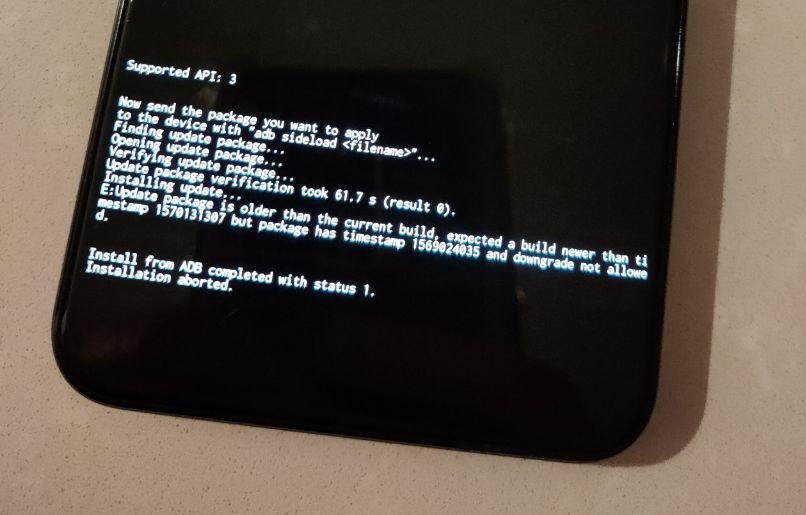 The issue seems to be affecting those with phones not associated with a carrier although that is from overseas reports and we would love to hear from Aussies who have purchased from an Australian carrier — we assume the Aussie carrier phones will behave just as those from the Google Play store and fail with the update.

Android Police asked Google about this and were told that the “rollout is currently on schedule” which does not answer the question why flashing that OTA yourself does not work. Unfortunately the update is not just about security patches but also bug fixes including the 90Hz display fix and some camera improvements for the Pixel 4. I was hoping to run a camera shootout this weekend with the Pixel 4 XL as the main focus — maybe it will start with a handicap already.

The only way to force the update at the moment appears to be flashing the full factory image but to do that you will need to unlock the bootloader and wipe your entire device. How badly do you want that November update?

Any information about the Google 4xl cutting out during phone calls? It’s happened a few times and can’t figure out why..

I know of numerous Pixel 2 users who got the update on the first day.

I bought mine through Telstra & it updated fine.

I bought my 4XL from the Google store and have the November update.

Are you using it as your main device? Maybe it’s something to do with not having a SIM in the phone?