As our lives become more and more connected, digitally stored and accessible, our storage needs have grown exponentially. This is especially so with the advent of the NBN, making our homes more connected with faster connection speeds, which in turn enables faster access to whatever we’ve got stored at home.

Google Drive, Dropbox, Box and OneDrive are all great could options, but they each have their failings – usually based around the ongoing costs of access and lack of storage space for free options.

Any storage – cloud based or local storage to your home – connected to the internet has risks. However, if you want virtually guaranteed access to your storage – especially when you’re at home – then storing locally rather than in the cloud makes good sense. Cloud storage can have outages – though they are rare – but more likely, your internet connection may drop offline, or your account may be compromised.

There is a solution to this is a NAS (Network Attached Storage) device and, provided you invest in the right NAS for your needs, it will have the capacity to run drives in RAID to guard against the risk of drive failure. For most users RAID 1 or “mirrored” drives is going to be the right pathway for backup and ensuring your data remains safe.

A good NAS will have multiple drive options: starting at 2 drives which offers RAID options for data redundancy and speed, and you can go further from there, up to 16 drives and rack mounted hardware, assuming you’ve got sufficient power, space, cash and connectivity to handle it.

I have a lot of data that I store at home so something with 4 drive bays for easy future-proofing is essential to my wants, so the Nimbustor range really caught my attention when it was released earlier this year.

The Nimbustor 4 (AS5304T) is a 4 bay NAS which sports a Quad-core Intel Celeron J4105 CPU. It runs out of the box with 4GB of RAM (upgradeable to 8GB) and dual 2.5Gig Ethernet ports which allows connection to multiple networks or (if your networking allows it) aggregated links. There’s several USB that allow external expansion and devices and 4 bays for hard drive installation. The physical installation of drives in this NAS was so simple. It’s all clip together, screw-less installation and it was fast… very fast! From the time I unboxed the NAS and drives, it was plugged in less than 20 minutes later, which included time to take photos for this review.

The box contents includes the NAS itself, power and networking cables and that’s it. To get access to instructions, you need to scan the QR code on the box to view them online. I’d like to see a quick start guide in the box, but it’s probably not necessary for the majority of users who would buy this. In the current era of electronics, having a set-up process that requires little technical knowledge is a must. There are a couple of install options here, one is the “no brainer” automated installation or you can choose to do a customised install.

Once you kick off the set-up process, you’re guided every step of the way, even when you do the customised install. After the physical installation of drives is complete, the process for setting up users and data shares is a ridiculously easy “follow the bouncing ball” process.

There are several options for accessing your data from the Nimbustor NAS depending on what data you’re trying to access.

Asustor has a number of apps that allow you to access your data directly, specifically purposed and while it would be nice to have a single app, each app is actually pretty well implemented to ensure you can access what you need. It’s worth noting this isn’t peculiar to the Nimbustor NAS – Synology does the same thing.

If you’re inclined that way, you can also set-up port forwarding to allow access to your data from outside your home or business.

If you’re like me and have a reasonably extensive media library, then you’re probably using the NAS to store a lot of media. A number of the Ausdroid team (myself included) use Plex quite extensively for just this reason. The Nimbustor NAS has the ability to install Plex server and honestly, this is the best implementation of Plex I’ve run without needing a stand alone PC or Raspberry Pi as the server.

The hardware is powerful, the storage capability and expandability makes it an option for home users through to SOHO and even medium businesses. The data has good redundancy with various raid options for data duplication and speed. The tools built into the software make it not just usable but accessible for users who don’t have a huge amount of technical knowledge.

The problem I’m facing at the moment with this review is where do I stop, I’ve had the device running for a couple of weeks. I’ve played with a lot of the functions and the more I play, the more I find. I’m tumbling down the rabbit hole and I’m not sure which pill I took. 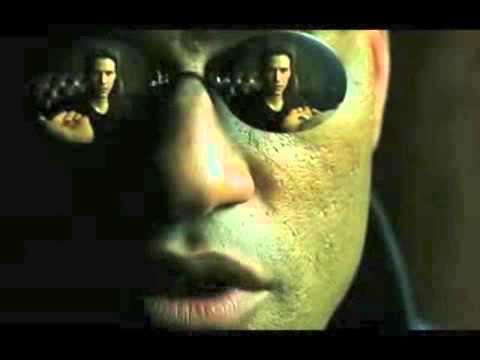 To avoid getting too in-depth, I’ll focus primarily on home user functions: Storage, data access and media. At a later stage we’ll delve into some of the more complex functions and how they can benefit your digital life.

Being a regular user of various platforms, having access to my data easily is very important to me inside and out of my home. It’s easy to map a NAS to your computers and I had zero issues on MacOS, Windows or using Android devices to access the NAS directly.

Outside of the house in testing I used the Asustor Apps for my Android devices and of course, Plex for my media consumption. Something I particularly liked with the app is the fact that it can authenticate against your Asustor account or via IP internally to your home network. If you want to forward the correct ports and have a static IP, then you don’t have to set up your NAS for cloud authentication.

There’s a lot of really well thought out functions in the Nimbustor 4 backup options. Being well invested in cloud storage, it’s a very nice option to be able to synchronise the NAS to my cloud account including: Google Drive, OneDrive and Dropbox. This brings local copies of your cloud accounts (NB. you can be selective about what files and folders you sync) to your home network but the backup options don’t stop there.

There’s also a proprietary backup application for laptops and desktops as well as compatibility with MacOS Time Machine. Adding to this you can also setup external backup to a USB drive that can be plugged in, I set this up for critical and precious data to ensure I have two copies of this onsite at my home and with the cloud sync setup in place – I have off-site backup in place as well.

It’s just one of a number of other less “commercial” options, but if you have 2 Asustor NAS drives you can setup remote replication through their own software. With any of the options mentioned above what’s really important is:

Software and other capabilities

With what has been covered so far, there’s a lot that hasn’t been covered. The main control set-up of the NAS allows you to complete a lot of tasks as well as installing extra applications to complete tasks such as Plex for media.

The configuration possibilities with the Nimbustor 4 essentially mean that you can create your own “cloud” storage. But for those who like to have some physical access to their data, you can actually lay your hands on the hardware not just accept it’s in the cloud.

You can easily share any file on your NAS with anyone through multiple pathways. Android app, browser or email link. What it boils down to is if you can access the internet, you’ll be able to access your files. I really enjoy the way that the Asustor App feels as well integrated on Android devices as the Google Apps like Docs and Sheets does.

Honestly, this is one of the best NAS I’ve used. Coming from a history of IT employment, that’s pretty high praise but it’s not all sunshine, unicorns and skittles. The cost is a big downer, AUD$747 is the cheapest I’ve found the device online ranging anywhere up to AUD$1000 or more. That’s before you grab the hard drives which is multiple hundreds of dollars more.

The biggest thing I would like to see is a fully integrated app rather than the array of apps that Asustor currently have. It would be very easy to go into the wrong app, have the wrong one installed outright or not know where you need to go to meet your needs for a given function.

I’d also like to see some better documentation available for installation of the hardware and the quick start. I know there’s online documentation but some users who need it just aren’t going to use it. This documentation should be extended into some easier to find online FAQ or “how to” pages, a lot of the documentation for more complex functions was somewhat lacking.

At the end of the day, the AS5304T meets my needs and does the job it says it can, doing it well. In very simple terms, a NAS is a network based hard drive but it offers huge convenience and flexibility in what it does so much so that it becomes your personal cloud.

It’s capable of so much more than that too, I’m continuing to delve into the potential and will continue to work towards it perhaps becoming the centre of my home digital life. I’ve already started playing with the web server, email and other home convenience options.

Putting the costs aside and looking at what it offers, there is a peace of mind in having my data protected in a raid configuration in my home. I’m also quite comforted by the fact that my Google Drive and Dropbox are cloned to the NAS as well so on the chance I lose my account, I still have my data locally. 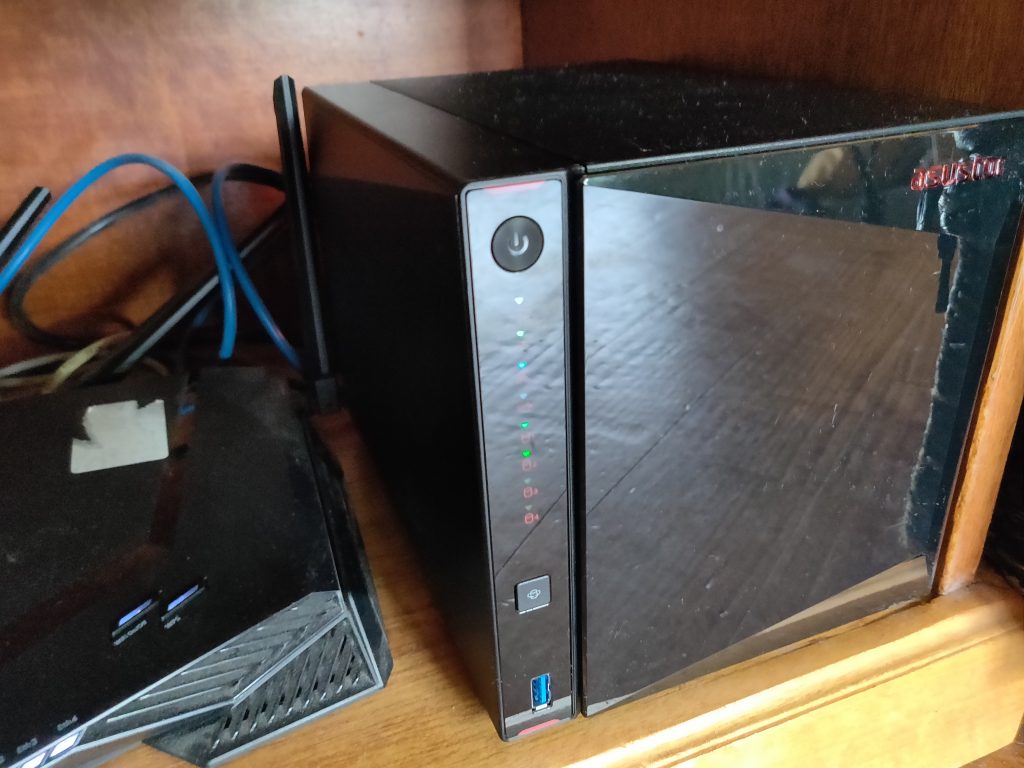 No back up plan is perfect or fool proof. What this offers is ease of set-up, access and data sharing if you want to. For power users and small to medium businesses, its well worth the set-up costs.

Asustor have allowed Ausdroid to retain the unit as a long term review item to explore the functionality.

For this price, one would consider Synology which is much more polished and has more functionality.

Synology does offer more functions but way too complicated though. I will give Asustor a try for the look, generous dual 2.5G slots and simplicity of use.