The NBA is huge at the moment with its popularity at all time record levels, especially here in Australia. For Aussies there are several ways to watch NBA games on your mobile devices and now there is a new app that promises things that others cannot deliver.

The new app, called Missing in Action (MIA), promises to be a full immersion app that gives total NBA coverage 24/7 including live games, panel discussions, lifestyle shows and replays. The amount of live games included in the subscription is six per week but the replays are unlimited.

While watching a stream users can double-tap on it to access AR features such as stats, analytics and league tables alongside the game. You can also personalise the stats and game info available for each game as well just so you can see what you prefer.

MIA promises to be different to the other streaming apps with the collaboration between NBA content and smartphone interaction bringing their extended reality to the user. This allows the user to view stats etc all while watching the game without ever having to use a second screen or leave the game itself. New users, which everyone in Australia is considering it has just released, get a 14 day free trial with the ongoing costs at $6.95 per month — there are no lock in contracts or hidden fees so you can cancel it anytime you want.

The future of the app is also looking good with users getting access to merchandise, fantasy and social from within the app itself.

MIA is now available to Australians on the Play Store along with the Apple App Store if you are that was inclined. If you are an NBA fan like I am I encourage you to go and grab it and check out the free trial — it may be just the thing missing from your NBA experience. 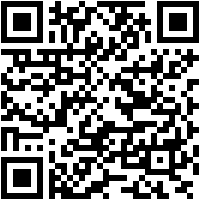