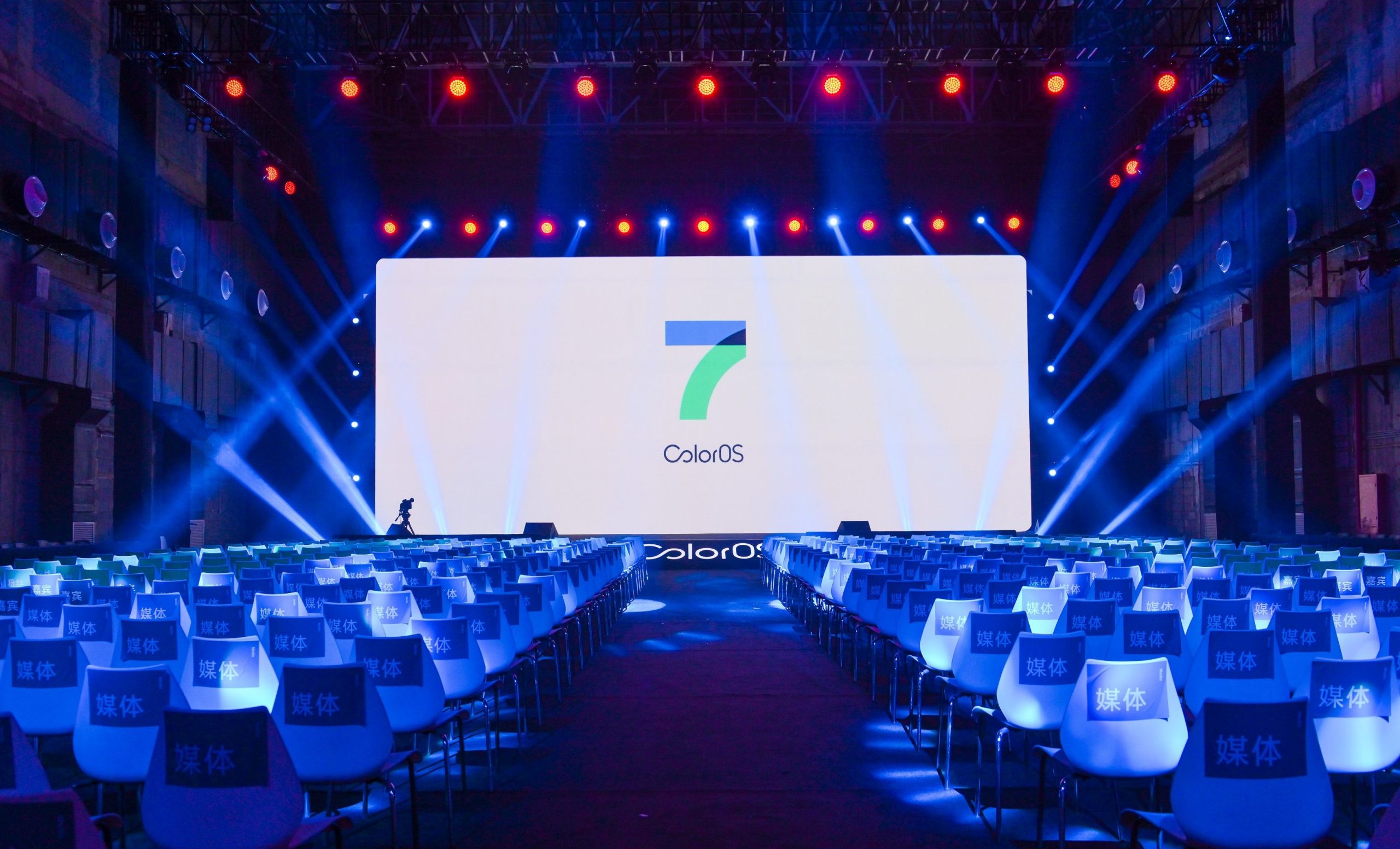 The announcement was for the Chinese version of the OS with the overseas launch set for 26 November, next week. Many companies have different versions of their operating system for different regions with many Chinese users preferring a different deisgn to the rest of the world. Hopefully OPPO make their new ColorOS less ColorOS of years gone past and more OxygenOS but we doubt that will be the case.

Can't wait to see our ColorOS 7 launch event for overseas market in 6 days? Take a preview at our launch event for China today and get ready on 26th Nov. #ColorOS7 #ColorOSLaunch pic.twitter.com/SOxgHpC2n0

Details of ColorOS 7 can be seen at the ColorOS user forum and it possibly gives a hint to their future phone design plans. The new OS is set to be light and borderless — hopefully that means light in intrusiveness on top on Android rather than lighter in colour. The new colours in the OS are softer and less saturated making them easier on the eyes. There is also a new system-wide dark mode that somehow works for third-party applications as well.

Along with the new colours OPPO are introducing more icons (which let’s be honest, are usually fairly average at best on OPPO phones) and a new font — OPPO Sans. You can even use OPPO Sans anywhere you want with the company making it free to use for everyone.

OPPO have upped their AI game with ColorOS 7 able to learn how you use your device activating DND and dark mode on your device based on your usage patterns. There a renew “cards” which pop up at the bottom part of the display showing contacts, calendar and alarms as required. There is also a new virtual button to quickly switch back to the previous app you were using. The new button pops up when there is a message or something in the other screen/app.

OPPO are introducing the new cross-brand file transfer protocol with ColorOS and although it is of course limited at this stage but will eventually roll out to a lot more devices and brands such as Xiaomi, Vivo and more. The performance with ColorOS 7 is once again improved with a 25% improvement in start up performance, an improvement in RAM utilisation by 40%, “system fluency” improved by 30% and touch response speed increased by 15%. It will be interesting if these lab results transfer to real world scenarios and you can be sure we will be testing it out first chance we get.

With the international version launching next week it will be interesting if it is exactly the same or whether they have westernised it for our benefit — let’s face it, the Chinese versions we have seen here in the past (years ago) were average at best. Realme will apparently be getting a closer-to-stock version of the OS next year — it would be nice if we saw that here as well.

The rollout of ColorOS will begin next week with the OPPO Reno, Reno 10x Zoom, Reno FC Barcelona Edition and Reno Ace first in line beginning November 25. The Reno 2 will see it in December and other devices such as the Reno2 Z, Reno Z, Find X, Find X Lamborghini Edition, R17, R17 and R17 Pro will be seeing the new update in the first quarter of 2020.

The above dates are for the Chinese versions of the OPPO phones. International and Australian release dates are being finalised and will be published in the next week or so. Hopefully it will once again be an improvement because their hardware game is right at the pointy end of the market.