We have been waiting for a magic bullet to fix all of our Wear OS complaints ever since it was released. Fossil, increasingly associated with the future of the platform it seems, has done an admirable job with their Gen-5 smartwatches — who would have thought that all it required was better specs? Now it’s time for that technology to make its way to the other brands in Fossil’s portfolio, starting with Diesel’s On Axial.

Diesel On is fashion label Diesel’s wearables brand. I loved the design of last year’s smartwatch, but the initial press images for Axial left me a little cold.
Despite this, I thought it would be worth having a look and seeing if the tech outweighed the looks and decides whether Axial is worth my hard-earned.

They say first impressions are everything and the Axial did not let me down. It came in some stunning packaging (always a good start) with the box housing the watch looking very Diesel.

The watch itself was also jaw dropping, wiping away any doubts I had over the design.

In person, Axial is absolutely stunning. The oversized watch face with large casing and thick, brutal industrial design made for an amazing first impression.

From the outset I was hoping the performance matched the design, because if it did then this could be the smartwatch for me.

On the outside, there’s a 1.3 inch OLED display, 3 buttons with the middle button including a digital crown, speaker, microphone. With the body being a little larger than other watches, it’s not surprising that it connects to slightly larger 22mm interchangeable bands.

For more on the internals, check out Duncan’s Fossil Carlyle HR review.

It’s the design that is different

In my old age I have tended towards designs that are stronger and more industrial for personal fashion and gadgets. Hell, maybe I trying to stay young, but either way I love the larger, less aesthetic design of the watches. I prefer a large watch on my wrist and I like the way they look. Diesel On Axial fits the bill for both of these.

It may not be for everyone the design — some have described it as “brutal” — but I like that. The 1.3 inch display is surrounded by a large dial — in this case it’s bronze/gold, but it’s also available in silver and grey as well on different coloured cases with different bands.

The bands are a basic 22mm band and are easily interchangeable if you should wish to. The Diesel On bands are quick-release so they are swapped in and out with ease.

The three large buttons on the right hand side add to the industrial aesthetic. Two are large rectangles, and in the centre there’s a large round button — a digital rotating crown button that aids navigation as the watch’s UI responds to such turns.

WearOS has been a dog for so long. Watch interactions have been slow at times and dead at others. It’s been frustrating watching Google’s early smartwatch lead eroded by others that understand users don’t want to be left looking at a frozen screen or a loading spinner.

Fossil seems to have solved the issue by installing twice as much RAM and using the new Qualcomm Snapdragon Wear 3100. We’ve seen the 3100 in other watches too, and we know it’s not the saviour we’d hoped for, but it is an improvement.

Diesel On Axial is faster than other Wear OS watches I’ve used, but it’s still not the same instant interaction you see on a smartphone.

Apps opened quickly and touch responses were decent. The Fossil-made Gen 5 smartwatches definitely have the chops to make you believe that Wear OS may have a future.

If spec bumps are the solution, maybe 2GB of RAM and the new SD3300 processor will be the solution to ALL the issues.

Normally here we discuss the reasons we like the device but I won’t go into too much detail as Duncan hit the nail on the head — it’s a jack of all trades.

It benefits greatly by fixing past issues. It is not slow as treacle and actually responds to you in a timely fashion — still not as fast as a phone might might much better than previous generations of WearOS smartwatches.

Here’s what I liked about this particular smartwatch, aside from the improved performance:

Can it last a day?

In a simple word, yes. When used from around 8am until about 6pm when I got home the watch would have about 30% battery remaining. That’s a comfortable buffer for lasting an entire day without any issues.

That should not be surprising though, because a watch that can’t last a day would never fly. Charging a watch is more difficult than charging a phone.

Battery life is the next thing manufacturers need to tackle once they finally solve the performance issues in Wear OS. Lasting a day is good but a few days would be much more acceptable in case you forget one night (or two). Other manufacturers are tackling this challenge.

The watch is charged via pins on a magnetic charger that’s supplied in the box. The magnets guide the pins into position on a circular ribbon around the heart rate sensor, so it’s impossible to get them out of alignment.

This does mean you’ll need to remember to bring your charger if you go away for the weekend – otherwise you’ll find your watch is flat after a day.

Custom additions by Diesel On

With the heart of a Fossil Gen-5 beating within, it’s not surprising to find the same battery life control features, and they are pretty great. Axial allows you to fine tune your power consumption and functions of the watch so that only what YOU want is left turned on, enhancing the battery life.

Some of the options you can choose to turn on or off include always on screen, system sound, Wi-Fi, location, phone audio, touch and tilt to wake, NFC, OK Google detect and Bluetooth.

As this is a review unit, I wanted to put it through its paces so I had every single function enabled – I daresay that once I turn off some functions the battery may last longer. Firstly, there is a Dial Effects app that places an overlay on top of the watchface based on which option you choose –weather mode, activity mode, DND mode or nothing ( preferred nothing, as the effects hid the time — what’s the point of a watch if you can’t see the time?)

The second app is the Diesel T-ON-I app. This app gives you notifications based on your steps, weather, schedule and basic life in general. It started out very handy, and it got sassier and sassier. It is a fun app and a fun way to receive these notifications. Check out some of the more out there things this watch has said to me:

Of course there’s also the custom Diesel On watchfaces. These watchfaces match the design and slightly alternative aesthetics of the watch and I actually kept using them – they’re not just a good look, but decent options for colours and complications on the face.

I’m not sure on this one. There is no LTE, but I never saw the point of LTE on a smartwatch.

The performance, while better, could still do with some improvement. Maybe next year manufacturers get serious about this (or maybe it’s Wear OS). There is no Wear OS watch with better performance, though.

The design may not be for everyone, but if you want a slightly alternative, industrial, steam-punk style design then this is perfect for you.

If you’re into the specs but not the design, Fossil’s got other options in their product range that might be a better fit. This one works for me.

The best test of a review device is whether you would put your money where your mouth is and purchase one yourself — back the device with your own funds. In this case yes I would and yes I am. As soon as this one is returned there will be a purchase made in this Plowman household of on Diesel On Axial smartwatch. I am undecided on the colour of the dial to go for because the black and bronze look is amazing but the silver may suit me better.

The design is different but perfect for me. The watch is big, there is no way around that. It is big but that is the fashion these days. Have a look in a watch shop next time you are passing and see how big the expensive stylish watches are. This fits right in with that. The specs and performance cannot be beaten in the WearOS world and the customisation by Diesel, while mostly of limited use is fun. Their watch faces match the style of the watch and suit it perfectly.

At a not-so-cheap price of $599 it is definitely not an impulse purchase for most of us and I would suggest you head into your local JB HiFi, Myer and David Jones to have a look for yourself before making any decision. It can be purchased from these retailers either instore or online for $599.

If you are in need of a good looking smartwatch, now is the time to go and have a look.

Razer Blade 14 Review — It’s the laptop I’ve wanted for years, but not an option for most buyers 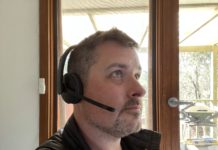 I have not tested it for that long. I dare say that it would not have 30% left still. Today I am testing from 6am and will let you know if it lasts the day.