For the last couple of months, since moving from an apartment to a house, I’ve had a Swann DVR security system on duty at my place, and while it sat unused for a little while – it takes time to install these things – once installed, it’s been a no-nonsense, easy way to keep an eye on what’s going on at home when I’m not around.

Straight up, not everyone needs a system like this. This is a semi-professional security system – there’s huge recording capacity, IR detection, warning spot lights to warn off would-be burglars, and Full HD real-time recording and notifications.

Cloud-based systems, like Arlo, D-Link’s systems, and so on, offer a much more convenient installation – there’s no wires to worry about, and no real planning required. Just attach cameras where you want them, and record to the cloud. Set and forget.

Swann’s system, though, is a bit more old-school. You have to run cables to your cameras, but in exchange, there’s no batteries to charge, and no delay in accessing video. It’s all recorded and stored locally, so you don’t have to wait for your data to go from a camera, to the router, to the cloud, and back down to your computer/mobile to view it. It’s one thing that Arlo and D-Link’s systems are notable for – the delay in starting video playback. If you want to see what’s happening immediately, those systems can’t keep up. Swann’s system plays immediately.

There’s other immediate differences too. Once you buy the kit, the system is yours. There’s no subscriptions, cloud services or other nonsense – just a system that you can access at home, on the go, on your phone or laptop, wherever you happen to be – even from the other side of the world.

Actually, quite a lot.

The kit I’ve reviewed – a DVR-4580 with 6 cameras – comes with the DVR unit itself (about the size of a decent book), six cameras of which four are spotlight cameras and two are dome cameras, cables for the six cameras, three power supplies, and an assortment of screws, mounts and other widgets.

The kit itself is quite large, and reasonably heavy, which is unsurprising given how much is inside.

The DVR part of the system is pretty simple. It takes power, a network cable (which is optional, but highly recommended), a USB port and a display port.

This is an interesting feature – you can use the DVR as a network-based DVR, so you can view footage over your local network or over the internet, or you can plug in a screen and a USB mouse, and view it as a dedicated security workstation. This may be useful for some commercial installs, but for home use, you’re going to want to plug it into your network for best use.

Systems like Arlo, D-Link and the like make installation very easy, with magnetic mounts, cable-free installation and more. You can install an Arlo kit in minutes and be done with it.

Swann’s security system is more of a day project. Not only do you need to think about where you want your cameras, but you have to think about how you’ll run cables to them. Will you run them through your roof space? Over the roof? Under the eaves? Are they indoors and run along walls/floors/ceilings?

The cables themselves are quite long – 18 metres, in fact – but they don’t go forever. We have one camera which we simply couldn’t run any other way other than throwing the cable over the top of the roof and running it up a gully in the roof tiles. Not ideal … but it works. String the cables under the eaves is good for outdoor cameras, but you need to think about security here. If you’re really serious, having exposed cabling just tells thieves what to cut to break into your place without being seen. Overlapping camera zones mitigates this risk, a little, but a proper install could take you a weekend to do properly.

The other thing to bear in mind is whether you’re renting or whether you own. If you own your place, do whatever you like. If you’re renting, though, you might need to speak to your landlord about installing some of this gear. A couple of screw holes here and there aren’t a big deal, but it would be a good idea to ask rather than find out you were wrong later.

Once you’ve planned your cameras and cable runs, the install itself is easy – a couple of screws and your camera is securely mounted. Run the cable back to the DVR box, plug in power and comms, and the job’s a good’un.

Being a little more complex than a WiFi-based security system, the Swann system can be a little fiddly to set up and use. It’s very powerful – there’s so many features that it’s hard to keep up – but the flip side is you get lots of options for exactly how you’d like your system to work.

On a Windows PC, you’ve got two ways to view your system. You can use Swann’s own web-app – which all but requires you to use Internet Explorer, which is a bit disappointing. It’s not HTML 5 or anything more modern, rather a plugin you have to download which only works in IE.

Once set up it’s neither here nor there, but it’s a shame it can’t be used in Chrome or Firefox, for example.

A better option is to install a 3rd party camera viewer app and use that. There’s plenty available on the Microsoft Store (or generally on the web) and setting them up isn’t especially difficult. 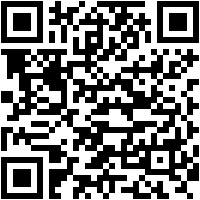 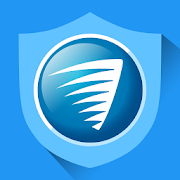 On the mobile, the best app to use is HomeSafe View. Swann has a lot of apps on the Play Store, and not all of them are very good. Not all of them are clearly identified for which system they actually work with, but HomeSafe View works well, supports auto-configuration on your local network, and – if you set up your home network just so – you can set it up to easily access your cameras from anywhere in the world.

The interface is fairly simple – you can view live cameras, review saved footage, start/stop recording, and Chromecast video to a compatible receiver.

You can also link the Swann DVR to Google Assistant, so you can view camera feeds on Google smart displays, though this can be a little fiddly to set up.

Regardless of how you’ll access your system, if you plan to access it outside the home (or via Google Assistant), you’re really going to want either a static IP from your internet provider, or failing that, an IP that you can set up a dynamic DNS record for.

You need to be able to find your home IP to make the most of out of this system, and you’ll need a router that you can open a few ports on to make everything work nicely. It’s not for amateur users – as some of this configuration can be a bit of a pain – but anyone who’s handy with a computer should be able to set everything up fairly quickly.

Put it this way, I had the cameras installed and wired within a day, and I had the software set up properly the next.

In short, it’s very good, but the user interface leaves a little to be desired. The system is powerful, incredibly so, but the user experience really needs a bit of design put into it; the web interface is dated and can be a little un-intuitive to use.

The best example of this is reviewing recorded footage. It’s not just a case of select a day and scrub through footage. You have to select cameras (a maximum of 4 at a time), select a day / date range, select a kind of recording, then you can load a timeline to scrub through. Then, you need to be a little careful how you do this, as if you click in the wrong place, you can jump back to the start of the day’s recording which is rather annoying.

However, once you get used to it, the feature is very powerful. I used our system to capture the damage caused by a mini cyclone whipping through Sydney’s northern suburbs this week (just before the power went out) and boy oh boy, the system caught everything:

I’d be happier if the user interface was a little better, but really, this isn’t a point and click system like an Arlo – this is a serious system designed to record on-premises video and store it for days, weeks or even months, and make it available instantly in high definition should the need arise.

Because of that, I’m prepared to cut Swann a little slack. This is a user interface designed for serious interrogation of your recordings, not just a casual flick about. This is a power user system, and – almost always – those power user systems aren’t as accessible as the consumer-oriented, less powerful gear.

Having actually used Arlos, D-Link’s wire-free cameras and the Swann system, I know which I’d choose again. Swann’s system, while harder to install, is so much more powerful and capable, and meets every need I’ve got. Neither Arlo nor D-Link could, and they had the added annoyance of having to charge batteries. I’d rather run cables once than charge batteries every few weeks.

At $699.95, the kit I’ve reviewed isn’t exactly cheap, but you need to bear in mind that video surveillance systems aren’t cheap, and those that are generally aren’t worth having. You pay for a good system, and you pay for good functionality.

With this Swann kit, you do get six cameras, a DVR with 1TB recording which can store months of recordings (depending on how you configure it), and everything you need to capture, store and review security footage from your home, business or anywhere else.

You can buy older Arlo kits for less, but the newer ones cost more, and you’ll not see more than two cameras for much under a grand. That’s seriously expensive for a couple of cameras with no local storage and the annoyance of having to charge batteries every so often.

There are downsides to Swann’s system, too. You have to run cables. You have to set up your home network properly to get access from outside (whereas Arlo just kind of works). The apps are not brilliant (whereas Arlo’s is pretty good), and the web interface is .. dated.

On balance, though, Swann’s system is far more capable, affordable, and powerful. I feel a lot more confident knowing that the Swann system is going to record everything of interest happening around my home, and that I know exactly where to find it, how to extract videos, screenshots and more, and use them for whatever is needed.

It might be a bit clunky, but I like that it’s not some cloud-based magic that you can’t get in and tinker with. Swann’s DVR system lets you control just about every aspect of the system, and while it gives you a lot of manual configuration options, it’s a tinkerer’s dream … and if you’re the kind to install a full-on security system at your place, chances are you don’t mind tinkering to make it yours.

Swann’s kit lets you do precisely this, and at a great price.