Gaming phones have become a thing in the last couple of years, as people begin to use their mobile devices more and more and consoles/PCs less and less. Asus Republic of Gamers (Asus’ gaming arm) were one of the first companies to release a gaming phone which did not make it to our shores. This time though they have released their second phone into Australia, the ROG Phone II.

The Asus ROG Phone II comes packed with all the specs perfect for gaming, having been designed from the ground up specifically for gaming. First up it is powered by the Qualcomm Snapdragon 855 Plus alongside 12GB of RAM and 512GB of UFS 3.0 onboard storage. When the ROG Phone II was released in July it was the first device in the world to be launched commercially with the SD855+ chipset. 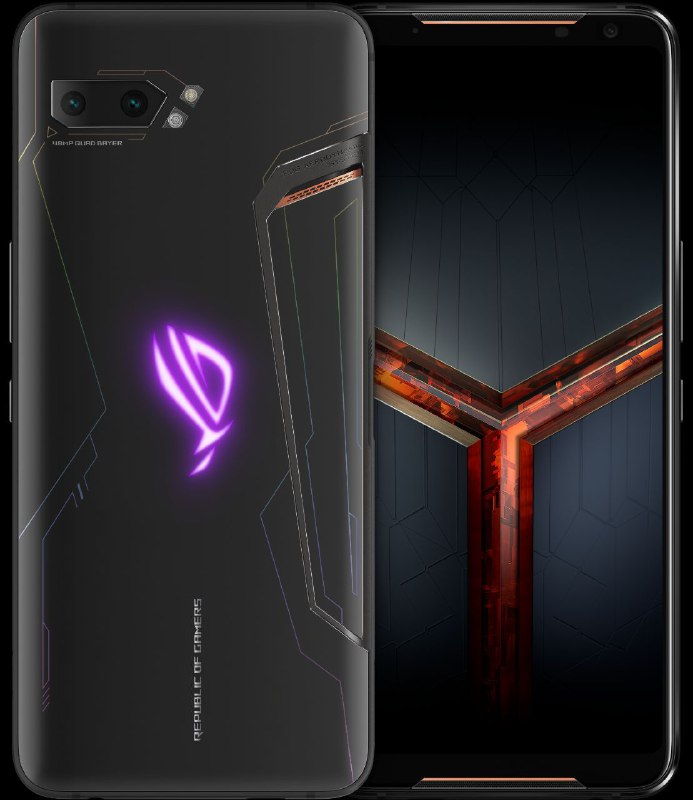 The graphics are driven by the Adreno 640 GPU giving the device a faster display while making it more power efficient. As for that power efficiency, with a battery of 6,000mAh efficiency may not seem as important, especially when it can be topped up with their 30W ROG HyperCharge power adapter (it also supports PD charging). Interestingly the charging port is located on the side of the device helping to keep you gaming while charging your device. 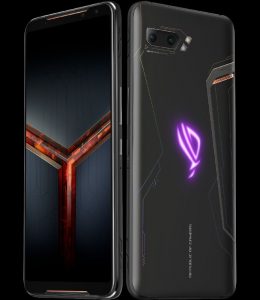 One thing you would expect for a gaming phone is for it to get hot under the extreme power output of the CPU and GPU but Asus have that covered with multiple solutions. Firstly they have the newly designed 3D vapour chamber that is more effective than the first generation at removing heat. They have also included a new AeroActive Cooler II with new fan blades the deliver more airflow through the device while at the same time being four times quieter than the first generation.

Here in Australia the phone comes as a bundle including the ROG Phone II, an ROG Kunai Gamepad (bumper, controllers and holder), Aeroactive Cooler II and Aero case. The controllers can be attached to either the Kunai holder for a standalone gamepad or added to the Kunai bumper to add physical gamepad controls to the phone itself.

As for the regular phone stuff the ROG Pone II does come with Bluetooth 5.0, NFC, a 24MP front-facing camera and a dual rear camera setup featuring 48MP and 13MP lenses. Add in an under-display fingerprint sensor and it looks to be a compelling device.

The phone will be available exclusively in Australia through JB Hi-Fi fromthe 13th of December with the above bundle setting you back $1,699RRP. We hope to have one on our review desk in the next couple of weeks to give you our opinion on it and whether it would be a good deal come the Boxing Day sales.

For the gamers out there, would you consider a gaming phone so you can get your gaming fix anywhere, anytime?

if theyre anything like their crappy laptops..id stay clear