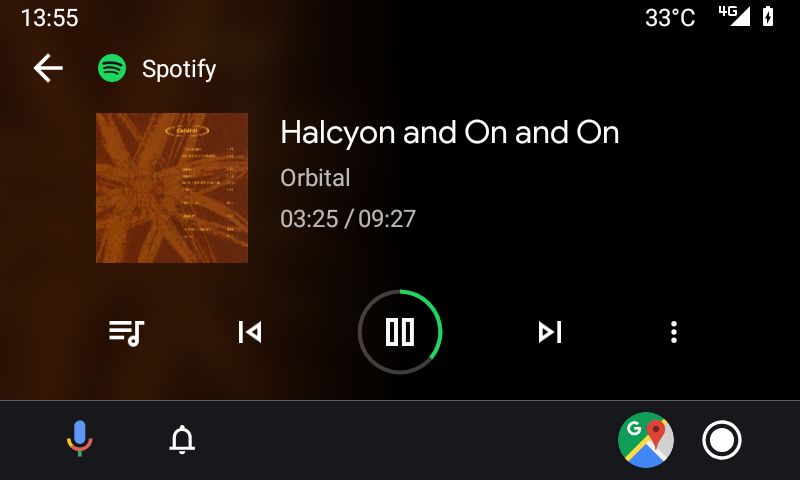 We reported a little while ago the likelihood that Android Auto would get a little weather indicator in the status bar area, and lo and behold, it’s now here.

I noticed it for the first time while driving today that next to the signal and battery indicators at the top of the screen, the current weather for the area was now shown. As my car has an exterior temperature sensor built in, I was able to compare the two, and unsurprisingly – given Google’s data prowess – the current temperature displayed was fairly accurate and updated quickly as I drove from place to place. You can see the new weather display on any screen in Android Auto; shown above is the weather over the top of Spotify, and below, atop Google Maps.

My only comment is the font is a little jarring next to the 4G icon which is – quite obviously – in a different font. It looks a little half baked.

The other change coming alongside this one is the ability to hide apps you don’t use from the Android Auto app drawer, to make it more user friendly (especially for use when you’re driving!).

Accessing the new feature is easy – press an hold on an icon you’d like to remove in the app launcher, and you’ll see a settings screen on your mobile device which will allow you to customise your apps: As you can see in the second screenshot below you don’t even need to have Android Auto running to be able to edit your launcher or toggle the weather on or off. The settings display for the launcher customisation on your phone is quite intuitive, it looks like this:

Let us know if you’ve got the new features on your Android Auto!

Yes. Noticed the temperature on my android auto today.