Home News and Editorial Reviews NAS out of space? How to migrate to a larger NAS enclosure While most consumers are content with keeping their data strewn across a few hard drives, thumb drives and various cloud services some of us prefer something a little more robust and more importantly, redundant. That’s where a RAID (Redundant Array of Inexpensive Disks or Redundant Array of Independent Disks) set up can be invaluable.

For those of us who have been using RAIDs for many years that used to mean full PCs with controller cards, large cases and much noise, power draw and of course a lot of heat. That’s why I love the NAS (Network Attached Storage) revolution, none of those drawbacks, all of the advantages.

Since I’ve been using a Synology NAS over a traditional PC based RAID my storage life is just better and easier. Yes I know there are other options, FreeNAS and other NAS distros, but if you want a turn-key option with more advanced features then you can poke a stick at, with minimal setup, then you’ll be hard-pressed to find a better option than a Synology NAS.

I recently encountered a problem, my RAID was running low on space, my wife takes an absurd number of photos with a very high MP camera, and then there are all the linix.ISO files I have. I already had maxed out my four bays and didn’t want to replace all four 6TB drives to get more capacity, the drives were relatively new.

I use a RAID 6 configuration that provides double data redundancy, meaning that I can have 2 drives fail and not lose any data. It also means I have one less drive for data storage, and in a 4 bay NAS that doesn’t leave a lot. The solution? Add an extra drive bay using super glue? No, upgrade to a bigger NAS by swapping in a new enclosure.

Now I’m not going to lie, the idea of messing with my main data store did give me more than a little pause. After all, the whole point of these systems is securing your data, not exposing it to risk. But if like me you don’t have another storage option that can backup all of your data and you need more space you may be left upgrading your live storage.

I should be clear here, Synology DO NOT recommend messing with your storage without making a complete backup first. Synology does have simple tools to make the process of migrating to a new enclosure easy and painless, and it’s very easy to add new discs to an existing storage volume if you have a spare drive bay.

Essentially moving your discs to a larger enclosure to upgrade is a relatively basic two-step process. Before you do attempt a migration you need to make sure that your old and new enclosure are compatible, you can check the list here.

I was moving from a DS918+ to a DS1019+, the DS1019+ is the logical successor to the DS918+ offering almost identical specifications and capabilities. The only significant difference between the two models, apart from the extra drive bay, of course, is that the DS1019+ include 16GB not 8GB of RAM out of the box, I have to say it seems to make a bit of a performance boost.

Before moving your discs over follow the backup process that will make a copy of all of your current NAS settings. Following this process will mean that when your new NAS is set up you will be able to restore all of your old settings and it will seamlessly work just as if it is the old enclosure.

The steps are simple to follow, identify the drive number, in my case 1 – 4, identify the correlating drive bays on the new NAS enclosure and make sure that your put HDD one in bay one etc. From there you simply start up the new NAS and let it do its magic.

After inserting your old drives and powering on the NAS it will boot up, update the software and detect your storage volume. You reinstate the recovery backup of your configuration and if all you were doing was moving to a new enclosure you’d be done.

OK, we’ve moved the discs to the new enclosure, and the system is restored from your back up. Welcome to your old system in a new enclosure, now it’s time to increase the size of the volume. One of the things I love about Synology NAS is how easy it is to add new discs.

Pop in a drive of equal and greater storage capacity and it will be automatically detected and you’ll be promoted to expand the RAID. Now, it’s time for a second warning, adding another disc into a RAID requires the rewriting of all of your data across the new drives, this is intensive on the drives.

During my RAID expansion, one of my in-warranty drives failed. Remember my RAID 6 data redundancy? I popped in my emergency drive and the volume rebuilt itself. No loss of data, perhaps a little loss of sleep. (On a side note the drive that failed was replaced under warranty no questions asked by the OEM)

The NAS will take care of this for you but you’ll need to know that you’ll need to leave the NAS alone while it is rebuilding unless you want to overtax the drives and risk an issue. For me, the rebuild took around 25 hours, not including the little issue of the failed drive, which I rebuilt after the migration had finished.

WHY MIGRATE RATHER THAN REBUILD

There are two basic reasons to migrate a Synology NAS instead of rebuilding a new system. Firstly and obviously is cost, if you are going to rebuild the system you’ll likely need a new set of discs, that can get expensive.

The other major reason is ease of insertion back into your network. Because of the backup and restore options when my new enclosure came online it was detected by every device in my house, my Windows 10 network drives just worked, my NVIDIA Shield was already configured to see it. That ease of set up is just invaluable, at least it is to me.

On top of the local network automatically detecting the new enclosures, it continued to operate just as I had configured the previous device. Synology includes some very powerful backup tools in their standard software add-ons.

As part of my 3:2:1 data backup plan I have an external HDD attached to my Synology NAS via USB. Using Hyper Backup I automatically back up all of the photos on my RAID to the external drive twice a week. This allows me to not only have double redundancy within the RAID for my precious photos (the data I most care about) but also have a local tertiary backup. Using the migration method all I had to do was l plug the external drive into the new enclosure, all of the backup settings just followed across. I also use Google Drive to back up my documents and working files, those configurations also just seamlessly followed me across, of course, there was a quick reauthorisation for security with the Google Account. It’s these sort of tools that make the more advanced NAS stand out from a DIY solution. The tools are reliable, intuitive and there’s a lot of documentation to walk you through the process. Synology is a great example of that, between their support pages and the user network there are tutorials and walkthroughs on basically everything.

If you’re not keeping a local secure copy of your data it is possible that you can lose access to it. There have been many examples of users violating the terms of service to providers such as Google and getting locked out of their accounts. Good bye data backups. I find there is just something calming of having a copy of all of my essential data in my house, on my side of the internet somewhere where I control it.

For those looking for a ‘cloudless life” eg. living online without relying on one of the large companies having your own NAS with advanced cloud capabilities like a Synology will let you roll-your-own services from locally hosted cloud storage to media playback if you want it. The add ons aren’t quite as simple as some of the online services, and they don’t have all of the features, but they are all under your control.

Now that I’ve gone NAS I can never go back, the combination of purpose-built hardware, simple management of your set up combined with the vast ecosystem of add on software, especially compatibility with my chosen cloud services, makes the NAS may be my most valuable, yet less often thought about pieces of technology in my set-up. That’s what’s great about the modern NAS, once set up they just fade away and do what they do.

I almost take my notifications for granted informing me the latest backup was completed, or that an update was downloaded and applied. There are a few good choices for NAS in the Australian market, but with my positive experience with Synology and the great online support I just can’t go past them. 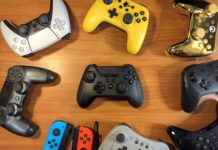 You just buy the 5 bay expander and add your disks…

Buying a new NAS just to gain a single HDD seems pretty stupid when for less money you could gain 5 bays.

Makes sense, although the price of expansion unit is quite high, and you end up with two big boxes instead of one, both making noise 24/7. The DS1019+ is only $200 more, and he could sell the old 918+ to recover some costs. On the point of backup strategy, it’s funny how paranoid people are. RAID 6 is overkill IMHO, particularly when using the drives designed for NAS like the WD reds, or just good quality drives. Each to their own, but a point comes when you have too many backups of backups. A good tertiary backup approach is a… Read more »

Jay, I will completely cop to being paranoid. That said back in my Windows PC based RAID days I did have 2 drives fail at one, one drive failed during the rebuild of another drive that had failed. Uncommon but it does happen.

I do love Synologies ability to use HyperBackup to schedule that tertiary back up, 0 remembering from me, and my family all know in case of “disaster” grab that drive and get the hell out.

I am aware of the expansion option, however space was an issue for me, I also was really interested in the migration process if I’m being honest. That said I would be interested in trying out one of those expansion bays as well, all the storage!!