Home News and Editorial Sennheiser PXC 550-II are next level, but not for everyone

Sennheiser is a big name in audio, with a reputation for delivering quality hardware and stunning audio. The most recent addition to their hardware catalogue is the PXC 550-II, the second generation of the range and they’re next level.

They make no secret of the fact that these aren’t for everyone, nor are they going to be in the affordable range for a lot of users. Aimed at commuters and frequent travellers, all of the functions you would expect from a high end set of cans are there:

There are some serious engineering smarts built into these as well. 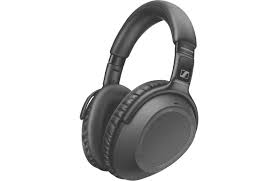 The PXC 550-II Wireless has been designed to anticipate the user’s needs and to make every interaction utterly intuitive: Take control via a touch pad on the right earcup to adjust volume, play, pause or skip tracks, or to accept calls at a touch. The headphones automatically turn on and connect via Bluetooth as they are unfolded. Similarly, the Smart Pause feature senses
when the listener takes off the PXC 550-II Wireless and automatically pauses the audio – resuming without missing a beat when put back on.

The PXC 550-II are going to set you back RRP$549.95 so they are definitely an investment for years to come. Check out the usual retail channels for current pricing as they’re fluctuating a bit leading into Christmas. We have reached out to Sennheiser to have some time with these and hope to have a review unit soon to share the experience.

Sony WH-1000xm3 are usually on sale for ~$310 and are *far better* value. Unlike all other Bluetooth headphones on the market today, Sony supports LDAC which is the best Codec on Android phones: this will give you crystal clear, interference free sound quality.