All manufacturers have seen what has happened to Huawei after being placed on the US’ Entity List and even though Chinese nationalism has them closing in on Samsung for the world’s top smartphone manufacturer they are unfortunately struggling in the western world.

In what is most likely a bid for independence from other manufacturers OPPO has started developing its own mobile chipsets and will invest US$7.172 billion in its software and hardware departments in the next three years.

At OPPO’s recent Innovation forum OPPO CEO confirmed that they do have the ability to make them at the moment. Word from insiders within the company say that the mobile processor currently in development is an “auxiliary processor” called “M1”. No details of the chip are known at this stage. 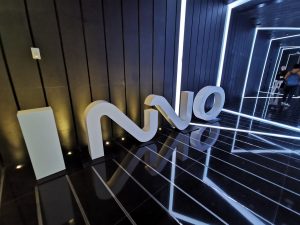 OPPO already manufacture their own VOOC fast-charging chips and the push to develop their own entire CPU would help them not only build a phone from the ground up but to gain independence from the influence of others. Apple have shown how great you can m,ake a phone when you can develop the chipset to do exactly what you want it to do, focusing on what you deem is important for a chipset, not what the chipset manufacturer deems is important.

If OPPO can develop some of their own chips, much in the way Huawei now have a high-end, high-performing Kirin chipset, OPPO would use that to extend their push into the premium smartphone market and control their own destiny while at it.

Competition is good. In the end we all want better products and too often as of late some manufacturers without decent competition have rested on laurels and stagnated (Snapdragon wear chipsets for example). New competition will breed innovation and great er performance, something we all want.

It is unclear just when OPPO will begin using their own chipsets but we hope they make it public soon to drive the technology forward.

The operating system is the problem.
They’re stuck with Google if they want acceptance in the West.