Home News and Editorial Samsung Galaxy S11+ will have a periscope zoom lens and an unmatched... 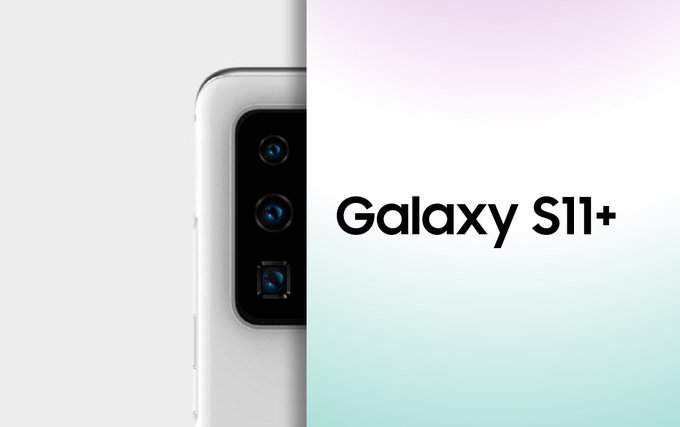 Earlier this year we saw OPPO release phones with a periscope lens to give larger optical zooms without sacrificing thickness too much. Leaks and rumours are now surfacing that suggest that Samsung may include a periscope lens of their own in their upcoming flagship.

Well known leaker who has a decent track record with accuracy, Ice Universe, has revealed on Twitter some details of the camera arrangement on the upcoming Galaxy S11+.

This is the real Galaxy S11+ camera. On the left is the ultra-wide-angle, main camera, and periscope zoom lens. I don't know the exact distribution on the right. It is expected to include flash and ToF. pic.twitter.com/98exPMSqgf

We have seen renders of the Galaxy S11+ in the past few weeks but the new render / mockup revealed by Ice Universe displays a different camera module. Only half of the camera module is shown with the three main lenses along the left hand side of it — the periscope lens is at the bottom of this column. He does not mention the zoom of the periscope lens

There is also a hidden ToF camera included in the module apparently. A second Tweet says that the main camera will merge nine pixels into one resulting in one of the largest pixel size to date, 2.4 μm. The final image size will thus of course by 12MP and having pixels this size will allow for much better night mode photography.

Samsung “lost” their way with their smartphone photography a couple of years ago but this year have shown that they can be right there with the best smartphones in the world. Next year it seems they are looking to take the mantle from Huawei as they struggle to deal with the US restrictions and with a camera setup like this it looks promising.