Home Mobiles Could the leaked Samsung Galaxy Note 10 Lite be the affordable premium... 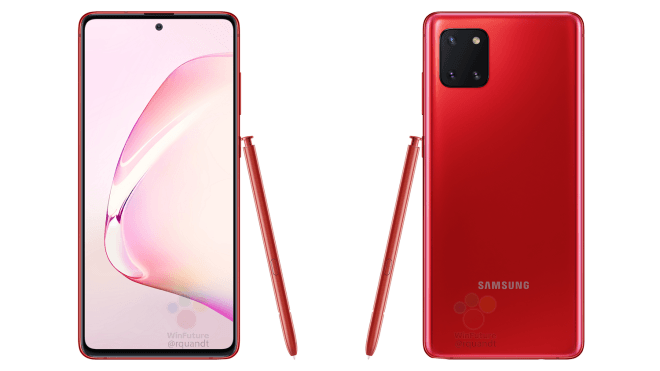 With mobile devices getting more and more expensive, many consumers are turning to less expensive, and still very capable, options or not renewing their devices as often. In what may just be a response to this, we have been hearing rumours of a Samsung Galaxy Lite program that would see less expensive variants of their flagship devices released.

The latest device that looks set to get the lite treatment is the Galaxy Note 10 with renders of a Lite variant leaking out today. Being a Note 10, of course, there is an S Pen front and centre, alongside a triple rear camera array and a Snapdragon 855. Style-wise there is a flat display with slightly larger bezels, hole punch front-facing camera.

Renders show the new Note 10 Lite coming in White, Red and Black variants. There’s no visible fingerprint sensor so we assuming it will use the same in-display fingerprint sensor as the rest of Samsung’s current premium product line up. While there’s still a lot we don’t know about the Note 10 Lite, there’s a lot to like with what we do know, the real question is how much will Samsung sell it for?

The device passed through the FCC recently and is rumoured to be released somewhere between here and January. With the Samsung S11 line due for release in February 2020 we think that a sooner rather than later approach will be more likely from Samsung.

Is there a benefit to having a hole punch front camera instead of a water drop notch?