We have seen various prototype and concept devices in recent years with many of them fairly far fetched and just not practical. Some though, the Vivo Apex in mind, have made it to market, albeit for small runs. One thing that does happen is that a lot of the tech in them does make it to future smartphones.

Last week at OPPO’s Innovation Day, while Ausdroid was attending another engagement (a tea ceremony) OPPO showed off a prototype device that does not seem all that far fetched — so much so that we expect to see some, if not all, of this tech appear in a consumer device next year. 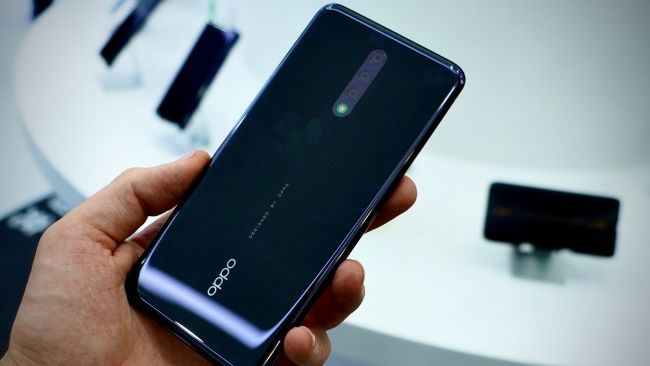 The device, unnamed, but I’m going to call it the Find X behind the scenes, has no ports, no bezels (as a lot of their phones already lack), no buttons, no visible speakers and a selfie camera that sits under the glass. Sounds like a phone nerds dream right?

I said back when I reviewed the HTC U12+ that the capacitive touch sides that it had instead of p[physical push buttons was the way of the future. HTC’s software just hadn’t caught up with their hardware. OPPO are banking on it too.

The prototype phone has a raised area where you touch to use as a button and to adjust the volume you slide along another area.

Asus have capacitive touch areas on the ROG Phone II and they are implemented quite well and for specific reasons, gaming. There is no reason they cannot be implements for other features. The Asus “Air Triggers” can be responsive to not just tapping but also sliding along the areas.

Ports can be a nightmare at times if you are rough with your device — who hasn’t broken a port on a device before. With the speed of wireless charging approaching wired charging (although that keeps improving dramatically too) the requirement for a charging port just isn’t there anymore. If you can charge a device wirelessly at 30W (which OPPO already have) why would you bother with wired? (although expect to see 100W wired in phones next year — Xiaomi announced theirs a few weeks back). 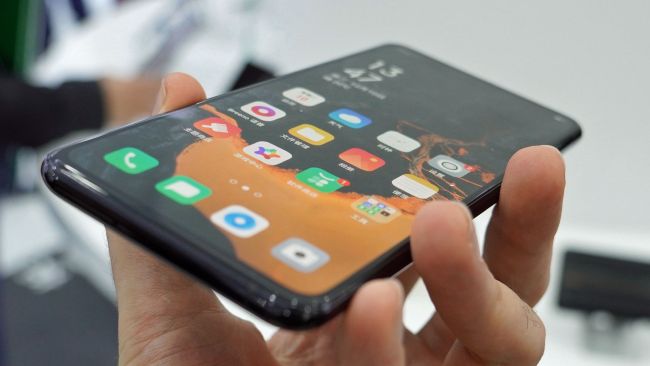 As for using the port for transferring files to another device there are so many other ways to do that these days. OPPO themselves are teaming up with Xiaomi and Vivo to bring a new wireless file transfer sharing system which will allow file transfers between devices at up to 20MBps. This Wi-Fi file transfer will most likely be the future of file transfer for smartphones.

This is the holy grail for selfie cameras. Notches are not aesthetically pleasing no matter what Apple try to tell us. They look ugly plain and simple and although you get used to them being there they are still there.

The in-display selfie camera has been teased for a while now and OPPO showed it off at their Innovation Day, not just in the prototype but also in a phone Jason got hands on with. The in-display camera is visible on a light background but is hidden with a dark background (eg. the status bar).

When taking a photo the pixels in front of the camera (also a different size to the surrounding pixels) allow light through to the camera. Jason said that the camera performed well but was in a perfectly lit room and did have some soft edges to it. Real world tests will tell the story but you can be sure that OPPO will get that perfected before releasing it to the public.

While we are talking about the hidden selfie camera we should mention the speaker. It is also behind the glass and uses vibration top amplify sound. Another problem solved — they are not the first to do this but it is a natural progression for them, especially in a device devoid of imperfections.

So when can we expect to see some of these features?

We expect that some of these will appear in devices next year, especially the in-display camera. The removal of the charging port will most likely come 2021 but I expect to see the capacitive “buttons” next year as well.

Hopefully OPPO and others keep innovating as it ends up giving us better devices and in the end we win. Hopeful;l;y some of these land here in Australia — you can be sure OPPO will be doing their best to get their latest tech into Australia.

if this is eSim only, Sophisticated microphone tech with Sounds on Display. Just imagine the IP rating of this phone.

So now, we’ll have to figure out how to get phones out of handbags, without triggering buttonless buttons, do data transfer without a USB port, and what we can use to replace any other USB accessories we use on our phones.
Forgive me, but I do not see how any of this could be a good idea.

Welcome to the future. People adapt to new tech, it’s the way it’s always been. A classic Nokia 3210 will still be the better phone for some people though regardless of what new phones come out.

The capacitive buttons are not that easy to press. On the HTC U12+ they did not trigger in the pocket nor getting out of the pocket. On the Asus ROG Phone II their sensitivity can be adjusted the same way the Edge Sense can be on Pixel and HTC phones.

WiFi direct will be used for data transfer, not idea but if worked on could become a viable solution. What USB accessories would you need? Only one I can think of is a portable charger. I’m not sure how well a Qi charger in the pocket would go.

Thanks for the info on how the capacitive buttons work on this phone, Scott. 🙂

My experience with capacitive buttons, is from the front chin buttons on the Huawei Ascend Y320 el cheapo phone, and my Samsung Galaxy Tab A 10.1 (2016). On those, it’s all too easy to accidentally press those buttons, trying to fish them out of a bag.