My time reviewing the Xiaomi Redmi Note 8 Pro has been my first experience with a Xiaomi product, and I have to say I’m really impressed. I’m not sure how the company has packed so much into a phone that costs so little.

Jumping right in, the Redmi Note 8 Pro is a very pretty phone. With a curvy glass front, metal sides and a glass back with gorgeous colours, it definitely looks premium. It’s not an ultra-light or ultra-thin phone for reasons we’ll get to in a bit, but with so many great features, you won’t hate an extra millimeter here or a few extra grams there.

The 6.5-inch screen is a joy to look at. Thanks to slim bezels and a small notch, the display is free to shine bright – and boy does it shine bright. At maximum brightness, it’s almost too much to look at. The Redmi Note 8 Pro’s display is a full HD unit with great colour reproduction and HDR capabilities. 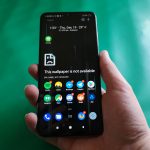 Inside the phone is a quad-core MediaTek processor, 6GB of RAM, and 64GB of storage. More storage is available if you use the expansion slot, and for the price I’m not complaining about slightly less than top-shelf storage. Day-to-day usage is made easy with the powerful processor, and it doesn’t miss a beat with 3D graphics. There’s also an NFC chip inside for Google Pay, which works as well as you’d expect – although I did have a couple of issues getting it to work in a few instances.

The Redmi Note 8 Pro supports fast charging, but you won’t need to use it much thanks to its massive 4500 mAh battery. I suspect this is the reason it’s a little heavier and thicker than other phones, but honestly it’s such a nice feature to have. In normal usage I managed to eke out nearly 3 days off the charger, and even when I was using it for long sessions of casual gaming, the battery held up strong. More batteries like this, please.

On the back of the device you’ll find a fast-acting fingerprint sensor and the four cameras located centrally for easier framing. There’s also that pretty coloured back and some subtle branding. Around the device itself, you’ll find the usual power and volume buttons, along with a subtle speaker grille above the screen and a headphone jack of all things on the bottom edge of the phone.

Xiaomi’s version of Android, MIUI, is acceptable, but it’s not one of my favourite Android overlays to use. There’s occasional intrusive notifications and going through the settings menu to turn them off is a bit like navigating a labyrinth. The default launcher also doesn’t feature an app drawer, which I find unacceptable. I opted to use the Microsoft Launcher during my testing, and thankfully it worked without a hitch.

The quad-camera array on the back is capable of great things if you’re willing to put in a bit of effort tinkering with the settings. By default it uses a few algorithms to pretty things up for you with scene detection and face smoothing, which really produces mixed results. It has a tendency to boost colour saturation quite a lot which brightens up your images at the expense of them looking a little unrealistic. The main lens is a whopping 64-megapixel sensor with a wide aperture for better night shots and artsy blurred backgrounds. It’s easy to use, and features great quality in good lighting – although there can be some slight missing detail compared to cameras on more expensive devices like the Galaxy Note 10 or P30 Pro, especially towards the edges of the image or in tricky lighting situations. 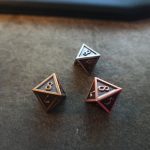 Low light photography is a breeze thanks to the main lens’ wide aperture. You don’t even need to enable night mode in most shooting situations, but it can produce images with a little better dynamic range when you do. Once again, the detail isn’t quite there compared to more expensive phones, but it does well enough for social media. In addition to that, there’s an 8-megapixel ultrawide lens with a very wide field of view for capturing landscapes or a bunch of people without cropping anyone out. This lens also makes for some interesting perspectives if used creatively. This lens has resonable detail, but it doesn’t do so well in tricky lighting.

A dedicated macro camera is the third lens, with a small 2-megapixel sensor but an extremely short focusing distance – as little as a few centimetres. You can just about hold the phone directly against what you want to photograph and it will still manage to focus. It’s probably not the lens I’d choose if I had any other option, as such a low resolution produces pretty poorly detailed images, but it’s fun to use regardless. Lastly there’s a depth-sensing 2-megapixel lens that aids with autofocus on all the other cameras. As far as I can tell, it does its job – focusing is always snappy and exactly where you point it.

On the front is a 20-megapixel lens for high quality selfies. The front facing lens has AI features that can edit your subject matter on the fly, like smoothing out your face, making you look a bit slimmer, or enlarging your eyes, all of which produce an odd uncanny valley effect. Best to turn these off if you want to look like yourself. Or turn them up all the way and have some fun with it.

SHOULD YOU BUY IT? The Xiaomi Redmi Note 8 Pro is available now for $449 from the Xiaomi Mi Store, and it gets a big recommendation from me. If you’re on a budget, it’s one got some of the best hardware in phones of its price range – although if you have a little bit more to spend, I’d pick up a Pixel 3a over it. The Xiaomi does require a bit of tinkering to get it working how you like, but once that’s done, you’ll have a great phone without hurting the pocketbook too much.