Active noise cancellation is something that many headphone wearers aspire to having due to the sheer immersion in the music that it isolates. Unfortunately nearly every big brand name in sound put a massive price premium on their noise cancelling headphones. Enter JBL.

With a RRP of $249 (but can be easily found for around the $200 mark) the JBL Live 650BTNC offer noise cancellation in an over-the-ear headphone while at the same time not fully emptying your bank account when purchasing. Obviously for such a comparatively low price (to for example Bose, Sony etc) you would expect it to lack in certain areas so read on to find out what I thought of the JBL Live 650BTNC (henceforth known as the Live 650s).

The design of the Live 650s are very JBL — they have massive branding on the outside of each ear cup. They have a cloth headband which is padded and relatively soft. You can still feel the firm band inside the headband while on your head but it did not get uncomfortable at any time while wearing them. In comparison, the Bose NC700s have a much softer feel to the headband and you can barely feel it on your head.

The ear cups have a small hard shell but have a rather large soft cup to encompass the ear. It seems that the cups were soft and large on the outside but my ears were very snug inside them — and I don’t have big ears, just standard size. JBL could have cut the hole for the ears a bit bigger, after all they are OVER ear headphones and not ON ear headphones. This will only be an issue if you have Spock-like ears but for most people it should be fine.

As for the features themselves there are the usual buttons on board including a button to turn Bluetooth on or off and an ANC button to turn noise cancelling on or off. Noise cancellation can also be turned off in the app. The entire outer surface of the left ear cup is a button that triggers your selected digital assistant — Amazon Alexa or Google Assistant. Your digital assistant can be selected within the JBL app.

The JBL My Headphones app

The app is very basic and allows you to turn the ANC on and off and also select your Assistant. The best thing about the app is the equaliser. You can use one of their presets or make your own and save that. You can make as many as you want and save them for each type of music you listen to — it really did make a big difference to the sound produced by the headphones.

There is more functionality in the app depending on the type of JBL headphones you have and what their features and functions are but for these headphones that was it. 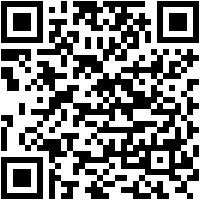 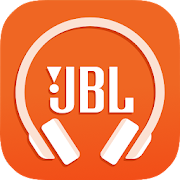 Let’s face it, even if you have the best sounding headphones in the world but if they are uncomfortable then you will not use them — I know, I once bought a pair of Parrot Zik (uncomfortable+++). So where do the Live 650s sit in the grand scheme of comfort?

They sit smack bang in the middle. As mentioned above the headband is padded with a relatively firm padding which you can feel is there but is not uncomfortable by any stretch of the imagination. The cushioned ear cups themselves are soft but not the velvet soft touch that the Bose NC700s are. While still comfortable they were unable to match the more-than-twice-the-price Bose headphones.

I wore the headphones for quite a while while testing them and at no time did they dig in or feel uncomfortable. The only issue I had is that due to the snug fit of my ears inside the ear cup cushions they did seem to get a bit warm after a while — the temperature was relatively warm where I was wearing them though.

Let’s start with the ANC. The JBL Live 650s noise cancellation is really good. It was actually difficult to discern a difference in the ANC from the Bose NC700 pair. It may have been slightly behind the Bose but not by far. The close fit of the ear cups along with the very decent ANC makes for a very immersive listening experience. The difference between the JBL and the Bose was that the JBL ANC was either on or off, nothing in between. The Bose allows you to select the amount of ANC you want.

As for the sound quality it is not quite a case of you get what you pay for. The Bose, at $600, sounded amazing and more crisp with just as many lows as the JBL but the JBL is no slouch. By itself the sound is loud and relatively crisp with some really good base, as you’d expect from over ear headphones. I tested the headphones out using a headphone testing album and the JBL passed every single test with flying colours.

Testing it out on some metal it seemed to lack some of the clarity of the Bose but with HipHop it was able to match it with bass as far as I could tell and the lower clarity was less obvious with the JBL. All in all these headphones sound great — they are not a premium set of cans and thus you should not expect a premium sound such as that for the Bose NC700. Without the Bose side by side the JBL impressed the hell out of me.

At around the $200 mark it is certainly a great sound with really good ANC for such a small price.

As per usual the headphones come with a 3.5mm headphone jack so if you do run out of power on the headphones you will still be able to use them, albeit without ANC.

The battery life is slated to be around 20 hours with ANC on and I would have to agree with that. I have definitely listened with them for very close to 20 hours and they are still running on the original charge. There is also fast charging where a quick 15 minute charge will give you another two hours of listening — unfortunately the charging port is a microUSB, no USB-C for that price.

If you are budget conscious but still want some very decent ANC headphones then the JBL Live 650BTNC could be for you. The sound is great and by itself provides a surprisingly good range and quality given the price. The fit is a different thing. Those with big ears, look elsewhere but if your ears are either small or normal you will find the ear cups fit snugly over your ears. The ear cups are soft and comfortable, even when listening for long periods of time, as is the padded headband.

In the end the JBL Live 650BTNC fell short of the $600 Bose NC700 but that is not surprising considering the price differential. If you want audiophile top notch quality sound and don’t mind paying for it you should go for something in the range of the Bose NC700 but if your tastes are less discerning then these are perfect. Listening to just them, before I got the Bose out, I was extremely happy with the sound produced in them for a wide variety of music.

At a RRP of $250 they can be purchased from a variety of stores, online and bricks and mortar stores. Most decent retailers will carry them and if you search well you will be able to find them under $200 — Myer, Mobileciti and the Good Guys all have them for $199 this week. At that price it is hard to go wrong with these. For more information head on over to the JBL website.

If you are stuck for something to get someone for Christmas you could do a lot worse than purchasing a set of JBL Live 650BTNC, taking into account the above concerns and disclaimers.

Scott is our modding guru - he has his finger on the pulse of all things ‘moddable’, pointing us towards all the cutting edge mods hacks that are available. When he’s not gymming it up, or scanning the heck out of Nexus devices, you'll find him on the Ausdroid Podcast.

Outside of Ausdroid, Scott's a health care professional and lecturer at a well known Victorian university.

Review — Swann Wi-Fi Security Cameras, simple to setup and use

We get to play with look at a lot of electronics at Ausdroid, recently we’ve …