It’s cliché to say, but it also happens to be true. 2019 has been the biggest and best year of Ausdroid in our almost ten years of operation. We’re fast approaching our ten year anniversary, on 20 March 2020, and as we run down the clock until then (it’s just under three months away), I’m reflecting on 2019 as part of our Best of 2019 series.

By any objective measure, it has been an incredible year of achievements. Our team has done so much, and achieved so much, of which I am incredibly proud.

Here’s some highlights of the company’s achievements:

This year, we’ve attended more shows and events than we have in years past, including:

We have big plans coming up, too. While we won’t directly be at CES 2020, we will have freelance writers attending who will file stories with us. Our MWC 2020 trip is already planned, and we are in the early stages of putting together plans for Computex and IFA next year as well.

None of this would have been possible without the efforts, support, camaraderie and mateship of our team. This year saw some changes in our team make-up for the better, and together with my editorial team of Scott and Jason, and the support of our broader team – Alex, Duncan, Neerav, Phil – we’ve pulled together and smashed it out of the park. A special thanks, too, to our other contributors, Alex Choros, Alex Kidman and Scott Hunt, for your stories throughout the year.

As a part time gig for all of us, Ausdroid is – at best – a side hustle. We don’t always have time at the same time to run this show, and I can comfortably engage in the things I need to do – spending time with family, working my day job, and relaxing – knowing that Scott and Jason will capably take the helm. When we’re all busy, our amazing team is able to keep things on the straight and narrow until we’re back.

And this leads me to another important point.

Ausdroid wouldn’t exist, much less be successful, without the support of the partners of Ausdroid. Without the patience, understanding, support, and dare I say it the indulgence of our significant others, we wouldn’t be able to run this show for our readers.

To Rachel, Lara, Brett, Tracey, Andrea, and Jo, thank you. Thank you for allowing us time to work on our hobby, for the time we’ve spent writing stories instead of time with you, for the holidays and family time interrupted, for the time we’ve been overseas pursuing our craft while you’ve been at home with kids, pets, work and more, doing the job of two while we’re off. I can’t speak for the others, but I’m not quite sure how you do it, and I am in awe. Thank you.

With that, the important part of this story is written. I’d like to now quickly run you through the highlights of my year technology-wise:

In many ways, this is an easy choice, but I am conflicted too. It’s no secret amongst the team, or perhaps our readership more generally, that my favourite phone of the year is Huawei’s P30 Pro, and it’s for three simple reasons. 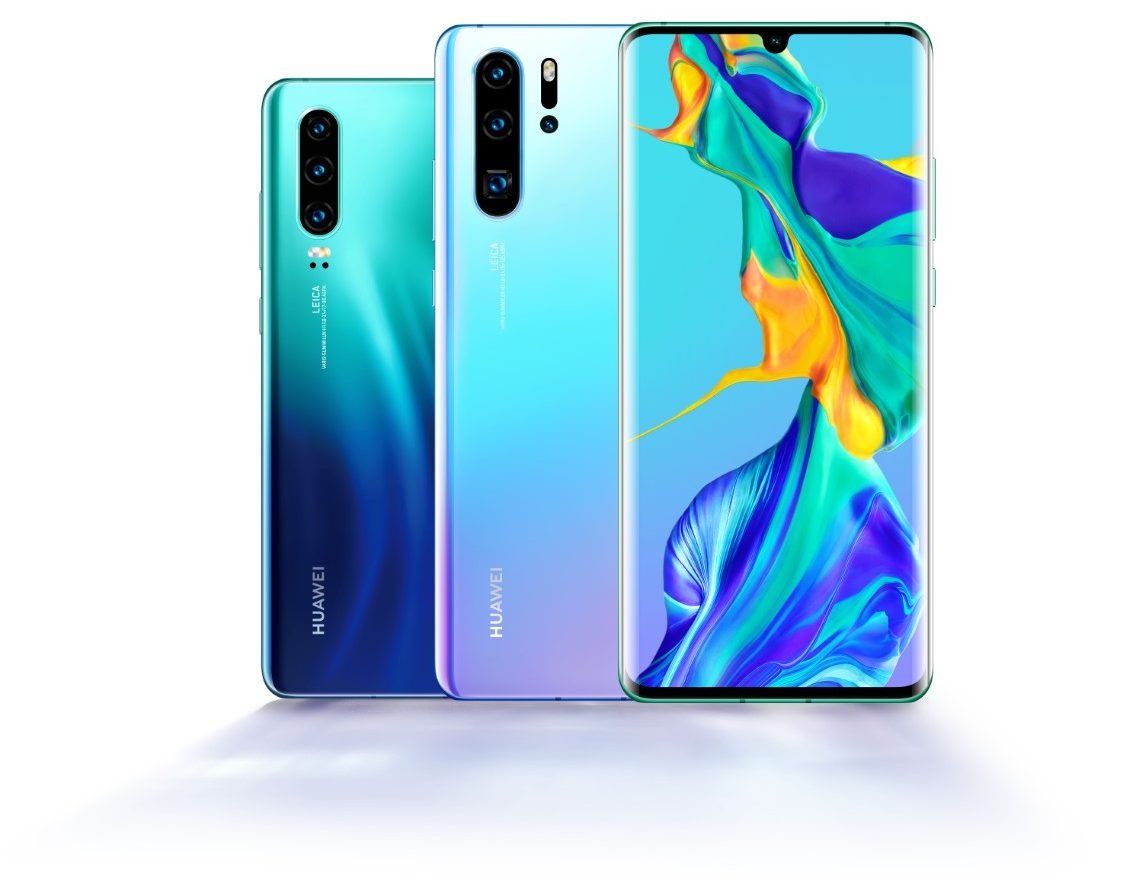 It has the best smartphone camera I’ve ever seen, that runs rings around high-end compact cameras. The battery just lasts forever, and this is my biggest pain point with any mobile phone. It’s also the perfect size – a big screen, in a package that comfortably fits on my pocket without standing out.

Others have come close. Samsung’s Galaxy S10+ is a great phone, but the camera not so good, the battery life definitely much less (though I’m told this could be because I’m using a Hong Kong variant rather than the more battery-efficient Exynos models), and with a case it’s a little thicker than I’d like.

Huawei is in an unenviable position, thanks to the extraordinary intervention of the US government earlier this year. It can no longer sell Android smartphones that include Google apps and services, and while current models can continue to be sold, it’s unclear what future awaits those phones – will Huawei keep its promise to continue supporting those devices? Or will it become too hard and people’s investments devalued by a lack of ongoing support?

The mere fact that we’re asking the question raises concerns for me, and as much as I like the Huawei P30 Pro, it may be the last Huawei phone I can recommend.

Again, this is an easy choice for me – Samsung’s Galaxy Tab S5e is the best tablet I’ve used, and likely will be until it falls apart. It takes the mantle from the Google Nexus 7 (2013) (not the original, which was a bit crap), and like the Huawei P30 Pro, it might be the last Android tablet worth recommending because Google (and OEMs) seem hell bent on destroying the tablet experience completely. The Galaxy Tab S5e is, in many ways, the pinnacle of what an Android tablet should be. A stand-alone media consumption device with a screen big enough to watch without squinting, and yet small enough to comfortably carry, fit in your bag without overwhelming it, and to be useful.

The keyboard accessory is brilliant, allowing a bit of productivity on the go, without being good enough to replace a laptop or a desktop PC. It’s definitely usable in a pinch, and for that it’s incredible, but it’s not a substitute. It’s a companion device.

Equally, the built-in LTE and great Wi-Fi compatibility means its always connected. At home, on the go, overseas, on a plane, you have connectivity where you want it, and you can do what you need to do, wherever you happen to be.

This year, the Tab S5e has been with me around the world, bringing me movies and TV episodes in the air, acting as a second screen when I’m working and need to consult other documents, and as a means to entertain the kids on long road trips. In my book, nothing comes close.

You can buy Samsung’s Galaxy Tab S5e from $564 by shopping around.

This one is a little hard because I’ve honestly not used many smartwatches this year. My favourite – which I’m still wearing today – is actually last year’s Samsung Galaxy Watch, and while the company has released newer ones, it’s this one I’ve still got and still wear. Like most other gear, it’s because it works best for me. From notifications that you can interact with, two day battery life, wireless charging, Samsung Pay, weather, music controls, heart rate monitoring, exercise tracking  and a brilliant orange wrist band (thanks, UAG) I love Samsung’s Galaxy Watch and I won’t soon be replacing it.

Oh, and it has built-in LTE too, so even if I stray too far from my phone, I can stay in touch or take calls hands-free when I’m at work. When you’re halfway up a 12-foot ladder and the phone rings, being able to talk to your wrist (which is near your face anyway) instead of grabbing out your phone is a convenience that you can’t understand until you need it.

From what I’ve seen, I can only echo Scott’s sentiments about Android-powered watches this year, and the Fossil group seems to be the only one doing those seriously. While some things can’t improve until we get better wearable processors, OEMs can only do so much, and at least Fossil is trying here. Everyone else seems t have given up.

This is why Samsung’s smartwatches – even their older ones – are doing so well. The near-complete dearth of competition.

For me the only accessory I care about is good sound. Whether I’m on a plane, at my desk, at the gym or going for a walk, music is a key part of my life and I can’t enjoy it with shit headphones.

I’m still rocking Bose QC 35 IIs from a couple of years ago, and they remain my go-to for drowning out the outside world. The noise cancelling is a bit old-school – there’s more recent headphones that do it better – but these ones remain my favourite.

For day-to-day use, though, they’re a little less ideal. They hold in the heat, so wearing them at the gym or for a walk is a no-no (and it’s gross). I prefer wireless in-ear buds for those activities, and the best I’ve found are JBL’s Reflect Flow, reviewed by Scott a couple of months ago. Sure, they don’t have Active Noise Cancellation. Sure, they don’t come with a fancy companion app which adjusts settings. In fact, there’s nothing especially fancy about them. They just have damned good sound, good battery life, they’re comfortable as hell for my ears (most wireless buds definitely aren’t), and even though they don’t cancel the sound, the isolate a lot of it, and unless you’re on a plane that’s plenty good enough.

I love these buds and won’t soon be replacing them.