At the end of each year it’s always a great reminder to look back over the year that has been. In Ausdroid context that means looking at the reviews we’ve done, reliving the stuff we loved and trying to forget the stuff we didn’t.

This year we have seen some genuinely outstanding phones, a couple of pretty slick tablets, some great toys and some serious political conflict.

Let’s start with the big fish and this is usually very subjective if I’m 100% honest. There are personal preferences involved, how much time we’ve had with particular devices and the personal experience side of it while reviewing phones.

This year I’ve gone with a phone that I actually had very little time with, but fell in love with for a variety of reasons – just not the price.

The device was released prior to the political unrest caused by the US president. Chris has the pleasure of reviewing the Huawei P30 Pro in April, for me the highlights of just how good the phone is are the camera and the fact that Chris (sorry boss…) is not the easiest man to please and had this to say:

Truthfully, there isn’t much about the P30 Pro that I find troubling, annoying or bad.

The glass front and back don’t mark easily, the included case helps, the software is quick and efficient, the battery lasts forever, and the camera is top notch.

Perhaps a surprise here. Not just the fact that I’ve included a tablet in the best of, but the fact it’s not the “best” one available during this calendar year.

The Samsung Galaxy Tab S5e does a lot and does it very well! 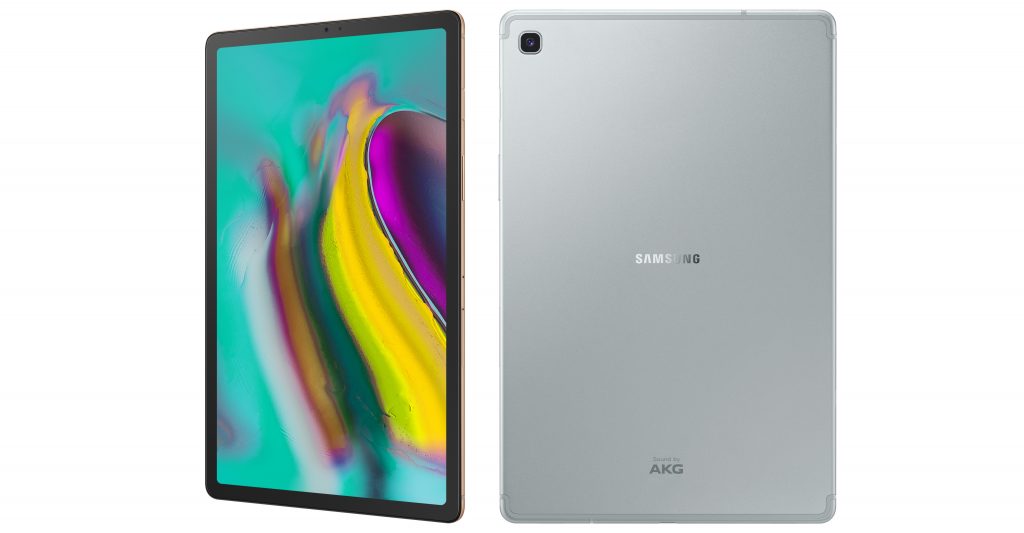 The price point is probably stretching it for some users, in fact a lot of potential buyers may just go out and look at budget laptops instead. The financial stretch of the S5e is nowhere near as far as the Tab S6 does and, honestly, I’m far from convinced that users get the extra functionality that the cost suggests they should with the Tab S6.

My choice for the best phone in this range for 2019 is the Xiaomi Mi 9T. I really enjoyed reviewing this little beast, it was really well presented with an acceptable software experience and reliable, predictable performance. What really blew me away was the camera performance for such an affordable phone. The night capabilities are excellent (not Pixel level, if you want that capacity – buy a Pixel!) standard. There’s a lot of options out there, but the Mi 9T offers genuine value for money.

2019 has been the year of the foldable phones. We got our first look at the Galaxy Fold and Mate X very early in the year at Mobile World Congress and have waited what seemed to be an eternity to get decent time with them. Both look very impressive, one is very hard to get and the other is very hard to keep in working order it seems.

Then with the surprise hit came Motorola with the Razr: A foldable phone I want that is a nostalgic step into the future. 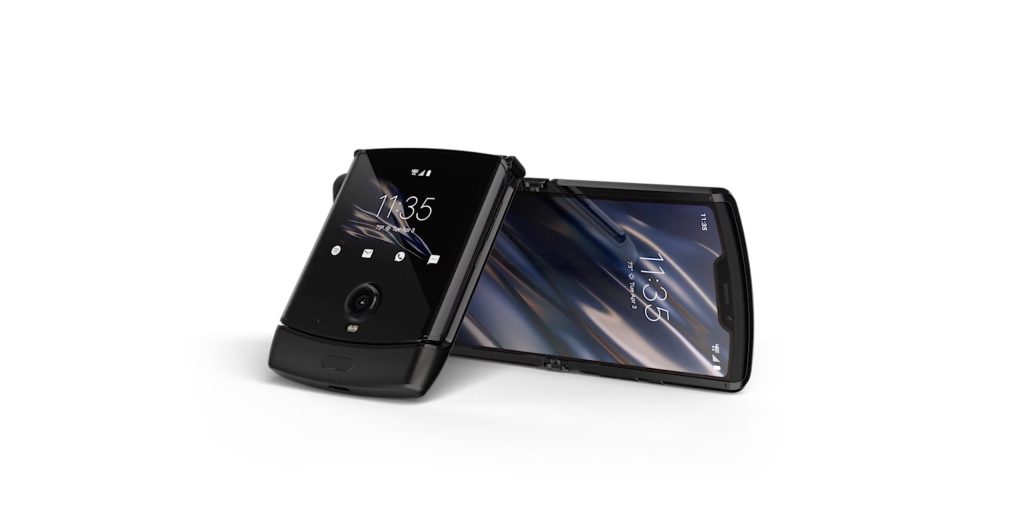 There’s a crazy number of options in this range, some are budget and some are very budget.

If you’re after something simple for a family member who is elderly, it perhaps not into these new fangled gadgets then one of the feature phones may be the ticket. Given the 3G shutdown, the more logical option is the Nokia 8810 which we actually had a look at last year but became easily accessible in Australia early in 2019.

If you’re after something simple and smart then there’s a bit more to consider. In my eyes, the Nokia 4.2 gives users a pretty solid performance level and acceptable camera for under $300. That being said though, if you can stretch the budget another $150 you’ll get a phone capable of a lot more for your money.

When considering sound there are a few variables around preference to consider. Primarily for and features: in this case whether you’re an in ear or on/over ear user and if you want noise cancelling.

If you’re after in ear then Scott’s review of the JBL Reflect Flow sold me. There’s really not a lot to dislike about them and they’re a really affordable price for something so capable. They sound amazing for such a small package and last for a long time battery-wise and when you add in a relatively comfortable fit and feel then these are indeed amazing value for money.

I got to take a listen to the Jabra Elite 85H back in June and I was impressed. They left a lasting impression on me and several of my friends who tried to steal them from me for a bit of a listen. If the review falls in the TL;DR box for you, then the wrap up is: Jabra has nailed the essential elements of a headset like this. The sound is solid, the battery life is excellent, the noise cancelling good (but not brilliant) and they’re super comfy to wear for long periods of time. With that in mind, I feel like the Jabra Elite 85H represents the best value for a Noise Cancelling Headphones that I’ve seen in quite some time.

The hands down winner here is the Lenovo Smart Clock for a number of reasons. But what got me excited about this device is its blatant simplicity. It does a handful of things, it does it well and delivers the functionality at a welcoming price point. I think this is the first widely distributed device where the manufacturer has thought simplistically, rather than looking for more functions to cram into a device and I like it.

I’ve been looking for something to fill the hole that my aged HP Home Server fills as a basic web server, VPN and NAS. I was very close to buying the Synology DS918+ after Duncan’s review, but reading the Nimbustor 4 specs I held back and I’m glad I did. It’s got capacity to meet my needs now, into the foreseeable future and protects my data well. As an added bonus this has also taken over from a second piece of hardware I had running as a Plex server, 3 devices reduced to 1 and I’ve gained not lost functionality. Like most of our team at Ausdroid, I’m on the move a lot and writing on my laptop or tablet. A dual screen setup is far more productive, but lugging around a monitor is somewhat counter productive. The Zenscreen Touch is a happy middle ground giving you the extra screen real estate with reasonably little extra weight to carry. It’s a $699 toy and if I’m honest, I just want one because it’s cool but I know it will get a flogging too.

I’m an unashamed fan of OnePlus and their coming of age in the last couple of years, the OnePlus 7 Pro was a big winner for me in a couple of areas. It was proof that they can take it to the big players and that they can do it on a more affordable level. We got a first look at the Samsung Galaxy S10+ in Barcelona, then the review very much backed up the first impressions. It’s a bloody good phone! So good in fact that after the review, I believe it’s still the daily driver that Duncan uses. I’ve always had a bit of a soft spot for Bose, their hardware has always looked good and performed to their promise. So I really wasn’t surprised by the Bose NC 700 review Finally I want to give a big mention to the Google Home Hub. It was released last year, but really hit it stride early 2019 with the first batch of sales bringing it to the attention of a lot of retail buyers. Mine gets daily use and I’d be very happy to steadily replace the speakers in my home with smart hubs because the functionality is well balanced. Fails of the year It would be careless to not give the Galaxy Fold a big mention in the failures of the year. Don’t get me wrong, I like Samsung, I like what they do (generally) and they make good hardware. In the case of the Galaxy Fold they were just too fixated on being first to market with a folding phone that – from an external perspective – it seems they lost sight of the fact it needs to be functional for “real” users. Even the final release has a clause that essentially says “We know this is going to break, so we’re going to fix your screen for you cheap”. Not cool for users who fork out the big dollars for it. For now: You’ll get a cheaper and better experience with a separate tablet and phone combo.

The other device that makes a solid appearance here is the V50 ThinkQ 5G. There’s a couple of reasons for that, one is that it’s 5G and (no fault of LG) the networks just aren’t ready in Australia. If you’re buying a 5G phone right now, honestly you’re wasting money. The other is the implementation of the hardware, it could have been very good but sadly it’s just not. It’s been another big year of evolution and revolution from multiple big names. Foldable phones are here, the release cycle for the big players has continued and we’re seeing a continued focus on the development of the phone camera market.

Something that has been somewhat absent in 2019 is a good Wear OS device and I’ll keep waiting, but honestly my hope is fading.

I’d like to wish all of the Ausdroid community a happy and safe Christmas and new year break with your families. Into 2020 I hope that the development of the market continues and we see new, exciting and innovative developments.