Rather than talk about the misses, let’s focus on the hits of 2019 — yes there were some.

The Pixel 4 didn’t live up to what it could and should have been with an unreliable and poor battery life. The OnePlus 7 Pro was an amazing phone but suffered from ghost touches which made it unusable for me at the time and although it has improved over time with updates and removal of the factory-installed screen protector the curved display is prone to accidental touches — such a shame.

It took until mid-December for me to find my smartphone of the year — the Asus ROG Phone II. Yep, I did not expect this but it truly is an amazing phone and not just for gamers. As a phone it was fast, smooth and worked at 90Hz refresh rate the entire time (it can go to 120Hz if you want for those apps that support that rate). The software was not a skin but more a theme making for a fast, fluid experience.

The additions by Asus were useful and provided good use of innovative hardware — one thing they have done is include capacitive sides on the phone which can not only be used to trigger Google Assistant and other apps such as the camera. When gaming, the areas can be mapped to button presses in the game allowing for a more traditional gaming experience.

The front facing speakers sound amazing with a loud, crisp, non-distorted sound, perfect for gaming. The camera on it is not up there with the best in the world but is easily good enough. Add in the gaming accessories that come with any purchase of it and you have a winner. Keep an eye out for the review coming next week.

My honourable mention in this category goes to the OPPO Reno 10x Zoom (or 5G). OPPO continue to hit a bullseye every time with their hardware but unfortunately, although their software continues to improve, there are a few idiosyncrasies that are frustrating and prevent it from being the equal of the other premium smartphones.

These days a lot of mid-range smartphones with some very impressive specs. My best mid-ranger of the year though focused on the price point and sought to deliver a premium experience without all the bells and whistles — and they succeeded.

It should come as no surprise that the best mid-range smartphone for me was the Pixel 3a XL. Sure they removed wireless charging and made it out of plastic rather than glass but they did an amazing job with the software. Even with the lower specced processor they were able to bring as much of the Pixel Experience across to the non-premium version as possible. The camera quality is something never before seen in a mid-range phone — and that was not missed by the many who have now bought it and the reviewers who were lucky enough to get one. Google hit the ball out of the park with this one, if only the Pixel 4 did the same.

This one was a no brainer for me. The Sony WH-1000XM3 were last year’s release and this year’s release by Bose was as good as the Sony. The Bose NC700 took on the Sony headphones with a new design for Bose and produced some amazing headphones. The design looked stylish and incorporated touch panels on the ear cups for controlling various features and they were possibly the most comfortable headphones I have ever used. The sound from the Bose NC700 is and has been unmatched by anything else I have ever used or tried. Big statement but the sound is loud but does not distort, it is crisp while maintaining a good bass. The sheer clarity of the headphones is something that needs to be heard to be believed. As for the cost they are not cheap but expect the price to drop next year just as their predecessor, the QC35II, have done and continue to do.

We have seen so many different Google Assistant-enabled speakers this year and a smattering of smart displays. Google went and trumped them all with the release of the Nest Hub Max in the middle of the year. 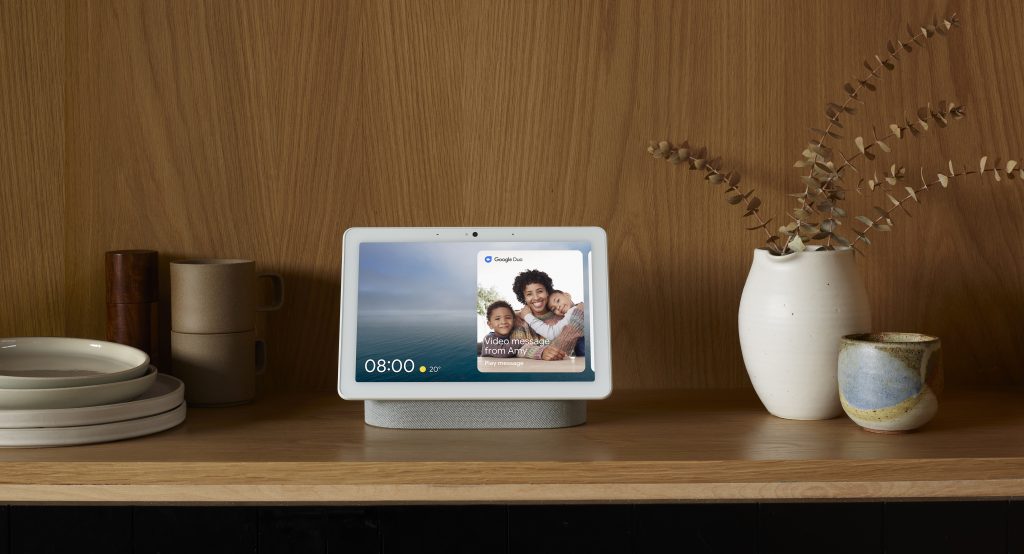 Not only is the display bigger but the features are plentiful. There are reactive touch controls, facial recognition for personalisation of messages, news etc (face match before showing personal results), air gestures, a fully functional in-built Nest security camera which doubles as a Duo video calling camera which can follow you around the room (and not in a creepy way, well, maybe a little bit creepy. For those who like their security you can use the physical button to physically disconnect/turn off the camera.

Until the last couple of months Android Wear and all related products looked totally useless, slow as treacle and limited in their uses. Then along came Fossil’s 5th generation smartwatch. Who would have thought that improving the hardware (most notably the RAM) would improve the performance of a smartwatch.

At a time when manufacturers are having no qualms sticking 12GB of RAM in a smartphone for some reason they were reluctant to go past 512MB. Along came Fossil who stuck 1GB in all of their watches and low and behold they started operating more how they were designed to. Every 5th generation Fossil-made smartwatch with the 1GB of RAM in it is a worthy successor over every single thing that has come before it. By Fossil-made we are also referring to the Kate Spade, Emporio Armani, Diesel and more smartwatches. My favourite is/was the Diesel On Axial due to its design and styling — I called the design brutal in the review and it was but it is a style that suits a lot of people — less of the banker/businessman Rolex look.

Surprise of the year

There were a few surprises this year and although I could say that OPPO’s phones finally became usable as a daily driver, they have been incrementally improving every year so it should be no surprise they have finally reached the stage where software is decent (albeit with a few idiosyncrasies, but it is easily good enough to use day to day now).

The two biggest surprises this year for me were the two pieces of tech I was most sceptical about — the Deebot Ozmo 950 and the Asus ROG Phone II. The Deebot Ozmo 950 sucked much more than what I thought it would. It was able to keep our new house clean even with a myriad of tradies traipsing through fixing their original mistakes. I could just tell Alfred, what we named the vacuum, where he had to clean using the app and off he’d go — and do a good job about it. The mopping functionality was also a surprise in that it could vacuum and mop at the same time while still mopping the floor really well.

My other surprise of the year was my smartphone of the year. Yep, Asus — who would have thought? And it is available here in Australia from JB Hi-Fi. It is a beast of a phone and while the design is very “gaming” you can stick a case over that and get one of the fastest smartphones with one of the best displays around. The camera could be better unfortunately but outside of Huawei, Samsung and Google all other manufacturers seem to be at about the same level — it is certainly acceptable and above average. Did I mention that it has a 6,000mAh battery that seems to just keep on and on, even with lots of streaming, gaming, high brightness and 90Hz display for all supported apps?

We saw some great innovations at OPPO’s Inno Day a couple of weeks ago and I look forward to seeing them and more implemented next year — 100W wired charging and 30W wireless charging for all, in-display selfie cameras, full or half screen in-display fingerprint sensors and some nice use of the capacitive sides of the devices (such as Asus have done). If OPPO are showing this you can be sure that other companies such as Huawei and Xiaomi also have things very similar in store for us as well. Next year promises to be another great year for the smartphone with these new additions. You do have to wonder how much all these new technologies are going to cost us in the end.

There you have it, my best for 2019. Sound off below and let me know what you think I missed or where I went wrong. What would you put on your list? What are you looking forward to in 2020?