2019 has been a year like no other. We’ve seen major upsets in international trade relationships directly affecting the tech industry, privacy and security is finally becoming a mainstream conversation and the era of the flagship dominance may have come to an end.

2019 was also a slow year for progress: when I look what’s in my pocket / bag / house there’s very little “new” even if there’s a lot of slightly improved things. I think this is a cadence we may have to get used to, most years are going to be evolutionary, not revolutionary going forward.

As hinted above, my best phone of the year is not some $1800 – $2000 monstrosity, no it’s the $649 – $799 Google Pixel 3a and 3a XL. I’ve had one of these gracing my pocket and it heralds one thing, the mid-tier is here and finally it has no compromises. Built quality: Excellent. Cameras: Excellent. Performance: Excellent. Overall the Pixel 3a has redefined both the premium and mid-tier Android devices. Top tier devices are now for those who simply “must-have” the latest or greatest, or have an edge use case that “requires” a more powerful device. For the mid-tier, the Pixel 3a just becomes the default device for those able to spend $649 — Harvey Norman actually have the XL version for $577 at the moment. This means the new fight for other OEMs is really at the sub $650 mark.

Post-Pixel 3a when someone asked me “what premium phone should I get,” I ask, “do you want to pay a lot of money to have the latest and greatest, or are you happy with an excellent phone”. Depending on their answer I either recommend a Pixel 3a or depending on their use case something like a Samsung 10 series, Pixel 3 or a OnePlus if they’re able to handle their own tech support.

The Pixel 3a is an all-round solid performer. Previously you always sacrificed a little something with the camera in the mid-tier, you’d read comments like “for the price” in reviews — I know, I’ve written it. And for the price those cameras were great, but the Pixel 3a just moved exceptional cameras into the sub $1000 market. Ask yourself, why are you paying more?

Well, this is harder now, seeing as my phone of the year would traditionally be considered a mid-tier device. So here I’m going to recommend what to do if you want / need to spend less than $649 on a phone. My answer starts a little broad, anything from the Android One ranges from Motorola and Nokia are worthy of consideration. Between both of these OEMs, there are devices at almost every price point.

Obviously the more you spend you the more get, features like NFC and fingerprint sensors are not on every model, so if you can try and put a little more in you’ll get more features, there are typically a few improvements at every $50 – 100 increment. Which devices are better may come down to your exact budget, style and desired features. However, in my experience, the Motorola is normally just a little bit ahead of the Nokia’s at a similar price point and typically add just a little bit of extra software customisation that enhances the stock Android One experiences.

Whichever you go for you’ll be getting 2 years of OS and 3 years of Security updates, and in devices starting at around $200 that’s outstanding. I used both a Moto One Vision and a Moto G8 Plus (review coming) this year and loved every moment of both of the devices, in fact, my mother now carries a Moto One Vision, so I put my money where my mouth is.

With the demise of the 3.5mm jack still dragging out (to be clear I’m pro headphone jack) we all must turn to Bluetooth or USB-C headphones if we want to get audio out of our devices. Regardless of pining for 3.5mm jacks I actually love Bluetooth fully wireless earbuds, I just want to have the option for a 3.5mm connector when I need it. I’m on record as loving the Jabra Elite range, and with the 2019 refresh to the line up that remains true., 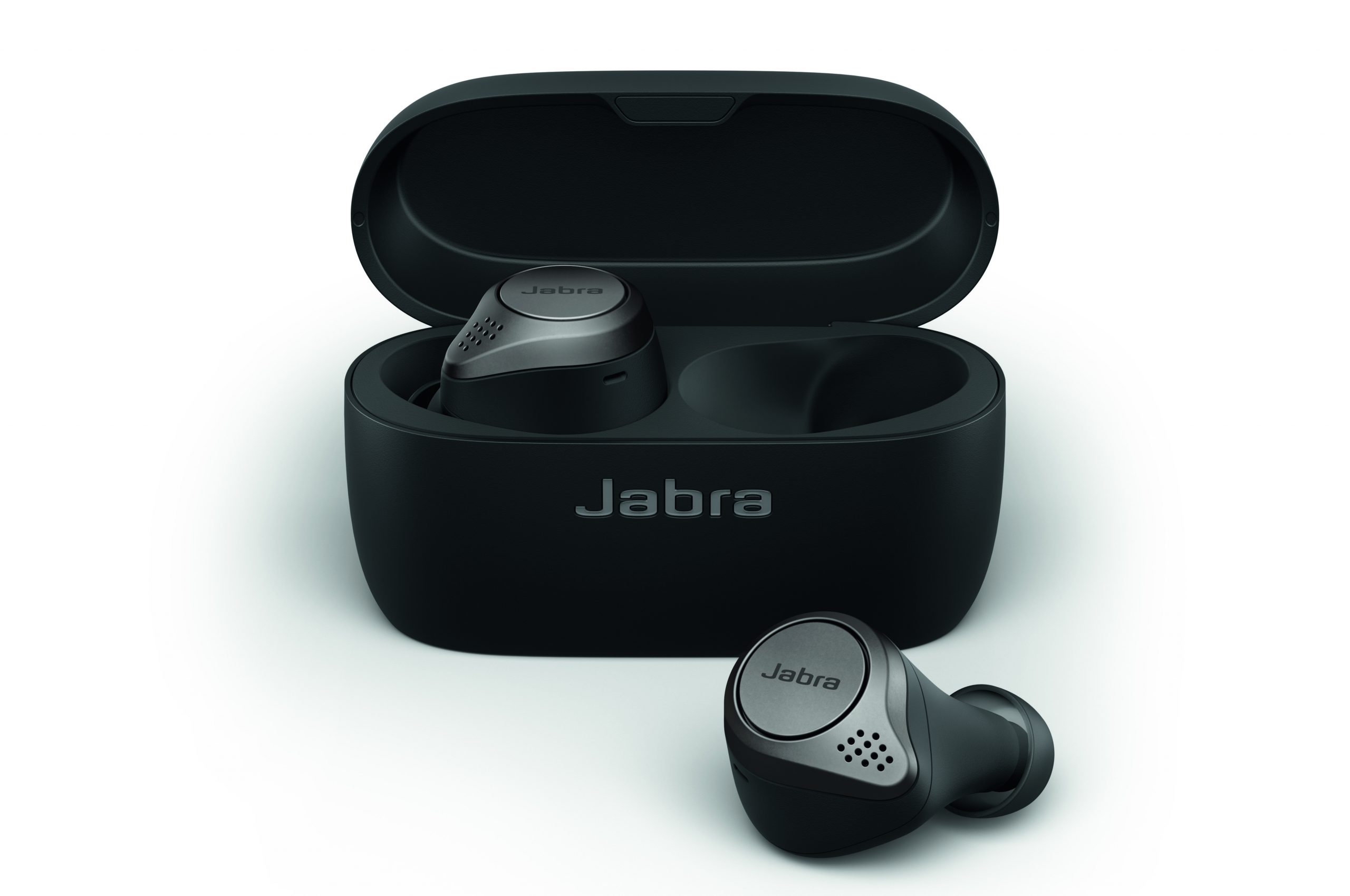 I’ve had a pair of the Jabra Elite 75t for a few weeks now and I love them, they’re an all-around upgrade to the originals with an easier fit, smaller case, USB Charging and Bluetooth 5.0. The sounds is just as excellent as found in the last generation and I’m a fan of physical buttons over touch controls on my earbuds.

If I had to call out anything as an issue it would be that if you only want to use one bud it has to be the right device, it still acts as the primary receiver, even though Bluetooth 5.0 would support simultaneous connection to either — not huge but I do love being able to choose which earbud I have in. The other feature I’d love to see is a built into Bluetooth tracker, such as Tile integration for offline finding of lost Buds.

I’ve found 2019 to be a little disappointing in the smart device market, while Google Assistant has gained more and more device schema to control more and more devices those devices just haven’t made their way into the market in an appreciable way. I have a house full of smart stuff and still, I feel the ecosystem just isn’t quite ready. When I look to the entry end of the market however with smart speakers, bulbs and power outlets there is at least a bit of movement happening at that end.

The Nest Mini is my best smart device of 2019, while it’s not a huge jump forward for IoT as a whole, it’s a measurable improvement for what is likely most peoples first Google Assistant Speaker. The sound is far richer, the controllers more polished and user-friendly and it’s still relatively inexpensive, especially when they’re on sale. For anyone looking at entering the smart home / smart speaker market I’d have no issues recommending one of these, they’re small, pack a punch and if paired together as a stereo pair they actually delivery very reasonable sound. The Nest Mini is the gateway to IoT and that gateway is certainly much improved.

What is a smartwatch? Is a fitness tracker a smartwatch? Does it need a screen? For my best Smartwatch of 2019 I’ve chosen the Fossil Gen 5 line up, specifically, I loved the Fossil Carlyle HR. Android Wear came very close to being excellent on the Gen 5 platform this year, with significant improvements in lag and usability and reliability. The Gen 5 really took Wear OS to somewhere where I’d be comfortable recommending it to a normal, perhaps a more technically inclined one. The UI for Wear OS 2.0 is simple and intuitive, the lag is almost gone and the battery life lasts a full day with the screen always on. Now I’ll admit that I think the processor is still a generation away from being where it needs to be and Google is suffering for the lack of development in this space.

However I loved the Fossil Gen 5 platform, and if you’re wanting a Wear OS device or a smartwatch with a little power why not give one a go.

I’m currently reviewing the Fossil Collider Hybrid Smartwatch, and I have to admit it’s challenging me to consider what I really want a Smartwatch for. The Collider includes both mechanical hands and an E-ink display. What you end up with is a proper watch, fitness and HR tracking, customisable “dashboard” watch face and some smart notification features.

The notifications are not as rich and easy to use as on Wear OS, there’s no NFC for payments which I dearly miss and advanced features like displaying QR codes for loyalty rewards and apps are never going to be there. But what you do get works well, very well, and the battery lasts for over a week. I’m still collecting my thoughts on the Collider, but I think I want something in between this and Wear OS…. Please be what Google bought the Fossil IP for!

Surprise of the year

My surprises fall into two categories, something I wasn’t expecting, and something I can now not live without.

The rebirth of the Moto Razr as a fully folding smart device was something right out of the left-field, for a device like this I’ll throw out all of my comments about expensive phones because I just lust for this device. Moto has hit it out of the park with the concept, here’s hoping the execution follows suit. I have often thought why a foldable phone that starts as a regularly sized (if a little thick) phone and turns into a mega device, it’s really a foldable tablet, eg. devices like the Samsung Fold and the Huawei Mate X. However, the new Razr starts as a smaller device and turns into a phone, I have to admit I haven’t lusted after a bit of tech like I am for this for some time.

The device I can’t live without anymore is my Meater Smart Wireless Thermometer. I am into low and slow smoker cooking, and there can be a bit of guesswork with some pieces of meat in getting them perfect, especially if you are doing a reverse sear. We came across the Meater earlier this year and met up with the team at MWC 2019. In sort it has revolutionised my cooking, I’ve even used it in the oven when doing traditional roasts. I was always intrigued by the Meater, but I never expected it to become an essential home device.

Right off the mark I’m obviously looking forward to the Motorola Razr being launched, it’s very possible that my own dollars will be going towards that phone. Outside of that, I hope to see a continuation of the trend of features making there way to the entry and mid-tier devices.

I want to see more excellent cameras on more affordable devices, I want to see wireless charging and more storage options filter down from above. I want to see low-cost devices that don’t make their users want to smash the screen with a rock. For a long time tech did not benefit from commoditisation as it moved from consumer tech into consumer fashions / status symbol territory.

With companies like Apple leading the charge that you could just sell devices at a higher and higher price and people would pay in order to have the expensive thing, the cost of tech to the end-user has skyrocketed over the past few years. Perhaps we’re on a trajectory to that stabilising a bit.