It has been a while since OPPO launched the revolutionary Find X, complete with a full screen display (zero bezels to speak of) and a pop-up camera where half the phone popped up.

Since then, June 2018, we have been waiting not-so-patiently for them to release a followup, the Find X2 and now it seems that the release is imminent according to not just their VP but also CEO.

In a Happy New Year message to his followers on Weibo OPPO’s Vice President and President of Global Marketing Brian Shen added that the next time they see us the Find X2 will be there — that is how we interpreted it anyway.

Founder and CEO of OPPO, Chen Mingyong, also apparently confirmed the imminent release of the Find X2 in an interview yesterday saying that OPPO will be launching the Find X2 in Q1 of this year. He also shared some details stating that it will arrive with a Snapdragon 865 and thus 5G on-board — nothing else was mentioned.

We do expect OPPO to release a Find X2 that is cutting edge in many ways with an in-display camera, a larger in-display fingerprint sensor area and possibly sans any ports as displayed in the prototype they showed off at their innovation day last month. It is also likely that it will arrive with 30W wireless charging and some form of super dooper VOOC charging in the range of 50-100W. 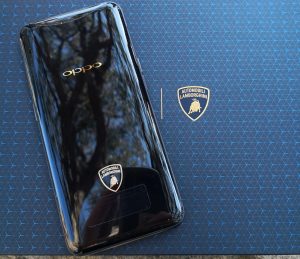 Add in a 90-120Hz display and some decent optics in the rear camera system such as Sony’s latest image sensor that comes with a 2×2 On-Chip Lens (OCL) solution resulting in faster, more accurate autofocus in all light conditions and it could be a very compelling device. Hopefully they can continue to improve ColorOS as they have with every iteration for the last few years.

We saw the Find X land here in Australia eventually so it would not surprise us if the Find X2 did as well. I’m looking forward to seeing what OPPO bring to the market with their cutting edge flagship, how about you?