The humble GoPro camera has come a long way. In previous versions of the hardware, you could create some good videos of your adventures. As time has progressed, the capabilities have improved dramatically to a point where you now don’t really need a gimbal unless you’re doing some serious kamikaze stuff and mounting the camera to an unforgiving frame such as a mountain bike or motorbike.

With the release of the GoPro 2019 range, the Hero series of cameras has continued to uphold the status of the range, as the mainstream device offering huge functionality to the majority of users.

We’re looking specifically at the GoPro Hero 8 Black, the top end of the Hero 8 range of GoPro cameras. The tech specs are enough to bore most users who just want a video to be really good quality at the push of a button – and rest assured, it is!

For those of you who want to know more check out the video and specs.

The camera itself is 66.3mm wide, 48.6mm high and 28.4mm deep. The camera has a couple of mounting options: traditional GoPro mount and screw mounts for tripods, selfie sticks and some of the GoPro mods that are available.

The box contents have become less and less over the years — there is less reliance on computer interface and PC software thanks to the evolution of the GoPro App. All you’ll find in the box is

Given I have a number of various mounts that I’m very happy with, it’s well worth your time investigating your options and investing in good quality mounts that suit your needs.

The GoPro app and Camera functions

The GoPro app has gone from a very simple “download your videos when you’re done” to a viable option for remote controlling your camera, watching the videos you’ve shot, basic editing and uploading all in one place.

There’s a lot of features and options in the Hero 8 Black for video and photo capture. The camera captures 12MP images, 4K at 60FPS, Slow Motion, Hyperlapse, Time Lapse and – while connected to your mobile – can live stream in 1080p to your Facebook followers.

There are also some very useful voice controls that you can turn on, but by default they’re disabled. You can easily turn them on ready for use. Like the Garmin VIRB 360 camera we reviewed a couple of years ago, the trigger is as simple as “GoPro – Record” or “GoPro – Stop”. There is a long list of commands you can use, which is displayed when you enable the function.

GoPro cameras are designed to take a beating (they’re not unbreakable though… I’ve broken two in the past. Given how broken I was after a reasonably high-speed mountain bike crash, I’m honestly not surprised the camera broke!) and go absolutely everywhere with you.

Where the Hero 8 really stood up compared to previous versions of GoPro is the video stabilization. The video stabilisation has come along in leaps and bounds since the previous Hero camera I purchased – version 4 – and is significantly better than the Session camera I currently use. The stabilisation suggests that there’s either a small gimbal built-in or the software is doing the stabilisation. As you can see in the driving video below, where the camera was fixed to a windscreen mount that did not move, there’s some significant sway in the video to keep it smooth.

It’s come a long way, but if you’re doing activities that have significant and regular impacts, you’ll probably still want an expensive gimbal setup if you’re producing videos where you want them to be high quality.

As mentioned earlier, the app has come a long way too. Now it is able to do some basic editing on the fly by taking footage directly from your camera. You can then perform your edits within the app and upload for the quick share so your friends can see what you’ve been up to.

Controlling the camera is a breeze through either the touchscreen interface or the phone app. If you’re regularly using a particular video setting for activities, you can set it and forget it. Just hit the shutter button when you’re ready to roll.

The really simple wrap up is that the GoPro Hero 8 Black does what it advertises, and does it well – but it comes at a cost.

The cost can be – for many potential buyers – prohibitive to purchasing a top-flight action camera like the GoPro series. Particularly if you go for the Black range, $600 is a lot to ask. There are far cheaper options on the market that can take quite an acceptable video – but they just aren’t as good as the GoPro at the end of the day.

It seems to be a common theme with a large percentage of our review devices. The battery doesn’t handle a huge amount of activity well. A 20-minute drive, 45 minutes at the playground with my kids and there wasn’t much left to give from the 1220mAh battery but we had plenty of fun along the way! 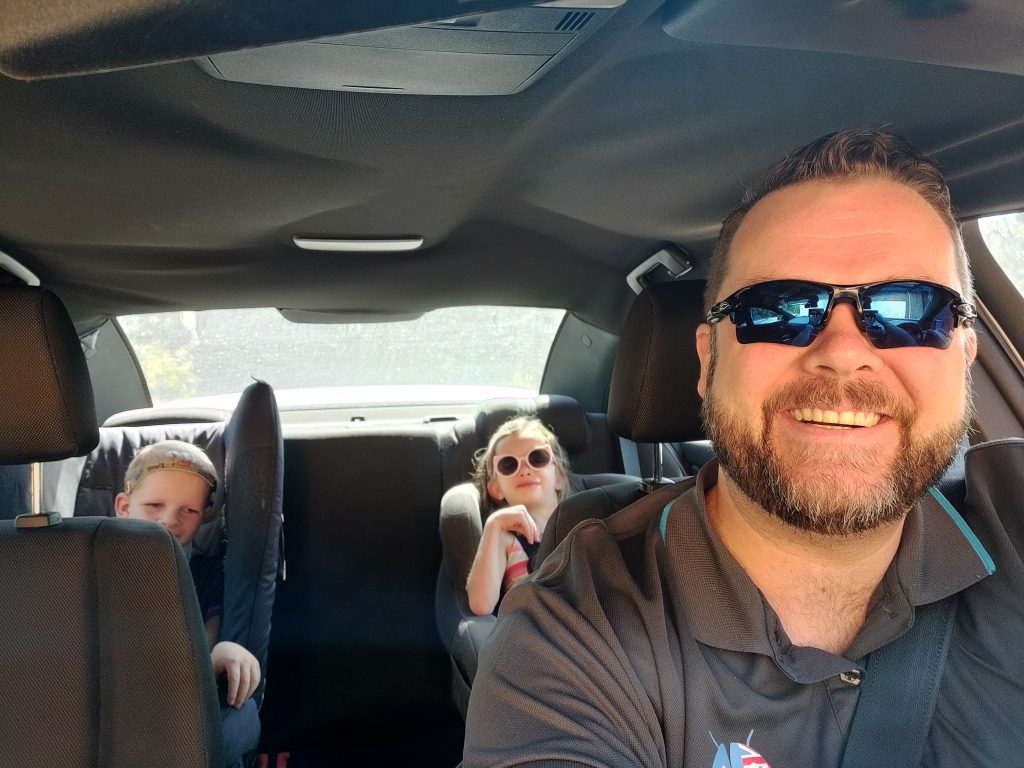 You’ll get a solid hour and a half at full capture capacity, but for a lot of people, that’s simply not enough for the GoPro Hero 8 Black to be a viable out of the box solution. They’re going to need an extra battery or mobile charging solution to keep the camera recording.

It shouldn’t surprise anyone that the Hero 8 Black is another step forward from previous iterations of the GoPro hardware. With the capacity to produce up to 4K video, this isn’t a lightweight toy – it’s a device that can and will work for everyone up to a semi-professional in video production. Even then, with a broad variety of genuine, or third party, accessories available the capability of a GoPro just continues to broaden. Hero 8 Black has the capability to fit in with almost any weekend or adventurous activities, but it comes at a cost. You’ll need to seriously consider if a high-end action camera is something you want and need, but if you do make the investment – you won’t be disappointed.

You can get your hands on a Hero 8 Black through the GoPro website for $599.95 or through the usual retail chains such as JB Hi-Fi, Bing Lee, Good Guys and Harvey Norman.

If anyone need much cheaper, then will be able to get via