Home News and Editorial OPPO Find X2 will have 120Hz display and a custom omnidirectional focusing... 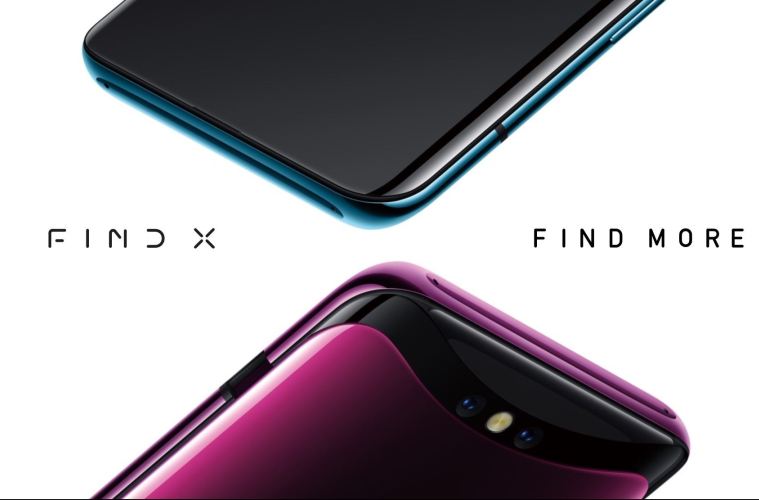 OPPO are looking to improve their smartphone photography this year and the first device they are looking to do this on is the Find X2. Launching in the next couple of months, details of it are starting to appear.

A new leak has detailed the camera specs along with confirmation of some of the display specs we have seen previously. Over at Weibo there is a leak that says the Find X2 will feature a custom primary sensor that has been developed by Sony and OPPO that will allow all-pixel omnidirectional focusing. This new 48MP IMX689 will have a larger sensor than last year’s best camera phone’s sensor — the Huawei P40 Pro’s IMX600.

OPPO of course hope that this new sensor with a bigger sensor base will result in better imaging but of course a lot of that result will also depend on the steps forward they have taken with their software image processing. 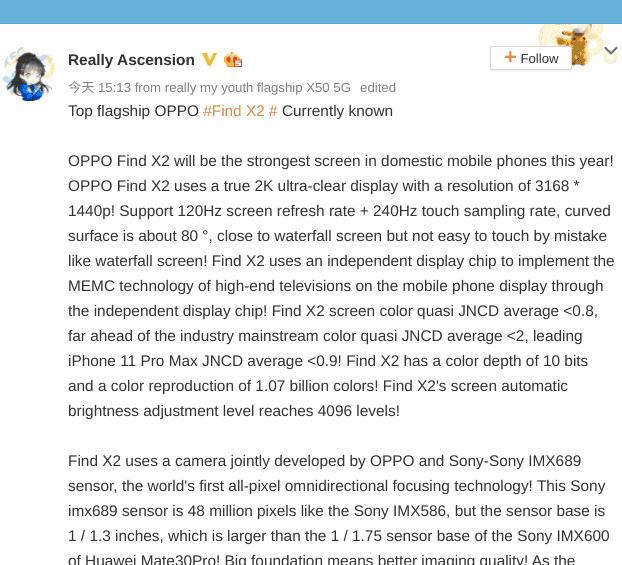 Other sensors included in the Find X2 are a secondary ultra-wide lens (Sony IMX708) and a telephoto lens with 5x hybrid zoom of 13MP. The front-facing camera will be a 32MP Sony IMX616 lens.

The display has also been confirmed to support 120Hz, a 240Hz touch sampling rate and a QHD+ resolution. It will also include an 80 degree curved edge which will be “close to a waterfall” display but will include touch rejection software to prevent accidental touches. Just like the OnePlus display it will include the controversial MEMC technology which some hate and other love along with an extremely accurate colour reproduction of JNCD of 0.8, the same as that of the Fluid display in the OnePlus 8. It is likely the two devices will be using the same display given they are so closely related — it will be interesting to see how it functions under their very-different software skins.

There is no confirmation when the OPPO Find X2 will actually release but given the first version made it to our shores we fully expect the second iteration to land here as well. Keep an eye out for it as OPPO look to take some of the premium market space left vacant by Huawei here in Australia.