Home Smart Home and Wearables Around the Home Amazon launches the Echo Show 8 into Australia with a great pre-order... 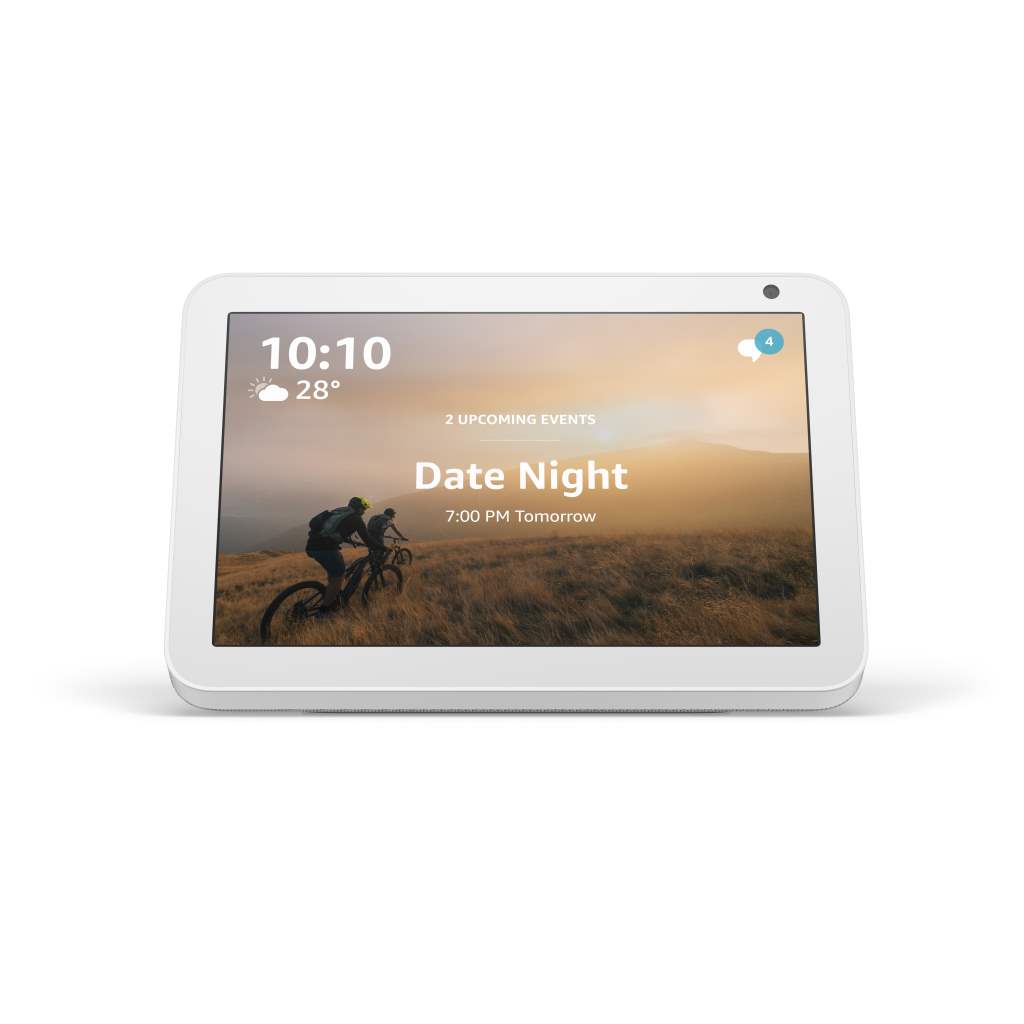 The Echo Show 8 is the latest Alexa-powered device to house a display — this time an 8-inch HD display. The Echo Show 8 also comes with “crisp, powerful” speakers — 2 x 2.0″ at 10W per channel, the same as the Echo Show. There is also Bluetooth connectivity included to help you stream your music to the device

The camera is a 1MP camera but has a built-in shutter and microphone/camera off button for those who are privacy conscious. The camera can be used with video calling and messaging others who also have the Alexa app or an Echo device with a display.

Of course you can do all the usual Alexa things from the Echo Show 8 including controlling your smarthome and the myriad of “skills” that Alexa has. The Echo Show 8 sits comfortably within the Echo Show 5 and the standard 10-inch Echo Show, sharing many of the same features as the fully fledged Echo Show.

Amazon Australia are also offering a great deal for those who pre-order the Echo Show 8 — shipping on February 26. If you pre-order the device before February 25 you will get it for half price at just $114.50 instead of the RRP of $229 (from February 26 onwards). There is also a stand available who prefer that look for $39.95.

For those interested you can pre-order it from Amazon Australia here.

why amazon australia keep forcing people to buy the fire stick basic edition which is HD , outdated , and lag none stop