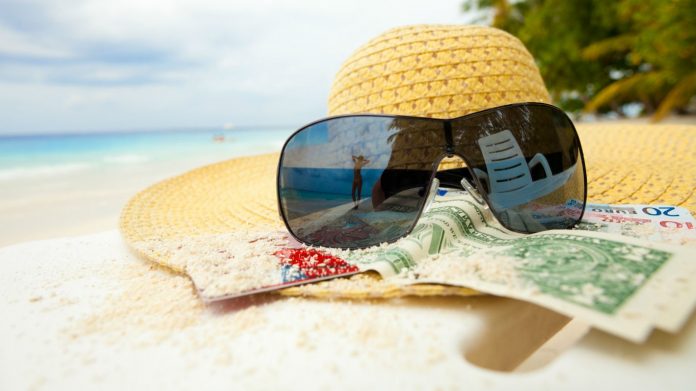 Ever year, Australians are slugged hundreds of millions of dollars in fees for using their banking products overseas. While your daily banking services will work overseas, there’s a good chance you’re not getting a good deal.

If you use your credit card to pay overseas, chances are you’re going to pay a fee. If you withdrawn foreign currency at an ATM, you’ll almost certainly pay a fee. On top of this, you can easily get stung paying in restaurants or cafes (or countless other places) that have terminals that “allow” you to pay in AUD.

These terminals are insidious. They sound great, because you pay in AUD and avoid paying international transaction fees and foreign exchange rates, but they’re not great – instead of paying your bank, you pay the company which runs the payment terminal. Often, the fees aren’t great, and in some cases, your bank is probably cheaper.

But what if you want to avoid as many fees as possible? Here’s some great ways to save on those international transaction fees. Use a digital bank with no or minimal fees

The last couple of years has seen a huge rise in digital-only banks in Australia, and because they don’t have the overheads of typical banks – they don’t have to maintain branches, pay branch staff, and often don’t have lending products (and the compliance costs to go with) – they can offer the wiley customer a great product at an extremely competitive cost.

Take Up for example. Up is a digital banking product backed by Bendigo and Adelaide Bank Ltd – so it has some big name credibility – aimed squarely at those who don’t need nor want traditional banking services. You get a Debit Mastercard to access a traditional bank account (with BSB / Account number, and PayID as well), the ability to make and receive payments, and a smart saving option

The product is more notable for what you don’t get, though – fees:

This means that you could quite conceivably pay no fees whatsoever to use your Up card to pay for things just about anywhere. In fact, the only time you’ll pay a fee overseas is if you withdraw cash from a non-bank ATM (and these are easy to avoid in most places).

Of course, many ATMs charge their own fees, which Up can’t waive, but you won’t pay double to use a major bank ATM.

Being a ‘traditional’ payment card, you can’t prepay for foreign currency when rates are favourable, but the flipside is you don’t need to worry about foreign exchange rates. You chuck some Aussie dollars on your Up card, and spend overseas without a worry. Just remember – if you’re using one of the fancy ATMs or payment terminals that offer you the option to pay in AUD, don’t take it – you’ll pay far less (most of the time) to pay in the local currency instead (Euros, USD, whatever).

Of course, it isn’t just Up – which we write about because we’ve used it first hand – there are other digital banks which offer similar fee-free options:

Use a traditional bank with low/no fee options

Not something I initially would’ve thought of, but there are big name banks that offer great fee options for international payments.

Neerav filled me in on two banks he’s used which have no fee international payment options – Macquarie Bank debit card, and Citibank Plus.

Like the digital banks above, Macquarie Bank’s debit card product offers no fees on most international transactions either in a shop, online or using a foreign ATM. In many ways, this product is exactly like the digital bank offerings we’ve talked about above, but backed by a much bigger name. There won’t be many who’ve not heard of Macquarie Bank.

Likewise, Citibank is an internationally known banking name. It’s a brand I’m not (personally) too fond of – its expensive loan products kind of make my skin crawl – but you don’t have to use those. The Citibank Plus daily banking offering has free international payments and ATM withdrawals, but like the digital banking products, if you use an ATM that slugs you its own fee, you still pay that. Pre-pay your international currency with TransferWise

We wrote about TransferWise earlier this week – it now has an instant “Add to Google Pay” option – which isn’t a bank per se, but does offer a great way to pay and withdraw cash overseas.

Unlike the other products mentioned on this page, TransferWise isn’t a bank. It isn’t a savings account which you can use as a regular banking product (though you could kind of, it wouldn’t be a great idea). What it does offer though is:

While the banks listed earlier are great for travel overseas, TransferWise is a bit different – it’s more of an easy way to move money around than just a travel product (though you could definitely use it this way). If you pay in local currency (e.g. EUR, USD, or whatever), you pay no fees whatsoever. You’ll also pay no fees to withdraw local currency, but be mindful of ATMs which charge fees – in some countries, free ATMs just don’t exist anymore. Options you really shouldn’t use anymore

In my experience, at least, there’s some options which just don’t bear mention except to say “just don’t do this” except, perhaps, in an emergency.

Using your big-4 bank cards overseas is almost certainly a way to pay some fees you probably shouldn’t, so while it’s a good idea to have these cards with you – you need to be able to access cash in an emergency – you’re better off loading some cash into a card that you can use overseas for free, and keeping your normal cards for an emergency somewhere safe (leave them in your hotel’s safe, for example).

Carrying around large amounts of foreign currency is generally a terrible idea. Not only is it almost impossible to replace if you lose it, but it makes you an attractive target for pickpockets. If someone pinches your card, chances are – especially with the digital banks above – you can block it and use your phone as a virtual card within minutes. However, if someone steals your wallet full of cash, you’re in real trouble.

As someone who travels a fair bit, I almost never carry any foreign currency – you can use cards virtually everywhere that matters. It’s good to carry a bit of cash for small purchases or emergencies, but I’m talking the equivalent of about $20 AUD or less. Enough to buy a coffee, buy a train/bus/tram/whatever ticket, and that’s about it.

Using Travellers Cheques is something your parents probably did, and there’s a good chance you’ve never heard of them. You can still buy these – from places like Australia Post, American Express, and others – but really, they’re a pain in the ass to use, and if you’re in remote areas or trying to exchange them on a weekend, they’re all but useless.

So what’s your best bet?

Everyone’s needs will be different, but generally when I travel:

By doing this, I pay no fees to pay overseas or to withdraw cash, and I can get on with the trip!

What are your international travel tips?

I joined NAB recently to get 2 cards for me and my partner using their Traveler Card for my overseas trip, they have minimal fees also.

I’ve been using the 28 Degrees MasterCard by Latitude recently after a friend put me onto it. No foreign transaction fees and decent exchange rates. The only fee are if you use bpay for your repayments but i use the free direct debit. You also get the free Boingo wifi which is great for global hot spots and as some Airlines use the ingogo system which you can use for free. Apple Google and Samsung Pay.

Yup, 28 Degrees card for me. So handy when travelling overseas, plus it was useful when I was buying things on Amazon in USD.

Here’s a recent post from Whirlpool which mentions some debit and credit cards to investigate for overseas trips.
https://forums.whirlpool.net.au/thread/3x264x73?p=20#r400

I have upbank. I really like it. Recently travelled to Singapore. Simple transfer of money from ANZ to my up bank. I had zero fees. One question? If I withdraw money from a ANZ, Commonwealth, UOB or Citybank ATM in say Bali. Would there be a fee if using Up Bank?

CUA have their Everyday Snap Account which gives you a rebate on international fees as long as you do most of your main banking using that account (sizable salary goes into it, you do other transactions, etc). ING have a similar account too. (disclosure – I work for CUA but this is a personal post as a long term Ausdroid reader and isn’t authorised – Always check the official website for product details)

Thanks Chris – my next big overseas trip probably isn’t until mid *next* year but still exciting to think about – and god those money options are so much improved from years past!

International payments have come such a long way. Travelling overseas used to be really stressful and a great way to rack up huge fees for not much .. fast forward to this year (and really, it was possible last year too) and you can do it fee free, without having to carry cash or anything else. It’s great!