HP has a strong history of producing great looking hardware and also – as a result – has earned huge respect in the market. The company’s offerings are rarely budget-friendly, but having had HP hardware in the past, they offer good value for what you pay in terms of the device longevity.

I’m starting to look at laptops again because I tend to replace mine about every 3 years. To fill the space I have for mobile hardware it has to be lightweight, perform well, have a great keyboard, ideally resale value and battery life that will last me a reasonably long day. For me right now this is covered by the combination of my 13” Macbook Pro and a Samsung Galaxy Tab S4.

So when the HP Spectre X360 (herein the 360) came through my inbox for a bit of hands-on time, I couldn’t refuse. I know I’m in a minority of users who have a desktop machine, laptop, phone and tablet but I like what that brings to my life.

The 360 has actually got me thinking about whether or not I need that extra device in my life.

Like most models of laptops these days, there are a few variants. The review unit we have is the 13.3” touch-screen sporting an i7 1065G7 CPU, 16GB RAM and 4K screen. There’s also an i5 version with FHD screen, 8GB ram and smaller SSD. Both models have on-board video; this is a workhorse, not a games machine.

The chassis presentation is the same regardless of model, but if it’s in your budget I can’t recommend the 4K screen highly enough because it’s so easy on your eyes and frankly – it’s breathtaking.

Given where we’re at with the USB C transition, with the older USB A connections now in a decline I was pleased to see that there is a single USB A port with two USB C. You can charge through either port and (unlike some other machines I’ve tried in the past) can use chargers that aren’t proprietary. To me, this signals that the transition is essentially over, but manufacturers are now catering to those users with older accessories. The webcam is tiny and has a hardware switch to disable it, great for privacy but if you’re using Windows Hello and knock that switch, you’ll potentially see some issues.

The full range of connectivity you would expect is here including Bluetooth and Wi-Fi. A machine like this is designed to be a mobile device but is very capable to be a desktop replacement as well. So a decent USB C dock to share video, data connection and charging the laptop will be a sound investment.

This is somewhat subjective but I really like the presentation of the machine generally and particularly the keyboard. I found the touch quite “clicky” for a laptop, which meant the feedback was good while typing.

What really stood out for me with the performance of the Spectre is the fact I didn’t notice any poor performance. Even when I was running on battery with power-saving wound right up, under a consistent workload there just weren’t any moments of performance frustration.

My workflow usually involves quite a bit of email, a lot of web access, Office 365 access, occasional sound or video editing and a bit of gaming – although that’s not a realistic option on a laptop with on-board video. I ran a couple of battery tests on the Spectre and was pretty happy with the results. Even running video streams with the screen brightness on max, I saw at least 7 hours of battery life. When adjusting the screen to a less retina destroying level, a full day of the screen on was no trouble.

The adjustments on power use were a simple mouse click away and easy to adjust if you needed more power on the fly. As you’d expect, the Spectre stores your settings for mains power use vs battery and will wind up the power when you plugin for a battery boost.

The Spectre fits in a really nice price point – stick with me here for a moment – where it’s not immediately in the reach of all buyers, but it is a good value offering. It offers really good, consistent and reliable performance for a price that makes it an investment that will last you a good few years. It won’t look out of place in a boardroom and will grab attention if you’re just using it while on the road or as a desktop replacement.

I know what I need from a laptop and these days, know from the on-paper specs whether the specs are going to meet my needs. I didn’t have any worries at all with the Spectre meeting my needs, but there were a couple of stand-out features in my time with it.

I haven’t yet touched on it because it deserves a stand-alone mention, the sound on the Spectre which is custom tuned by the team at Bang and Olufsen is a stand-out feature over other laptops I’ve used in the past. Don’t get me wrong, it’s not to the quality of a decent set of desktop speakers or good quality headphones, as a laptop – the sound here is excellent. There’s a nice balance to the sound and a clarity that typically doesn’t present from speakers this small. The four-speaker system means you’re getting sound from the base of the device as well as projected directly “at” you.

I already mentioned the battery tests I ran and the excellent outcomes. Given the occasional day trips I take interstate and road time, this excellent battery life means that I’m able to do these without carrying the excess weight of the charger.

This is a bit of a cross over of pro and con points for the Spectre. The fact it folds over to tablet mode or can sit in an A-frame setup is excellent, but some of the tablet functionality is compromised if you don’t have the touch-screen pen. To me, it’s a bit odd that the pen wasn’t included in the box – when you spend this much on a touch-screen laptop it’s insulting to have to spend another $150 to get the pen. In terms of general performance, whether it’s on battery or mains power I can’t really fault the performance of the Spectre X360. Being someone who is on the move a lot, I need to use my laptop well… on my lap.

After a while though, the Spectre was getting uncomfortably hot which forced me to either find a cushion, table or just stop working for a while for it to cool. For reference, when I was working and the heat got too much I was rarely using more than Chrome, Telegram and an email client and the CPU utilisation at the time was pretty low.

If all you need is a laptop for some email and web surfing, then you can probably go to one of the major retailers and get a Chromebook or $600 throwaway. There’s a couple of minor failings that will affect buying decisions for some users but if you can overcome them, this is a very good laptop. The general processing power of the Spectre well and truly covers the capacity to replace a desktop PC, with the only real failing of not having no graphic capacity for gaming. Where some other devices clearly belong at a higher level, the Spectre feels as it belongs in more a “prosumer” level and the price – as mentioned – matches.

The short answer is yes if you can overcome the barriers mentioned. Price, heat and if you need and are prepared to pay for the pen.

There are retail chain options for purchase or you can buy online direct from HP. It could be tempting to get the HD version, but the extra money when you’re already spending two grand is well worth the investment. 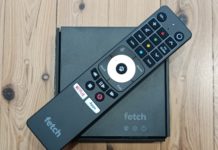 Phil, just thought of something to check, if you still have the Spectre.
Left/right audio swap, when the laptop is in tent mode, or landscape tablet mode with the rear vents pointing up.
With my Lenovo C340, when it’s in either mode, the audio is not flipped. When an on screen object moves from left to right, the associated audio tracks right to left, as though the laptop is still in laptop mode.
I’m wondering if the Spectre also has that problem.

Phil, a couple of questions.
What version of Windows 10 does this laptop ship with?
How does it compare to the Lenovo C340 14 inch, you reviewed in late November last year?

It comes with Windows 10 Home.
They’re very different market aims, the C340 is more a home consumer device at roughly half the price of the Spectre.
If you’re shopping on dollars but want a very functional device, grab the Lenovo.
The Spectre is far more an investment device.

From your review of the C340 14 inch, I bought the C340 15.6 inch shortly before Christmas, so I don’t see myself needing to shop for another laptop for several years. To me, the C340 feels more like it’s education and business focused, rather than home. The laptop that the C340 replaced, a mid 2008 Lenovo 3000 N200 15.6 inch, had an Nvidia GPU and dedicated video RAM, and as a consequence was definitely home and SOHO focused. Whereas the C340 doesn’t have that. Being on the pension, I do shop heavily on price. Even in the pre-Christmas sale prices,… Read more »