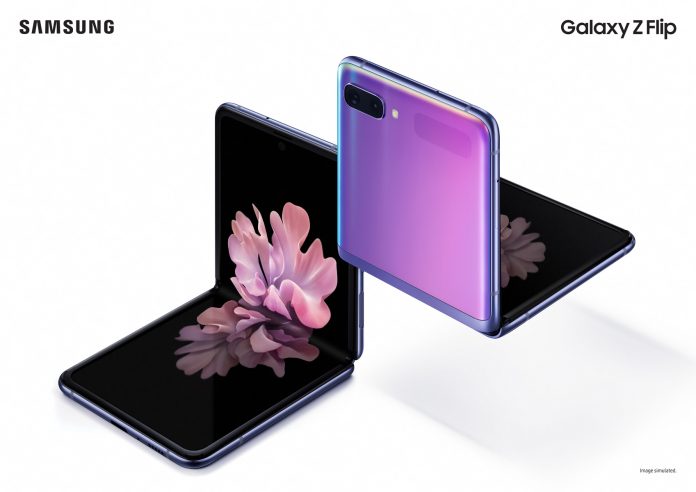 Samsung’s just unveiled its second generation foldable phone at its Unpacked event in San Francisco. The Galaxy Z Flip is a seriously impressive piece of hardware from a form and specs perspective.

If you had any doubt that the foldable phone market was a thing, let the Galaxy Z Flip set your mind at ease. Samsung looks to have tightened up and refined practically everything about the first generation of foldable devices in making it smaller and more pocketable for the new Galaxy Z Flip.

Folded, the Flip is about 7x9cm in your hand (73x87mm) and about 1.7cm thick. That’s an eminently handleable size, and it’ll feel a lot more familiar in the hand than the Galaxy Fold’s ultimately-odd tall/narrow profile. As you’d expect from a clamshell device, there’s a small 1.1-inch external display for notifications and the like.

Unfolded, the Flip reveals an impressive a 6.7-inch FHD+ Dynamic AMOLED display with a 21.9:9 aspect ratio. That’s no different to a larger smartphone in 2020 (and that aspect ratio speaks to a narrower, easier to handle design), and that’s kind of the point.

The Galaxy Z Flip could well be a normal smartphone when it’s open, except for the fact that it folds in half. 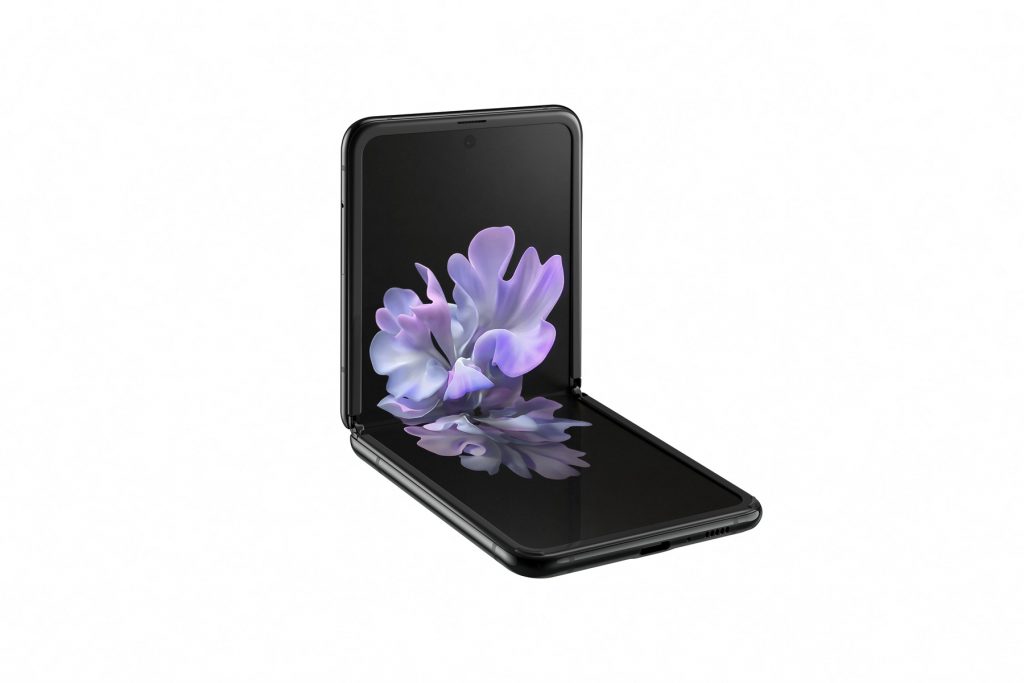 It’s fair to say Samsung might have gone a little nuts with cameras on the Galaxy Fold. The Galaxy Z Flip is a much simpler proposition.

On the imaging front, there’s a dual rear camera with two 12MP cameras (standard/wide and ultra-wide) with F1.8 and F2.2 apertures respectively. The main camera is sporting a large pixel sensor with a low aperture, so it should acquit itself well in low light. There’s also a 10MP front-facing selfie camera with an 80-degree field of view and an F2.4 aperture.

It’s not the latest triple camera you’d find on the Galaxy S20, but it also doesn’t have to be – you can get stellar performance from a dual camera (ask Google) and we expect this will be a very capable camera, like the Galaxy Fold before it.

On the inside, the Galaxy Z Flip also feels like a serious 2020 smartphone. Samsung’s packed a lot of bang for (probably a lot of) buck inside, with a latest-gen 7nm Octa-core processor paired with 8GB of RAM.

256GB of storage without a Micro SD slot strikes a nice balance between storing everything and carrying an SD card for it all (I’m yet to fill a 128GB phone, personally).

Those impressive internals are paired up with a 3,300mAh battery, far larger than we were expecting in a clamshell phone. Impressively, the Galaxy Z Flip also supports wireless charging (including fast charging), and can also handle wireless power sharing. Of course, you can also charge (and fast charge) over USB C.

The Galaxy Z Flip has been on our radar as “probably the foldable phone we want” for a while now, and its reveal this morning cements that position.

We’re short of local pricing and availability right now though (understandably, everyone’s excited about the Galaxy S20) so we expect that’ll solidify in the next few hours.