Home News and Editorial There is no way this is will be the Google Pixel 5... 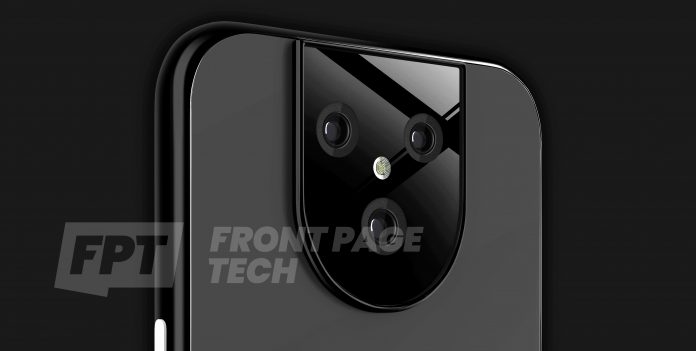 We know from previous years that Google are terrible at keeping their upcoming Pixel devices under wraps but that does not mean that every single Pixel leak we see should be considered real. As such I am going to preface this whole entire article by saying that I do not believe Google would make a Pixel phone like this and to take this with a massive helping of salt.

YouTuber Jon Prosser of FrontPageTech managed to get his hands on a CAD drawing of a Google Pixel 5 XL prototype but like me did not believe this would ever be a real thing. After verifying it with a reliable source he found at that it was one of three Pixel 5 XL prototypes in development. At this stage we are still a few months out from Google having to finalise the design of the Pixel 5 XL and it is not unusual for them to have several different prototypes in development so that is not surprising.

The renders show us the triple rear camera and as you can see (and hear) Google have decided that even though last year for the Pixel 4 XL they decided that a wide-angled lens is not required they have included on in the Pixel 5 XL prototypes. It seems that Google have realised things that other manufacturers realised years ago — wide-angled lenses are very handy in real world situations. Jon was unwilling to show the front of the device just yet as it is yet to be finalised — a hint he gave though was that there is still a large-ish forehead which means motion sense is most likely still included — hopefully it will be more useful than it is currently.

Apparently the other two Pixel 5 XL prototypes in developments share the same square camera module (we assume with triple rear cameras although this was not mentioned) as the Pixel 4 XL. At this stage there are no pictures of either of these.

It is very early but we know that Google is somehow (and unfortunately) an extremely leaky boat so we expect to see a lot more of these leaks in the coming months before the announcement in early October.

What do you think? Do you think Google would build a phone with a weird module like this on the rear? Would it put you off buying it?

That is easily the BEST triple camera bump I have ever seen! Way better than anything else currently out there, finally someone thought about the design properly!

Isn’t this the same guy who was pushing the ‘Pixel Ultra’ nonsense a couple of years ago?

Yeah….he’s full of crap. I’ll wait for a reliable leaker to put out something.

How many Australian apps support Face Unlock on Pixel 4?

Of course this won’t be the Pixel 5 and outlets like this one need to stop responding to FPT and John Prosser’s “exclusives” this way. For years he’s just been trying to benefit off of sensationalism without ever providing any real information to the conversation.

Do I think Google would build a weird looking phone ?
Well , Google does something weird with it’s smart phones every single year ,
Why should this year be anything different 😃.,