Last year when Qualcomm announced their new 865 chipset we wondered why they decided to separate the modem from the chipset given that putting it onto the chipset would save power. We speculated at the time that it was so they could update said modem at a later date — ie. it was not ready by the time the SD865 was announced.

Today it seems our speculation was correct with Qualcomm announcing their new 5G modem, the Snapdragon X60. The X60 is based on the 5nm process, the first chip to do so. 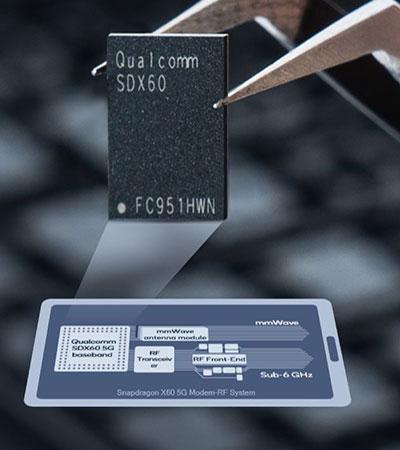 Without boring you with too much specifications and jargon the basics are that:

The new modem thus promises faster speeds with lower latency, something that we all want from our phones and our networks.

The chip is yet to be mass-produced with implementation beginning in the next few months. Samples of the SDX60 and QTM5353 will be shown of by Qualcomm in the first quarter of this year but we will not see any SDX60 modems arrive in our smartphones until next year.

For more information head on over to the Qualcomm site and read through the various details.