For most people in Australia, the fastest NBN plans available stop at 100 Mbps, but there are plans that are much faster than this. Plans up to 250 Mbps are available in some areas and from some providers, and after a pricing cut towards the end of last year, these plans have surged with a 28% increase in the high-speed offerings.

The recently announced 250 / 25 Mbps speed tier has a lower wholesale price than the previous 250 / 100 Mbps plans, and while they’re available to FTTP and HFC customers now, they may (eventually) become available to FTTC customers too when the in-street equipment is upgraded to support the faster speeds. FTTN and Fixed Wireless customers will likely be left behind here.

Aussie Broadband was one of the first NBN providers to adopt the new high-speed plans, offering the 250 / 25 Mbps plan for $169 a month. The earlier 250 Mbps plan (with faster upload speeds) was priced at $250 a month, and that $80 discount has helped – Aussie had 461 customers paying for the fastest plan offering, and this jumped to 623 by the end of December.

These aren’t huge numbers, but it’s a huge jump in customers prepared to pay the $169 a month price for these premium speeds. It’s also worth considering that these plans aren’t widely available – not all providers sell them, and even those that do, they’re not available in all areas. Only certain NBN Service Areas offer the service, as providers need extra capacity to support those customers.

Aussie Broadband has most of the 250 Mbps customers – just under half of all of them with 623 of a total of 1351 across all NBN providers.

These plan changes – and increased uptake – are positive signs, as NBN Co is expected to offer “up to gigabit” speed plans in the not too distant future. Again, with current technology, only FTTP and HFC customers will be able to take part; FTTC with current equipment can’t do more than 100 Mbps, and other connection technologies – FTTN, Fixed Wireless and Satellite – haven’t got a hope in hell of achieving these speeds.

One thing’s for sure – those “up to gigabit” speed plans aren’t going to be cheap. That’s a real shame, because you can get gigabit speed home broadband in a number of countries around the world in 2020, and they’re often significantly cheaper than even the 100 Mbps plans on offer here. Take Singapore, for example, where gigabit broadband costs just $35 a month from some providers. We won’t see that here. 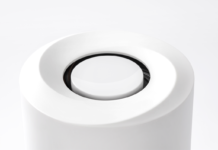 > These plan changes – and increased uptake – are positive signs, as NBN Co is expected to offer “up to gigabit” speed plans in the not too distant future. *** NBNCo have offered 1GBps plans at wholesale since December 2014. Australian preference for unlimited data over faster speeds means that RSPs haven’t found a way to sell these plans. —– > Aussie Broadband was the first NBN provider to adopt the new high-speed plans, offering the 250 / 25 Mbps plan for $169 a month. *** For those people working remotely, generating content or just participating in video conferences,… Read more »