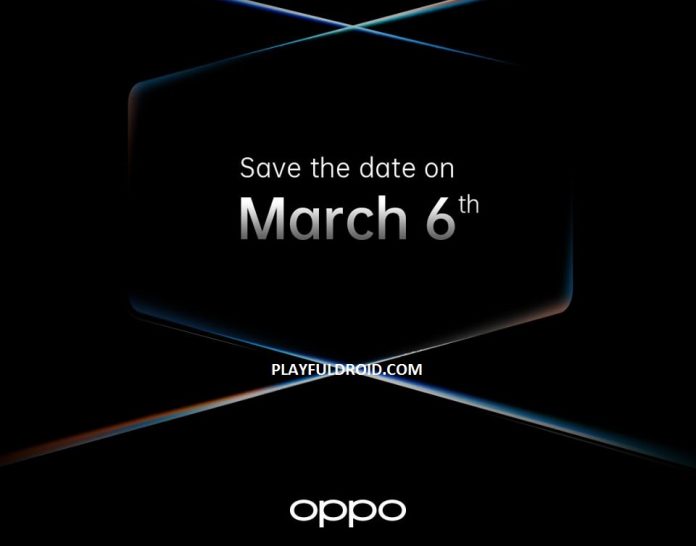 The OPPO Find X2 was originally slated to be announced on today’s date over in Barcelona, just prior to MWC. Of course the cancellation of MWC 2020 by the GSMA forced OPPO to change their plans and until now have not come up with anything that suited.

Playfuldroid is now reporting that OPPO are set to send out “Save the date” invites to media personnel that specify March 6 as the date for the Find X2 announcement. On the same date it is expected that we will also see OPPO’s first smartwatch revealed.

The OPPO Find X2 is expected to arrive in a standard X2 version and a Pro version as well. Expect both to have the 120Hz AMOLED display and quad cameras but we expect the Pro to have the higher quality camera with 60x zoom as well as a dual front-facing camera. Both versions are expected to run a Snapdragon 865 with at least one a 5G offering (no, it seems that you CAN make a 4G SD865 device) and house 8-12GB of RAM and most likely 256GB of onboard storage.

While this date is not official and we have contacted OPPO Australia for comment it is entirely possible that the date is not correct and this is all one big clever ruse. Hopefully it is not as we have waited far too long now for the Find X2 to be unveiled.. We will hopefully know officially very soon.