Home News and Editorial Huawei offers some more details about AppGallery, their own Android app store

At their overnight product launch event, Huawei offered some details about their intentions and vision for AppGallery, its own-branded app store that is key to building a non-Google app ecosystem for the company’s Android devices.

The company is doubling down on security, privacy and quality for AppGallery going forward. These claims aren’t unusual for a mobile storefront, but they’re also big enough concepts that it can be hard to glean the actual meaning behind the claims. It’s also important to remember that AppGallery already exists – its been powering app distribution on Huawei devices in non-Googley territories (read: China) for a while, and the company ships the storefront app on Google-approved devices in the West as well.

So, what’s Huawei actually announced today? There’s a number of announcements across multiple areas of running an app store, but with the focus on those key pillars.

Firstly, Huawei says it’s not letting developers onto the system until they’ve verified their real names (presumably this extends to some kind of contact / verification within a corporate structure for companies like Epic Games, whose Fortnite installer is available in AppGallery).

They also talk about a four-step review process and stringent checks of apps to ensure apps don’t perform any malicious operations — which sure sounds like they intend to operate AppGallery in a way more like Apple’s App Store where apps are checked and verified, rather than the relative free-for-all that’s Google’s Play store. It’s not clear whether these checks are already in place.

There’s a commitment that users’ personal data (including biometrics) stays on the device and would only be aggregated anonymously within the user’s region (presumably this means AppGallery won’t “phone home” to out-of-region servers with information about what you’re doing).

Huawei also seems to be making a play for its own app ecosystem, called Quick Apps – a standard that they say is already in use in China (to the tune of some 1,700 apps) and due to be opened up to the wider world through App Gallery.

Quick Apps appear to be HTML5-based applications that take up a fraction of the space of an Android app and can be distributed through App Gallery. It’s not clear whether they’re related to the PWA standard or run via their own standards, but they do say that they can be run on desktop computers as well. While we tend to assume Huawei can’t bring any US-based apps to its app store, it seems that’s not entirely true. Some apps are available, and for others the company is finding interesting ways around restrictions.

For example, searching for “Facebook” takes you to an external web link on Facebook’s website that lets you install an APK provided by Facebook. Snapchat is available (and was updated in January). Twitter is available, but it looks like it’s a fairly old version.

If there’s an app users want that isn’t provided or handled in some way by AppGallery, there’s a “wish list” feature that lets users tell Huawei which apps they want to see. Presumably this will encourage Huawei to go to those developers and try to bring them into the fold. There’s some good reasons for developers to do this as well – for games and standalone apps it’s access to a potentially huge market – and not just in China. 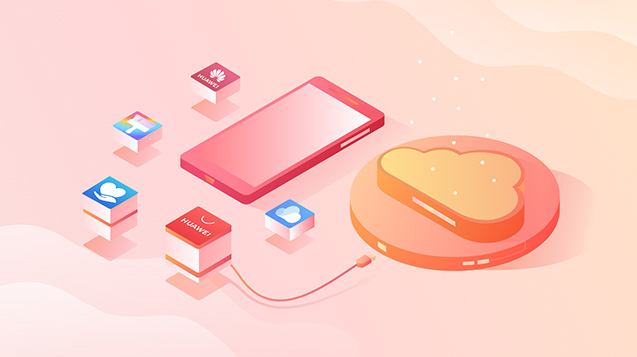 In many ways the announcements aren’t surprising — of course you want your app store to make commitments about privacy and security. It will be interesting to see how AppGallery evolves into a bigger and more widely-adopted service and whether it becomes embraced in the West.