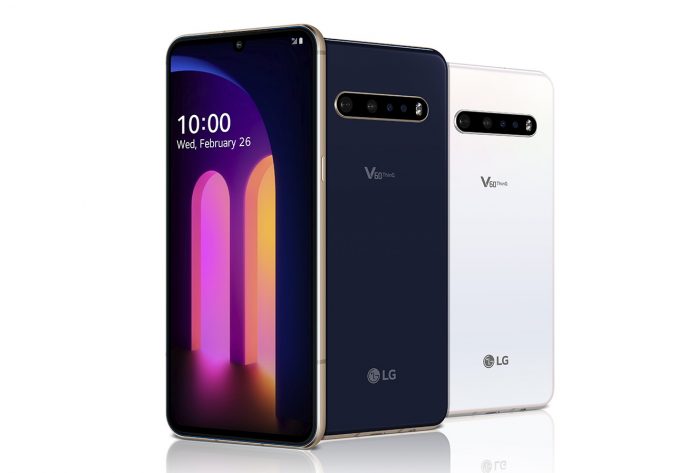 The new device ticks all the boxes for modern smartphones – 5G connectivity, multiple rear cameras, and a Snapdragon 865 processor. It even has a second screen that folds out.

However, that last point is a bit of an issue – it’s a little surprising that LG is still sticking to its guns on the fold-out second display when it seemed to be so ill-considered on the previous model. Usability problems were the main concern on the V50, such as the difficulty most humans have reaching a thumb across two displays to access a keyboard that only shows up on the primary screen in most apps. 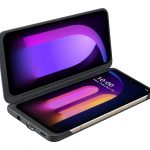 The dual-display case has been upgraded to a slightly larger screen size without adding significant weight or thickness thanks to a thinner OLED panel.

Key hardware specs of the V60 include the aforementioned Snapdragon 865 processor, 8GB of RAM, 128GB or 256GB of expandable storage, and a large 5000 mAh battery. The rear camera array includes a 64MP f/1.8 primary lens paired with a 13MP f/1.9 wide angle and a ToF sensor. There’s also a headphone jack on the bottom edge of the device.

The display is a large 6.8-inch OLED with an under-screen fingerprint sensor and a small notch that houses a 10MP front-facing camera.

The V60 ThinQ is launching next month with pricing yet to be confirmed, however LG says it will undercut the Samsung Galaxy S20 which is priced at $1499 locally. Two colours are available, namely Classy Blue, and Classy White.

Has LG said anything about an Australian release?

not yet.
“At this point in time, we don’t have any news to announce about the LG V60 availability in Australia however we will share any additional updates on this going forward”

I’ve got an LG v50 thinq. It’s got some really nice features…the screen is bright and clear.

Still waiting for the (supposedly) coming, Android 10 update. The second screen is interesting but has no capability to have say Netflix run across both screens. So it’s only a dual screen feature.

I know this would have a gap where the hinge is but feels underdone in terms of what it could do.

Still waiting for any 5G to be rolled out be Telstra in Brisbane suburbs so this part is still basically useless.

Just read another article that says the new LG V60 has some additional smarts in the software to address the v50 lack of screen smarts….let’s hope this comes as an update to the LG V50 as well!

Hi Tango India Mike, You are not alone. I also bought the LG v50 thinq in about late August or early September, about a month before the price drop, unfortunately. I bought to be my work phone and I find it works really well as I can have Microsoft Outlook on the 2nd screen and a Browser or another app, such as OneDrive, SharePoint or Word / Excel / PowerPoint on the other. I would love to be able to have it work something like what Microsoft has shown with their Duo, but alas it doesn’t. I get quite irritated… Read more »

Thanks David for your response and info. I agree with you on the Microsoft Duo…having now used the LG and gotten used to the second screen the Duo looks like a winner…..depending on price!

Maybe we’ll get lucky in the meantime and get an Android 10 update from LG with a few v60 features….but only if we’re lucky!