Home Mobiles 5G Telstra to switch on mmWave 5G in 2020 but not available to... 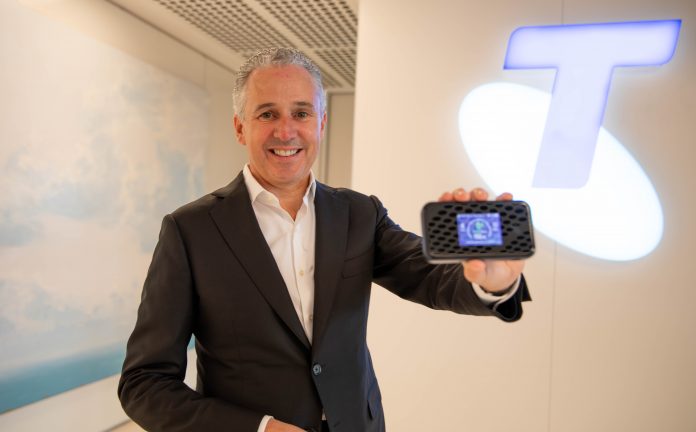 Today at a briefing in Melbourne Telstra’s CEO Andy Penn outlined their plans for 5G and announced their new wave of 5G technology — mmWave.

Telstra are set to turn on their mmWave technology this year, having been granted early access ACMA scientific licences before the mmWave spectrum auctions set for next year, to run trials at various locations. Those locations were not divulged but the mention of Gill (AFL CEO) and the MCG were mentioned.

mmWave 5G technology allows greater capacity on the network but the downside is that it has less propagation. The ultimate result for Telstra is to have devices and the technology in their network to be able to take advantage of their current mid-band, high propagation 5G and at the same time use the high capacity mmWave 5G.

The new 26GHz band will be the first mmWave band to be used for mobile services in Australia with some lucky Aussies being within the areas of these trials getting to experience the mmWave technology before the rest of us.

Not only will customers be able to enjoy trying out the benefits of mmWave in selected areas early, it means we will be on the front foot when spectrum is made available via the auction in 2021.Andy Penn, Telstra CEO

As for the future of the 5G network and plans Telstra is looking at introducing tiered plans for users who want and need different things from their network — eg. high latency for gamers etc.

Telstra are hoping to deploy the 5G mmWave technology to the general population in early next year.

In a world’s first Telstra have also extended the range of a 4G tower to 200km, up from the previous 100km. This will allow rural areas to expand their IoT usage and was actually achieved with just a software upgrade made possible by Ericsson — no extra hardware required.

Telstra are leading the Australian 5G market and by a long way according to Mr Penn and are looking to continue that in the future with their mmWave technologies and are also continuing to expand their 4G network at the same time for locations where there is no 5G network.

A strong Telstra means a strong opposition and has everyone pushing hard to compete. Hopefully in the end we, the consumer, win with better networks at cheaper prices.

What do you think? Are you excited for mmWave 5G? Do you already use their 5G network and what are your thoughts on it?

Even though my Galaxy Note 10+5G and LG v50 5G tell me they are connected to 5G, the through-put and speed performance I am getting don’t fill me with a desire to pay extra. It may be network congestion in the CBD and Southbank in Melbourne, but I am seeing lower quality streaming than 2 or 3 years ago.